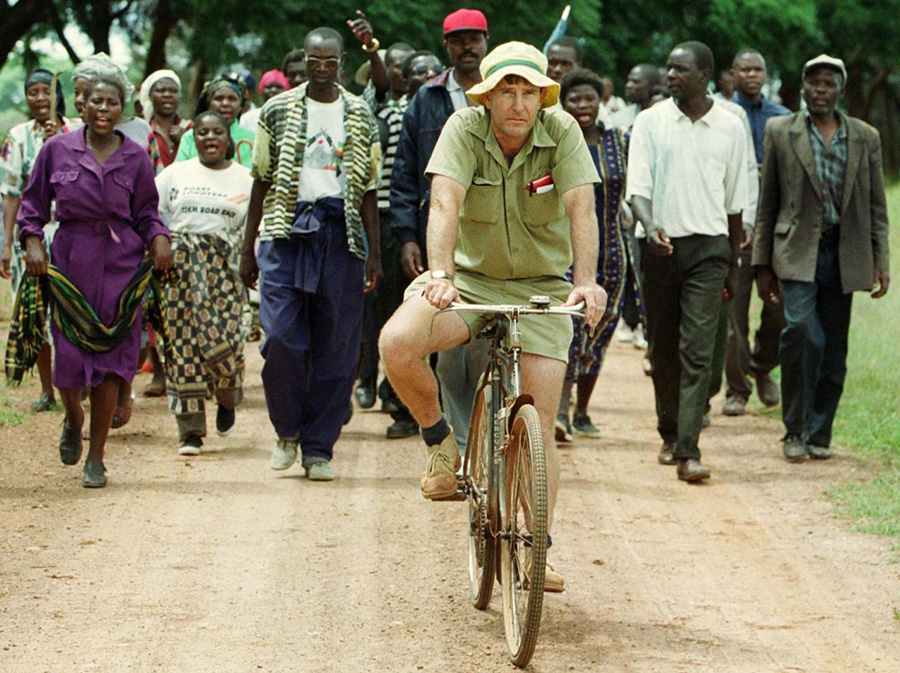 ZIMBABWE’S Economic and Structural Adjustment Programme (ESAP), supported by the World Bank, dismantled many of the controls regulating the country’s economy.

However, the severe drought of 1992 left Zimbabwe in its worst recession since 1930.

Despite the drought, the Government continued with the reforms; making considerable progress in trade liberalisation and domestic deregulation.

In 1994, the manufacturing sector achieved encouraging growth while its exports increased.

The freeing of the maize market, in particular, benefitted the urban poor, both nutritionally and economically.

As subsidies on processed maize meal were removed, small-scale hammer millers moved in to produce straight-run and nutritionally better maize meal; priced comparable to, or lower than, the old subsidised price of roller meal.

At the same time, the availability of urban transport also improved with the increased introduction of privately-run commuter omnibuses.

However, Industry in Zimbabwe, as a result of ESAP, as with other industries on African debtor nations, did not exhibit the dynamism and competitiveness anticipated and that had characterised the East Asian economies between 1980 and 1996.

The programme’s success in economic liberalisation could not be matched in the implementation of fiscal reforms and social welfare programmes since the adoption of the economic and structural adjustment policy reflected the values and choices of the industrialised West’s ruling classes and their multi-national corporations; negating structures for protecting the poor and vulnerable in society.

Once the Government failed to meet certain IMF-World Bank-imposed measures such as drastic retrenchment, the promised loans were withheld and/or cancelled altogether.

As such, the World Bank, IMF et al, forced the Government to reduce spending on basic human needs and necessities, such as the elimination of subsidies on basic commodities (maize meal) as well as reduced spending on social welfare and social programmes such as health and education.

As elsewhere, the elimination of price controls in Zimbabwe on manufactured goods, retrenchment of workers, devaluation of currency and privatisation of Government industries in Zimbabwe resulted in a sharp shrinkage of disposable income for middle urbanites and the working class while further marginalising the poor, especially women and children.

Unfortunately, the World Bank and IMF requirements and mass protests due to the devastating impoverishment exacerbated by SAPs led to economic instability.

In Zimbabwe, as in many sub-Saharan countries, the programmes generally led to retrenchment, skyrocketing prices of goods, record levels of inflation, unemployment and steep devaluation of the local currencies.

The fall-out with the Bretton Woods Institutions and the subsequent withdrawal of development partners also led to the drying up of traditional sources of external financing.

As inflation progressively rose, the average consumer’s real income fell drastically as wages could not keep pace; a scenario being witnessed again in Zimbabwe today.

As a result of the inflationary pressures, a thriving (illegal) parallel market developed; again, a scenario being repeated less than two decades later, with the resultant shortages of basic goods, which then, as now, witnessed basic goods being sold in foreign currency at a much higher price – most being out of reach for the majority of Zimbabwean consumers

Many Zimbabwe found it extremely difficult to cope with the overall effects of structural adjustment policies which included the problems caused by the withdrawal of subsidies on health, education, transportation and agricultural inputs, the high cost of utilities, the retrenchment of labour and the subsequent high rate of unemployment.

The Government addressed these shortcomings through a new Poverty Alleviation Action Plan.

Zimbabwe’s Poverty Alleviation Action Plan incorporated many of the lessons drawn from the first phase of ESAP.

The guiding principle of the new plan was to decentralise decision-making; projects were identified at the village level and approved at district level.

The policies reluctantly pursued by the Government in compliance with SAPs created distortions which pushed the economy towards macro-economic instability, furthering unemployment and increased impoverishment.

By 1997, Zimbabwe was in the throes of an economic crisis as spiralling food and fuel prices encouraged urban protests and strikes.

The next phase of economic recovery consisted of another set of policies called the Zimbabwe Programme for Economic and Social Transformation (ZIMPREST) that was to take place from 1996 to 2000, aimed at improving the goals of ESAP.

However, according to some, due to poor fiscal policies, the budget deficit continued to grow while foreign currency reserves remained low.

By 1997, much of Zimbabwe’s very fertile land was still in the hands of white farmers.

Additionally, a disproportionate amount of the redistributed land was being held by fewer than 600, mostly wealthy, well-connected landowners; many with multiple properties.

In the wake of growing confrontations between the British Government, other donors and the Zimbabwean Government, over the financing of land transferences, and a Government notice of November 1997, for the compulsory acquisition of 1 471 farms (about 3,9 million ha), an international donors’ conference on land reform and resettlement was held in September 1998.

This forum aimed to build a consensus among various stakeholders in land reform.

A set of principles was adopted to govern ‘Phase Two’ of land resettlement in Zimbabwe, including respect for a legal process, transparency, poverty reduction, affordability and consistency with Zimbabwe’s wider economic interests.

A technical committee worked on finalising the details of the new system.

Nevertheless, relations between the donors and the Government broke down.

The Zimbabwe Government accused the donors of reneging on their financial pledges and of protecting the neo-colonial interests of white-owned agribusiness while the donors counter-accused the Government of continued lack of transparency and failure to adhere to the principles agreed at the conference.

New conditions relating to governance were attached to funding for land reform.

Despite these difficulties, some progress was made.

By the end of 1999, thirty-five farms totalling 70 000 ha had been purchased, with others in line to be acquired.

A draft land tax bill had been produced, with steps taken to limit farm sizes.