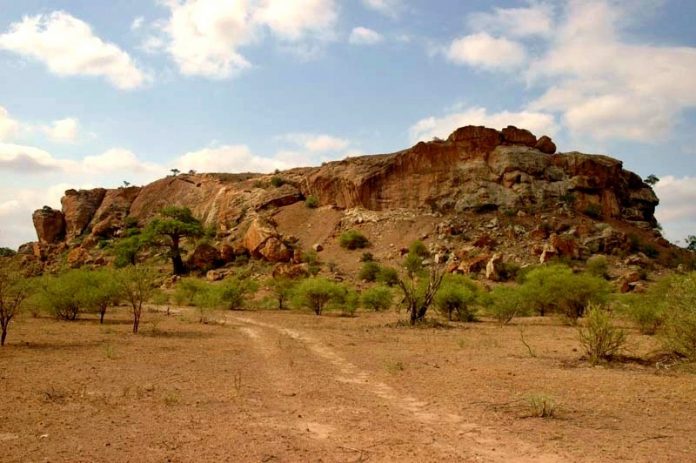 SHONA is a very rich southern Bantu language which comprises dialects such as Karanga, Zezuru, Ndau and Korekore, just to name a few.

Nowadays, written Shona is made possible by the use of the English alphabet.

This may seem like a necessary measure for Shona to be written down because, prior to the coming of whites, it was largely a spoken language with no alphabet.

But what if we were told there was an ancient writing that was used in Southern Africa, more than a millennium before whites surfaced in the region.

This is actually a true fact.

The Machema ruins at Mapungubwe in northern South Africa contain stone brick walls and a conical tower that predated, but were directly related to, those of Great Zimbabwe.

In these walls is an ancient Shemitic writing called Sabaic. Interestingly, the stone brick building technique and conical tower symbology of Zimbabwe and Mapungubwe was shared and originated from Saba (Sheba), now called Yemen.

The writing evolved from the Proto Semitic script, to Paleo Hebrew and finally to Sabaic.

It was exported to Arabia by Israelites, particularly Judeans who accompanied Menyelek, the son of Solomon and Makeda, the queen of Sheba, to Ethiopia and Yemen.

The Sabaic script was then adopted by the people of Minao.

It also was combined with the Nabataean script and brought forth Arabic which was pioneered by Muhammad, the prophet of Islam.

In Ethiopia, the Sabaic script was made to accommodate indigenous languages such as Amharic and Tigrinya which were part Shemitic and Hamitic.

The Hamitic influence demanded for the syllables to carry rigid vowel ends in the way most southern Bantu languages do. This differs from Indo-European languages, like English, which often end with consonants.

For example, when we look at the words Zimbabwe and England.

The former has a clear –i-a-e vocalisation in all its three syllables.

Yet the latter ends with –ng-nd and only employs vowels at the syllable beginnings.

This illustrates the incompatibility that exists in-between the Shona and English language.

Every word spoken in Shona and other southern Bantu languages, like Ndebele, must have syllables that end with a vowelisation.

Shona thus needs a writing that encapsulates this prerequisite and has been formed to sound word components like ‘gwa’, ‘ngwe’, ‘dzvi’, ‘mbwo’ or ‘nzve’, among others.

English was meant to sound out consonant-based languages. These require the specification of enunciation because of the existence of multiple word-end options in those languages.

Those of the English language can end with any of the letters of the alphabet.

Thus, the English writing, in its current form, is perfect for English enunciation and pronunciation specification.

But the Shona language only carries multiple alphabet randomisations at the beginnings of syllables.

This feat makes it hard to dictate Shona words that are written in English letters.

The brain takes time to process word components like ‘nzve’, thus leading the reader to read Shona relatively slower than he or she reads English.

Ideally, ‘nzv’– should be a one letter word, with a vowel marker for ‘—e’.

‘Nzvenzvana’ is a three not 10-letter word.

Shona must be written in the same way it is spoken.

Fortunately, the ancient Sabaic characters found at the Machema site in Mapungubwe were used to fit the requirements of Ethiopian languages.

The characters were allocated vowel markers and this makes the Ethiopian characters called Ge’ez compatible to Shona and other southern Bantu languages.

These vowel markers were inspired by Arabic, which employed them for vowel specification purposes.

The prefix ‘mu-’ which is used in words like ‘murimi’ (farmer), munyori (writer) and so on, is found carrying the same meaning in Arabic words like Muhammad (praised one), mujahadin (struggler) and so on.

The Ethiopic script is beautiful, especially when written free hand.

It is rooted in the earliest of written languages and, through this, it has hieroglyphic origins which can be used as pneumatic devices for ease of memory.

For example, the character ‘s’ , from the Hebrew word sin (zino) which means tooth, actually came from a drawing of teeth.

After all the character evolutions, the character retained its basic shape which still reminds the reader of teeth and thus the sound of ‘s’, which begins in the word sin.

After a decade of studying oriental and Shemitic languages and writings, I am happy to inform the reader that Shona can now be written in a language besides the English base.

Beforehand, I had resorted to using the Japanese characters called Katakana which were reserved for words that were foreign to the Japanese.

The Japanese talk like the Shona and their writings flow in the same way they talk.

Though I used these characters to write chiShona in the same way the Japanese Ambassador does when he recites the Zimbabwean national anthem, I could not find a historical connection between Japanese writing and the Shona language.

Also, the strokes were too many and the styles too complex for fellow Zimbabweans who hadn’t studied in the east to read, write or understand.

It was none other than the Sabaic characters that had previously entered the region of Southern Africa and were in the possession of the Remba or Lemba people whose ancestors were from Saba, but were maternally and thus ethnically Karanga and/or Venda.

The accounts of the Queen of Sheba, ruling Ophir as part of her ginormous hegemony and hosting Afro-Asiatic people like Hiram of Tyre and Solomon of Israel, should therefore not be doubted because a pre-colonial stone temple with a Shemitic writing stands in the south of Africa.

This is a heritage of writing that our ancestors left for us to rediscover and selfishly use to express our mother tongue in writing.

Ethiopic is the Hamitic derivative of Sabaic and it is currently used by more than a 100 million people in and out of Ethiopia.

Adopting it as a writing in Zimbabwe and other Bantu-speaking regions will empower a fellow African writing as opposed to English which is a colonial one.

This will allow Africans to operate and communicate without interference from the West as long as they speak in Shona and write it in Sabaic/Ethiopic form.

The language and writing compatibility and symbiosis is sound.

Shona will become faster to read after people programme their minds to understand each character, its aesthetic history and the vowel markers.

This will further enrich the Shona language and leverage its modernisation, which is greatly required if Africans are to ever experience a renaissance in the fields of the arts and sciences.

Expressing oneself in a foreign tongue and expressing one’s own language in a foreign writing are the factors that are limiting the intellectual growth of Africans, and thus their development

Rather, this empowers the former colonisers, such as the French and British, whose languages and writings we continue to use to express ourselves.