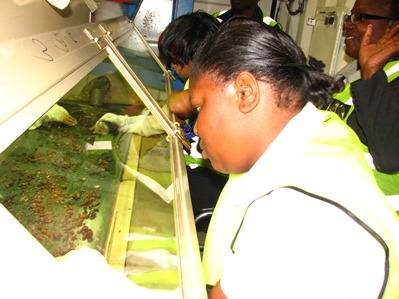 SINCE February 18 2002 every year, the European Union (EU) makes what they think is a grand announcement.
The bloc every year announces the review of the illegal economic sanctions they imposed against Zimbabwe at the instigation of Britain.
So far they have kept the embargo in place only removing a few names on the sanctions list.
But times and events have pointed towards a reluctant and sometimes muted admission that the embargo has failed to serve its purpose.
In recent years, Zimbabwe has emerged stronger and emboldened by the birth of a new economy that is driven by locals, who have been most affected by the so-called targeted sanctions.
Within the EU, Britain which accosted the bloc to hurt Zimbabwe now finds its racially bigoted position against this country harder and harder to defend.
Critical players in the EU who have been affected by the embargo of the widely discredited embargo are beginning to make overt steps towards cutting lucrative deals with Zimbabwe, a move made more compelling and uncontrollable by the economic mayhem afflicting the West.
The riches of Chiadzwa have immensely changed the anti-Zimbabwe stance.
Far from making their intentions of harvesting the vast Chiadzwa Diamond Fields a secret, some EU countries are coming out in the open to declare their intentions of investing in Zimbabwe.
Belgium has broken ranks with the bloc and lifted sanctions on the Zimbabwe Mining Development Corporation (ZMDC), one of the many state enterprises that were under the blanket embargo.
Already Zimbabwe has auctioned its diamonds in Antwerp.
While those in favour of the sanctions within the EU were still smarting from the embarrassing divisions over the Zimbabwean issue, the boat was recently rocked by yet another storm.
A few weeks ago, a leading member of the EU Parliament strongly criticised the bloc for employing double standards by maintaining punitive economic sanctions on Zimbabwe.
In a damning exposure of the EU, the lawmaker also condemned the grouping for reneging on its undertaking to recognise the outcome of the July 31 harmonised elections, which ZANU PF won thunderously after seeing off the MDC formations.
In a priority-question written to the European Council, Portugal’s representative in the Seventh Legislature, Mr Mario David, said other countries were more deserving of sanctions than Zimbabwe whose human rights record was incontestable.
The European Council is an institution of the union and consists of all EU heads of state and government; the president of the European Commission and the council president.
It defines the general political direction and priorities of the EU.
David, who is also the co-chair of the Foreign Affairs Working Group in the Parliament, challenged the grouping to appraise Harare’s human rights and democratic principles record against that of other nations, which are not under similar sanctions.
He said the EU should ‘lift the sanctions against Zimbabwe’ during its annual review meeting this month, adding that allowing the country to sell Marange diamonds in Antwerp was a selfish decision meant to benefit the European industry.
It is in light of this view that the current palpable silence by the EU on the logic of maintaining the sanctions must be understood in the context of the threat posed by Zimbabwe’s indigenisation and economic empowerment programmes to the West’ interests.
The sanctions led the country to embark on a painful and long road to upliftment of the majority which led to the embargo becoming redundant as a new economy, run by indigenes, emerged.
It might be struggling, but it is controlled by indigenes.
For many Zimbabweans and indeed those in the EU, there is general agreement that locals can do it on their own.
It is destination in sight for many Zimbabweans.
Mr David rightly points out that the sanctions have affected the ordinary man and woman more than anyone else.
“The  grave economic and social consequences of the sanctions have caused deep suffering among the Zimbabwean people, in particular among the poorer members of society, by restricting employment, social services provision and development opportunities,” said the Angolan-born parliamentarian in a note made on January 9.
“When the EU reviews the subject in February 2014, it will be time for it to lift the sanctions against Zimbabwe and to restart mutual political and economic co-operation in all fields, which will only prove beneficial to both sides.
“The EU should not employ double standards in dealing with its partners.
“If the EU were to appraise respect for human rights, democratic principles and the rule of law seriously and coherently, how many countries would face sanctions?
“No matter what kind of ‘excuses’ are found to justify the lifting of sanctions on the export of diamonds, no one would understand it to be anything, but a hypocritical decision taken in the interests of the EU industry.”
Mr David, who was elected by the Portuguese Social Democrat Party (PSD) into the European Parliament, questioned the EU’s negative stance against the outcome of Zimbabwe’s national elections despite having earlier undertaken to recognise it.
“Council Decision 2012 / 97/CFSP of February 17 2012 recognised that the creation of the GNU afforded an opportunity to re-establish a constructive relationship between the EU and Zimbabwe,” he said.
“More recently, the EU has given an undertaking to respect both the outcome of the July 31 2013 harmonised elections and the assessment of those elections by the ACP Group, SADC and African Union observation missions.
“The elections that were deemed by most international observers as the most free, fair and peaceful to have been held in Zimbabwe’s history, were, to the surprise of the international community, those that gave President Robert Mugabe and ZANU PF the largest and most credible victory.”
What is clear is that the EU policy on Zimbabwe has, to use a cliché, crumbled like a deck of cards.
Let those with ears listen.