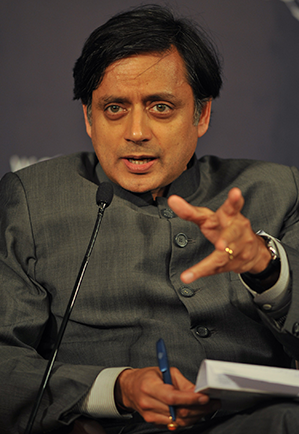 THE Europeans from England, Spain, France, Belgium, Germany and others made enormous amounts of money by colonising foreign countries and controlling trade routes.
Today, these European countries are prosperous and stable due to the profits they made from the exploitation of indigenous people.
Filed in 2009, the Mau Mau claim for justice and compensation was the first of its kind against the former British Empire.
Following the compensation to the Mau Mau survivors by the British government, families of 33 pro-independence Malawian fighters who were killed in the 1950s are demanding 100 million pounds compensation from the UK for ‘unjustified killings’ perpetrated towards the end of colonial rule.
Here is the background to the Malawian claim.
On March 3 1959, Britain imposed a state of emergency in Nyasaland to stop protests by political activists of the Nyasaland African Congress fighting for independence, led by Hastings Kamuzu Banda.
Among the peaceful and unarmed protesters were three pregnant women.
They marched to demonstrate against the arrest of freedom fighters.
They were on a passenger ship on the shores of Lake Malawi.
During what the British called ‘Operation Sunrise’, 51 Malawians were massacred and 1 300 were arrested.
They were buried in a mass grave at the beach at Nkhata Bay.
Since independence in 1964, the 33 people have been remembered as martyrs on March 3.
Raphael Mhone, a lawyer representing the massacred victims said: “The families of the 33 deceased are mourning year in and year out.
“The killings created a lot of challenges to families because some of those killed were breadwinners.
“It should also be borne in mind that apart from creating economic and social challenges to such families, the mere fact that they were innocently killed warrants compensation from those responsible.”
However, Malawi is not the only colonial country speaking about the atrocities of Britain during colonial rule.
In the Logical Indian Newspaper dated July 15 2015, UK Congress Member of Parliament Shashi Tharoor gave a speech published on the internet in which he addressed the Oxford Union Society.
He strongly argued that Britain owes reparations to her former colonies.
This includes Zimbabwe.
Shashi Taro referred specifically to India and said that India was governed for the benefit of the British for 200 years.
Speaking to many people at the gathering, he said: “What did 200 years of British rule cost us?
“India had been 23 percent of the global economy in the early 18th century.
“When the British left 200 years later, they’d managed to bring it down to a mere four percent!
“And that is just a fraction of what the British did.”
He went on to argue that Britain’s industrialisation was largely centred on the de-industrialisation of India.
He added that: “By the end of 19th century, one fifth of the elites of the wealthy class in Britain in the 19th century owed their money to transporting three million Africans across the waters.
“And in fact in 1833 when slavery was abolished and what happened was a compensation of 20 million pounds was paid not as reparations to those who had lost their lives or who had suffered or been oppressed by slavery, but to those who had lost their property.”
He then pointed out that: “There have been incidents of racial violence, of loot, of massacres, of bloodshed, of transportation and in India’s case even one of our last Mughal emperors… the dehumanisation of Africans in the Caribbean, the massive psychological damage that has been done, the undermining of social traditions, of the property rights, of the authority structures of the societies – all in the interest of British colonialism and the fact remains that many of today’s problems in these countries including the persistence and in some cases the creation of racial, of ethnic, of religious tensions were the direct result of colonialism.
“So there is a moral debt that needs to be paid.”
In the Caribbean, a dozen countries launched a united effort seeking compensation from three European nations for the Atlantic slave trade.
The Caribbean Community took up the cause of compensation for slavery and the genocide of native peoples and are preparing for a battle with governments of Britain, France and the Netherlands.
The legacy and pain of the slave trade includes widespread poverty and under-development.
This claim will force the countries that benefitted from slavery to consider reparations.
Leaders from the 14 Caricom nations voted unanimously at a meeting held in Trinidad to begin a joint campaign for reparations and compensation for slavery.
They agreed to focus on Britain on behalf of the English-speaking Caribbean, France for the slavery in Haiti and the Netherlands for Suriname.
Verene Shepherd, chairwoman of the national reparations commission in Jamaica, noted that Britain at the time of emancipation in 1834 paid £20 million to British planters in the Caribbean, the equivalent of £200 billion now.
“Our ancestors got nothing,” Shepherd said.
“They got their freedom and they were told ‘Go develop yourselves’.”
France also acknowledged the wrongs done to the black people during slavery.
After the Haitian earthquake of January 2010, Sarkozy, the then French Prime Minister was asked about reparations for slavery and the 90 million gold francs demanded by Napoleon to recognise the country’s independence.
Sarkozy then acknowledged the ‘wounds of colonisation’ and pointed out that France had cancelled a 56 million dollar debt to Paris and approved an aid package that included US$40 million in budget support for the Haitian government.
Britain’s acknowledgement of its wrongs to the Mau Mau should open the doors for discussion over the many atrocities and inhuman treatment of Africans and other people colonised by the British.
British colonial repression also occurred in Palestine, and then Malaya, Kenya, Cyprus, Northern Ireland and elsewhere.
After the Mau Mau compensation, Britain now faces potential claims from across its former empire.
Regardless of future claims, the British can no longer hide the legacy of their past.
The heroes of the Mau Mau resistance in Kenya have started a fire.