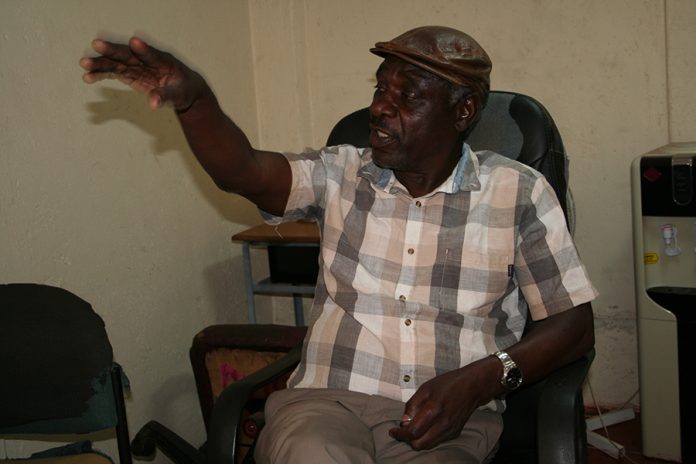 The story of Solomon Gonye, alias Cde Guy One

THE journey to the war front was not easy; crossing through Gonarezhou Game Park to avoid attacks by Rhodesians’ Grey Scouts was arduous.
The Grey Scouts used to patrol the 5 000 square kilometres which have the largest population of elephants in the country.
It was war — zvaida kushinga.
Upon completion of my six months training at Tembwe Military Training Camp, popularly known as Chikoro Chehondo, we spent two weeks in Chimoio awaiting deployment to Gaza Province.
It took us two days to cross Gonarezhou, fortunately we did not encounter any attack.
We took our first rest in Mpapa Village before proceeding to Gudo Village where we were to meet our commanders for further deployment.
A helicopter which had Red Cross insignia flew past us while we were in Buffalo Ranch.
Some of our combatants suggested we gun down the helicopter but our commander, Cde Mapamba, duly informed us that we never attacked Red Cross helicopters or vehicles.
The helicopter, we later learnt, belonged to the Rhodies who contacted their ground force which laid an ambush a few kilometres from Ricky Compound where we intended to get food.
Ricky Farm was along our route, hence we had collaborators who organised food for us which was cooked by the women from the compound.
We were easily detected because we were many — about 75 of us.
And we never thought we would be seen since we were moving in a cattle ranch where Rhodesians had never operated before.
We took battle formation 200 metres from the compound as we sent our political commissars to the compound to organise food.
We were tired and hungry.
I had blisters and sores on my feet from the walking.
This turned to be the worst assignment for me since I had no shoes.
We spent close to two hours waiting for the food and we became suspicious and made a follow-up.
Little did we know we were in the Rhodesians’ killing bag.
The enemy had made a counter battle formation.
I was among the five near links to the enemy’s battle formation.
Our position rendered us helpless since we could not fire at the enemy as we risked being killed by friendly fire.
I instinctively fell on the ground when the firing started because I was close to the enemy and the other fire was coming from my fellow comrades.
The exchange was intense; for the next 20 minutes I kept my position.
I was with four other comrades on my position and we rushed to an anthill which was close by and relentlessly fired towards the enemy for about five to 10 minutes.
One of our combatants fired two boozes from his mortar 62 and it fell right into the enemy’s side and there was silence.
The enemy never returned fire; those two boozes silenced the enemy.
After the battle, we proceeded to Gudo Village where I was chosen, together with Cdes Garwe, Kusosera, Punza, Madhisinyongoro, Pikitai, Edzai, Gora and Matambanadzo, to go back to Mozambique with Cde Joe Franco who had been injured.
I managed to get a pair of shoes from a war collaborator.
Cde Joe Franco could not walk, hence we carried him on a makeshift stretcher.
Travelling in the Gonarezhou was no walk in the park (no pun intended).
The game park had challenges of drinking water because the enemy used to poison water sources. The enemy had also infested the 5 000 square kilometres Game Park with booby traps and land mines. The other challenge was the enemy’s Grey Scouts who used to patrol in the game park with horses.
Wild animals such as elephants, hyenas and lions were also a big challenge.
We bumped into a herd of elephants which we had mistaken for huge rocks.
Four of the elephants charged towards us since they had calves.
Cde Garwe our commander cocked his gun and kept still, facing the elephants.
Surprisingly the elephants that threatened to stampede us suddenly changed direction.
We then proceeded to Mozambique with our injured comrade.
Compiled By Emergencey Mwale-Kamtande and Jacob Sigauke