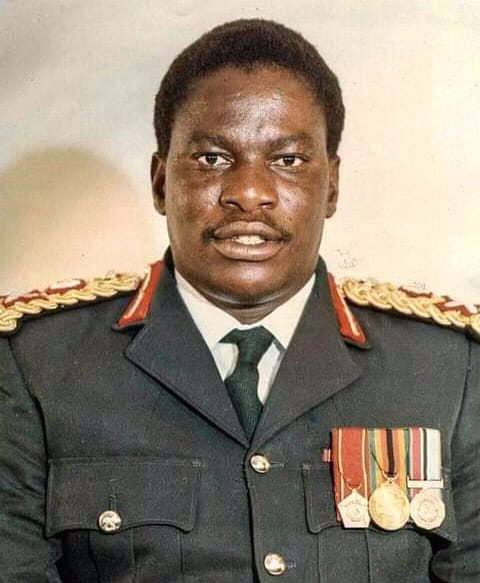 When on the 2oth of August 2011 the 21 Gun Salute went off at Heroes’ Acre at the internment of General Solomon Mujuru  the first ZDF General we were celebrating that a grandest son of the soil had accomplished so much for each and every Zimbabwean.

Thus it was after the heaviest and harshest cost that we celebrated Independence on the 18th of April 198O after 90 years of fighting a lawless enemy which respected no God, no man,  no human in its relentless onslaught on those who would claim what is theirs . We paid a heavy price to reclaim what is ours, the blood of thousands was shed so that we could have what is ours once again.

Many families looked forward to their sons and daughters coming home, some never came back, the families will never know what happened to them, they will never know where, how and when they died.  What they know and acknowledge is that they laid down their lives for this precious land.

When we celebrate our heroes we honour this sacrifice by thousands of thousands, at least 80 000  lives were lost from from 1890 to 1980, we commemorate those who stood against the White Menace until final victory., those who did not hesitate to give their all, their very lives to free their land. Some survived and they still continue to give their all, unconditionally, so that this country remains ours and develops to care of each Zimbabwean as was the purpose of the struggle.

When there was so much sacrifice to fight the white menace, when people accepted so much suffering for 90 years for the sake of their Zimbabwe, it is particularly painful to hear sons and daughters of Zimbabwe speaking so completely like the white man, you would never guess they were African  until you saw them physically.  What does it mean, did we win the war only to lose it to the white soul. Did we bring down the Union Jack only to enthrone it in our hearts?

There is trouble in the land when so many sacrifice and still the children of the land worship at the feet of the white idol.

In this land where so many went through untold suffering to get rid of the white man, so many have a gripe with Musikavanhu, he should have made them white instead of making them so ‘black’ , for  giving them ‘kinky’ ‘woolly’  non flowing hair, for giving them such thick African lips, equally thick eye brows and why oh why the unmistakable broad nose and so they have taken matters into their own hands to ‘delete’ the African features.

Though they can never look quite like the European, it is better to be a shadow of the European than to be an African they console themselves. In this land where so many died it to free it from the clutches of Europeans from Britain, the whiteman is given a seat of honour.

We fought the white soul for so long, it was a vicious war, but we were relentless and we triumphed, we defeated the white soul  but now it has found a home among our children where it is  honoured and given a venerated platform. 40 years later it seems the whiteman never stole our land and never treated the African as filth of the worst order.

If no one wants to Zimbabwean what did we fight for?

When we raise the Zimbabwe Flag we proclaim and celebrate that we defeated the whiteman, his robbery of our land, our wealth, and our soul. We say we shall be a people in our own right once more as of old, as of the days of Nehanda, of Chaminuka, the people who were so great they built the Great Zimbabwe. But we cannot be a people in the skin of those who say we are not a people, in the foreigner’s skin, we speak  his language, we defend his hegemony, his values for why would one wear his skin in the first place. It is not possible to redeem the land economically and politically while socio-culturally we remain effigies of the white man.

If you allow the whiteman do rob you of your identity then what are you left with to fight him, to stand against him when he wants to rob of you of your land and wealth as he perennially fights to  do.

But this is what the whiteman understood and fought for relentlessly, through all his institutions, schools, churches, media, his laws and regulations, ultimately all the whitema’s institutions were choreographed  to entrench white superiority and African inferiority.

But this is also what we fought against during the liberation struggle, in the camps and at the front we defended and confirmed our Africanness, we called the white man what he was ‘Bhunu’ an armed robber who will annihilate your people because of his greed and lust for what is yours. We were clear there was nothing defensible in whiteness, nothing superior except crass greed achieved through criminal armed robbery.

Both at the front and at the rear we had a definite cultural platform, An African one, without it we would not have vanquished the enemy, you cannot vanquish that which you venerate within your soul.

To go so far as to apply creams to bleach the African skin so that it looks as close to that of the whiteman as possible, to take tablets to ‘cleanse’ the blood of all traces of blackness, to wear white flowing hair so that you are Blondie after the white Missus, so you too  are Brunettie, it is to say it is not worth anything to be African. You can never be anything but poor shadows of the whiteman but nevertheless you so venerate, so covet.

Where shall the soul of Zimbabwe reside?

Where shall we find the African in Zimbabwe?