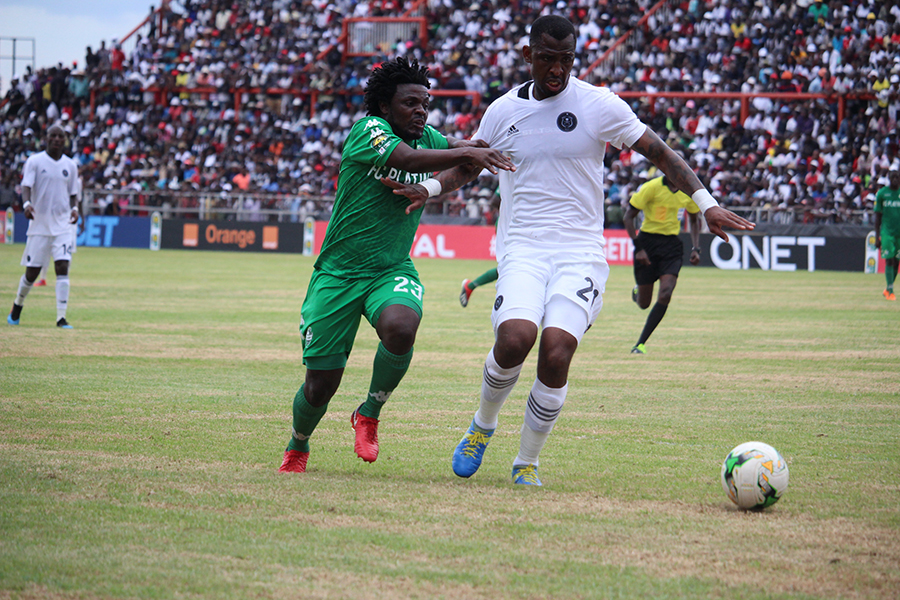 ZIMBABWE’S FC Platinum will lock horns with Horoya Athletic Club of Guinea tomorrow at Barbourfields Stadium, Bulawayo, in a crucial Group B Champions League tie that could make or break their participation in the tournament.

The hosts will be seeking nothing short of victory in the match as the two sides are on one point after two matches.

FC Platinum are yet to score in the group stages, something that has been attributed to the departure of star striker Rodwell Chinyengetere.

His absence has been immensely felt in the last two matches that the platinum miners played in the group stages thus far.

Chinyengetere left the Zvishavane side for South Africa’s Boroka Swallows early this year.

He played for FC Platinum in the preliminary stages of the tournament and was instrumental in their qualification to the group stages.

Pure Platinum Play, as the hosts are affectionately known, need to win tomorrow’s tie to increase their chances of progressing to the quarter finals.

A win for Pure Platinum Play will increase their chances of going beyond the group stage.

This is the first time the Zvishavane-based side have gone past the first round of the Champions League. After six matches, two top teams will proceed to the knock-out stage of the round of 16.

Norman Mapeza, the FC Platinum coach, needs to psyche up his lads who go into the match smarting from a 0-2 loss at the hands of Tunisian giants Esperance.

The two-time Zimbabwean champions started the group matches with a goalless draw against South African giants Orlando Pirates, earning a point for their efforts.

Elvis Moyo will be missing in action as the defender will be serving a one-match suspension. Moyo picked a second yellow card in Tunis against Esperance. The defence is likely to be marshalled by experienced Gift Bello and Lawrence Mhlanga.

Mapeza could be fretting over strikers as the team’s scoring rate is very low.

In the past six matches since the preliminary stages, Pure Platinum Play have found the nets three times. Lameck Nhamo, Mkhokeli Dube, Gift Mbweti and Ali Sadiki are some of the options Mapeza can use in his search for goals tomorrow.