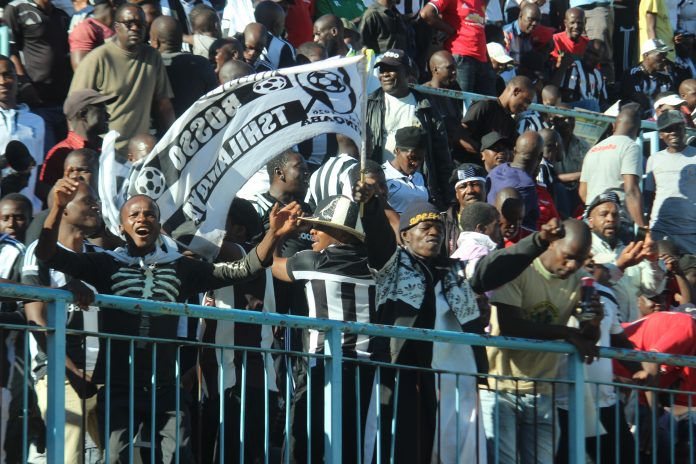 EXACTLY a week after shooting to the top of the Castle Lager Premier league log by dismantling bitter rivals Ngezi Platinum, reigning champions FC Platinum plunge into another bruising encounter when they take on inconsistent Highlanders this weekend.
With 16 matches having been played so far, the 34-match marathon seems to be shaping up in what is largely turning out to be a two-horse race between the platinum miners.
The boys are being separated from men as witnessed by the log standings.
FC Platinum enjoy a narrow three-point lead against fellow title contenders Ngezi Platinum who have an eight-point cushion against third placed Highlanders.
FC Platinum dismissed Ngezi Platinum Stars 2-1 in a fiercely contested affair at Baobab Stadium in Mhondoro-Ngezi on Saturday.
It has been a horror fortnight for Tonderayi Ndiraya’s high-flying side who succumbed to their second defeat on the trot.
However, there are still a lot of games to play as the league enters the halfway stage in the next round of matches.
It will be back to the drawing board for the Mhondoro-Ngezi platinum miners as they seek to retain pole position.
Ngezi Platinum Stars had gone 14 matches unbeaten until they met Bulawayo Chiefs, a side that has earned the giant killer tag.
Chiefs had earlier silenced FC Platinum 2-0 at Luveve.
That is FC Platinum’s only loss in 15 matches.
On Sunday, Chiefs continued with their remarkable run against big teams when they accounted for Highlanders.
As is becoming the norm, Highlanders again finished with 10 men for the second game running after goalkeeper Aerial Sibanda was red carded for handling outside the box.
That proved to be the turning point of the match as Bulawayo Chiefs scored from the resultant free kick.
With those three points from Highlanders, Chiefs moved to mid-table with 18 points from 16 matches.
Chiefs have won four matches, drawn six and lost six.
It has not been a bad outing so far for the debutants.
They have managed to stamp their authority, especially against big clubs.
Four teams are on 18 points, separated by goal difference.
Chiefs, Yadah, Herentals and Dynamos respectively are sharing the equal number of points.
Herentals and Dynamos have scored the least number of goals.
They have found the back of the net seven times while they have conceded 13 times.
A total of 281 goals have been scored this season and at this rate, the 600-goal mark may be reached.
In the past seasons, goals were averaging around 500.
Shabanie Mine, who played to a 2-all draw with Black Rhinos, were without coach Takesure Chiragwi who resigned after losing in the Zvishavane derby earlier. There was no one at the Shabanie Mine bench.
The team had to force a 2-all draw in the second half.
It is sad for Chiragwi who had charmed many at Shabanie Mine that he had to leave.
Yadah were in a goal harvest as they baptised airmen Chapungu with three goals.
It was Yadah’s fourth victory of the season.
Fading giants Dynamos were in a rare victory after winning away in Rusape.
Tawanda Macheke’s goal made the difference between visitors and hosts Mutare City Rovers at Vengere Stadium on Sunday.
It was Lloyd Chigove’s day after a false start to his caretaker reign as De Mbare mentor.
He was thrashed 3-0 by Triangle FC in his first match a fortnight ago.
DeMbare’s next assignment is when they host fellow strugglers Nichrut.
The past week also saw Kenias Mubaiwa resigning as club president.
Triangle, who are making good progress in the league, welcome Chicken Inn at Gibbo Stadium in the next match in what promises to be a thriller.
The two teams are separated by two points, with Triangle on 29 points.
Taurai Mangwiro has managed to assemble a well-knit side that is occupying third position on the log.
However, they trail the log leaders by 12 points.
With the league mid-way through, Triangle need to be consistent in winning to broaden their chances of clinching the league.
With the way things are turning, the cup might not be in Harare or Bulawayo, judging from the performance of teams from the two cities.
Chapungu return to Ascot Stadium this weekend where they host CAPS United. The Green machine beat Bulawayo City last weekend to collect three points and hope to continue with that fine run at Ascot.
Elsewhere, Herentals face-off with Shabanie Mine at the National Sports Stadium while municipal sides Bulawayo City and Mutare City clash.