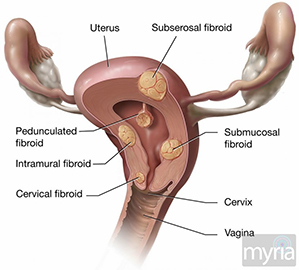 AS a young woman, Caroline Ushe (not real name) was not very much worried when she started experiencing irregular menstrual periods in 2010 and she casually visited her doctor and gynecologist who prescribed family planning pills.
For the next three years, she got used to the routine until December 2014 when the pain became unbearable and the bleeding, which normally follows a cycle, became an everyday thing.
“At first I experienced blood drops/spots everyday which were characterised by unusually heavy bleeding on my normal period days, until the heavy bleeding became an everyday thing,” said Ushe.
“The bleeding was so heavy I had to wear both a tampon and sanitary pad and these would be saturated after an hour, hence I had to change regularly.”
On average, the tampons and the sanitary pads required a minimum US$75 per month.
Ushe said, during the same period, she developed back pains and symptoms associated with pregnant women such as nausea and loss of appetite.
Because of the continuous periods which resulted in excessive loss of blood, she developed anaemia.
Anaemia is a condition that develops when one’s blood lacks enough healthy red blood cells or haemoglobin.
Haemoglobin is the main part of red blood cells and binds oxygen.
Women of child-bearing ages are particularly susceptible to iron-deficiency anaemia because of the blood loss from menstruation and the increased blood-supply demands during pregnancy.
In March 2015, Ushe was sent for a scan which revealed she had fibroids.
The biggest and most visible fibroid was 9,6cm long and almost the size of an orange.
Ushe was advised to undergo surgery in order to remove the fibroids.
The operation was successful, although she was told there could be a possibility of more fibroids developing in future.
After the surgery, the bleeding stopped and she now experiences her normal monthly periods.
Although there are no official figures on fibroids in Zimbabwe, a general perception could point at five in 10 or even more women affected by fibroids, a local gynecologist, who declined to be named for professional reasons, said.
“In Zimbabwe, we do not have a research that clearly focuses on the statistics of women with fibroids, but the numbers are increasing every day,” he said.
“The causes of fibroids remain unknown, although there are various risk factors other than being a woman of reproductive age.
“Other factors that can have an impact on fibroid development include heredity, race and diet.”
Researches in other countries, he said, revealed that black women are more likely to have fibroids than women of other racial groups, and in addition, black women have fibroids at younger ages and are also likely to have more or larger fibroids.
And the onset of menstruation at an early age, a diet higher in red meat and lower in green vegetables, fruit and drinking alcohol appear to increase one’s risk of developing fibroids.
Fibroids are non-cancerous tumours that grow in, on, or within the walls of the womb.
Fibroids are made up of muscle fibre.
The cause of fibroids is yet to be known, but experts say when fibroids occur, they may contribute to women experiencing painful sex, abdominal swelling, frequent urination and heavy menstruation.
Fibroids have no symptoms and may grow one at a time or in clusters.
They usually develop in women aged between 30 and 50 and seem more regular in women who weigh over 70kg.
According to fibroidnaturaltreatment.com, fibroids affect about 80 percent of women although most of them are unaware they have these tumours because they produce no signs and symptoms of uterine fibroids.
Fibroids are not usually an issue if they remain small and produce no symptoms. They become a problem when they start increasing in size to the point of pressing upon surrounding organs such as the bladder.
They also become a problem when they cause pain, heavy bleeding, infertility, constipation and frequent urination as well as prolonged periods among other reasons.
According to WebMD, most uterine fibroids are harmless, do not cause symptoms, and shrink with menopause.
For the severe ones which have painful symptoms and cause complications, there are several treatments to consider which include surgery, cutting off blood supply to the fibroids, removal of the entire uterus, or medicine that can temporarily shrink fibroids.
Choices depend on the severity and the need to preserve fertility.