Home Old_Posts ‘Find the Zimbabwean spirit in you’ 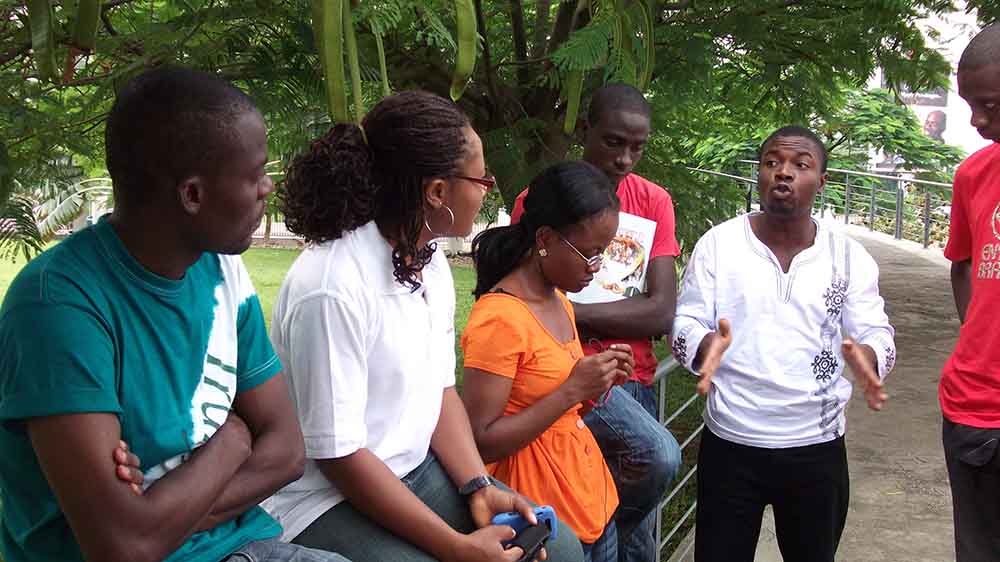 ZIMBABWE is full of untapped resources.

These are not limited to minerals and land, but its people and their vigilant spirit.

Zimbabweans have had a legacy of high spirituality, sophistication, gentleness and wit since ancient times.

These were the builders of the greatest monuments in Southern Africa, like the Great Zimbabwe.

Before migrating south, they left a legacy of hieroglyphics (writing), pyramids and so on in ancient Egypt and other lands along the Nile River in the Sahara region.

When the region fell to desertification, they deserted it for sub-Saharan Africa to continue planting food crops like millet.

The spirit of the Zimbabwean was moulded by good climate and plenty food.

Thus, the gentle nature of the people who typically refrain from predatory violence.

The Zimbabwean spirit has also known colonisation and oppression.

It rose from struggles for liberation (Chimurenga) against a strong enemy.

A nation that aided her neighbour DRC with armed troops during her time of trouble from Western-backed rebels.

A people who reoccupied the land that was forcibly stripped away from their ancestors and a people who have, time-and-again, refused to tolerate, decriminalise or legalise homosexuality.

All this history culminates in a fierce legacy of every black Zimbabwean on earth.

It is this record of revolt against oppression that has caused Zimbabwe to be labelled an ‘unusual threat to the US foreign policy’.

Whites despise this spirit which is reminiscent of heroes such as Chaminuka, Nehanda, Tongogara and Mugabe, among many others.

Thus they sanction and sabotage the Zimbabwean and support him or her only under the condition he/she abandons revolutionary ideals.

This is why ZANU PF and other liberation parties in Africa are demonised by the West.

On the contrary, main opposition parties are typically founded and sponsored by Western nations like the UK and the US.

Zimbabwean industriousness was evident in gold mining whose trade reached lands beyond Israel via Arabia (Sheba) in the days of King Solomon (circa 1000 BCE).

The size and sophistication of the Great Zimbabwe monument attests to the abundance of labour and intelligence that its people possessed in the past.

But have these properties changed with the advent of colonisation?

A great people cannot allow themselves to be subjugated by another people for they will cease to be great.

The decision to fight the coloniser as opposed to begging for independence to be granted is evidence that the Zimbabwean has not changed.

Though somewhat tamed by neo-colonial systems of education and evangelisation, they remain ‘lions’ and have not been reduced to quislings.

The importance of work in the process of nation building cannot be understated.

There is no other substitute to true success and development.

As it stands, Zimbabwe has a low population density when compared to the area of the country — 390 757 square kilometres.

The population of Zimbabwe is mostly non-urban, with over 70 percent being from rural or farm areas.

This is an advantage that has saved the population from under producing grain and other food reserves.

Regardless of sanctions and other forms of trade and media sabotage, Zimbabweans have managed to survive.

Zimbabweans have gone for extended periods of time without a national currency.

They also have experienced hyperinflation and now they have adapted to using foreign currency.

In the case of lacking a local industry, they survive with local subsistence produce and imports.

Evidently, it is hard to break the Zimbabwean relentless spirit.

Across borders, Zimbabweans answer back to whites when confronted verbally.

They stand for their rights as human beings and are fearless.

They speak both their own and the former coloniser’s language with eloquence.

Therefore, they are quick to earn the respect of other races but are envied by other blacks who pack an inferiority complex and lack resilience.

Thus, we find Zimbabweans being victims of Afrophobic attacks in South Africa.

A spirit of a people is moulded by their environment and experiences.

Most Africans did not fight for their liberation, thus they lack the courage to challenge whites.

The harshness of the environment of Europe, owing to extremely cold weather and consequent food scarcity led to  hostile and predatory character of whites which is of great contrast to that of the Zimbabwean and other Africans.

We cannot look to and copy Western nations that rely on colonial benefits and conquered land resources to fuel their economies.

The development of the Zimbabwean economy should be based on the labour and resources of the people and land respectively.

Besides agriculture and industry, our focus ought to be on extracting, processing and selling beneficiated minerals as opposed to raw ore.

If the little Government resources available are aimed towards producing and processing goods locally, even foreign currency can be formally earned through exporting.

Depending on foreign direct investment is furthering the cause of the infamous scramble for Africa.

Africans were set up to be cheap labour resources who would plant crops and extract minerals for European markets.

Our prosperity and pride should be in our own hands.

What success do we enjoy if Anglo-America or DeBeers make a record high sale of our platinum or gold?

All they pay is tax and salaries and the rest is enjoyed by their home countries in the West.

Their exclusive land policies, along with hard work and dedication are behind their economic success.

Thus, their progress cannot be effectively deterred by the handiwork of none well wishers like the US.

Zimbabwean youths, many of whom are educated but unemployed, could become workers in Government-run industries.

This will lessen the chances of civil revolt as the same youths who would have barricaded roads, burnt tyres and looted shops during strikes would be occupied in productive work.

Idle youths can be easily swayed by individuals, NGOs, parties or churches that promise to cushion their frustrations in exchange for their allegiance and treasonous favours.

The issue of sanctions and other forms of sabotage by the West and their organisations are wholly omitted and called excuses.

Employment from foreign, particularly Western companies, further advances the cause of the enemy because Zimbabweans will attribute their income and consequent financial security to foreigners.

To win the youths over, let these jobs be from Government.

This worked for Germany in the time of Hitler.

The overwhelming loyalty he enjoyed from the German population was unmatched worldwide.

It was largely attributed  to his success in creating jobs for over six million Germans.

Let us put the Zimbabwean spirit to test and wage an industrial war against poverty in order to build a modern-day Great Zimbabwe with its former glory.