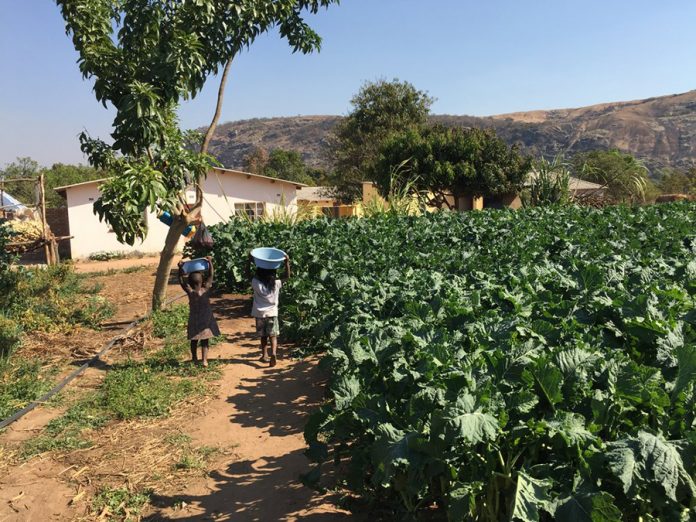 FOOD and beverages are most essential to the creation and maintenance of life, but the quality and quantity consumed are determined by many factors, one of which is economic.

Other factors are socio-cultural, as is the case with people involved in professional sports and those whose religious faiths stipulate what not to consume.

However, the economic factor is the most common as it prevails in virtually every community and leads to whether one eats or drinks for pleasure or basically for survival.

In highly industrialised nations, people choose and pick in both qualitative and quantitative terms, what they consume, while in many developing nations, such as Somalia, Myanmar (formerly Burma), Niger, Chad, the Central African Republic, Eritrea and Yemen, people make do with whatever is available.

In Zimbabwe, we have a wide variety of foods and beverages which are not affordable.

Prices of ordinary consumer commodities are now out of the reach of many, if not most, people.

A study carried out in the mid-2000s established that a balanced diet comprises foods that provide the body with proteins, fats, carbohydrates, fibre, vitamins and water.

Dieticians tell us that plant food taken in combination with cereals such as bread, oats and rice can meet our bodies’ protein needs.

Carbohydrates provide our bodies with energy as they supply us with calories.

Sources of carbohydrates include sugar, grains, potatos, starchy vegetables and some fruits.

We get fats from egg yolk, margarine, cheese, lard and a wide range of vegetables, meats, nuts and milk.

Although fats carry vitamin E, A and D, it is certainly most advisable to consume very little of it to avoid becoming obese.

The parts of plant foods our bodies cannot digest are referred to as insoluble (roughage) fibre.

Roughage helps to move food along the digestive tract; soluble fibres slow down the process.

Water is vital because it dissolves and transports nutrients throughout the body and in that way helps the digestive, absorption, circulation as well as the excretion process.

To all that should be added a cup of fresh milk or yoghurt and an ounce or so of cheese.

Meat, poultry, fish, nuts or eggs should be a part of the serving to ensure that proteins are also taken care of.

The above are obviously not meant for low earners or those who live from hand-to-mouth but for high earners.

This is simply published here to encourage those who wish to maintain good health to strive for a balanced diet.

Sadza can quite effectively take the place of bread and other cereals, but it must be eaten with plenty of vegetables in addition to either poultry, fish or lean meat or mopani worms (madora/macimbi) as relish.

Sour milk is very good as relish, and should be regularly served, especially for  children.

It (sour milk) is particularly good when taken with sorghum or millet sadza, a traditional dish of the BaKalanga and Sothos.

The milk would have been kept in a specially prepared calabash (hupa, igula) for a few days, and then the whey (ntubi, umlaza, mutivi) is separated from it, to leave only the curdled milk (mawhe, mukaka wakakora, amasi).

It is generally unknown in Zimbabwe that goats’ milk makes much more delicious sour milk than cows’ milk, and that, in communities that consume goats’ milk, the occurrence of goitre is far less (if not non–existent) than elsewhere.

That is because goats’ milk is very rich in iodine.

Similarly, a relish of ulude (nyovi, nyevi), mixed with peanut butter, is one of the most nutritious dishes in Africa, south of the Sahara (ASS).

Restaurants that serve Bantu traditional dishes would be well advised to highlight that dish on their menu.

Fish and various types of meats supply consumers with protein; pork and bacon being rich in particularly animal protein.

Some Zimbabweans in the rural areas rear pigs which they occasionally slaughter to celebrate Easter or Christmas.

Chicken is also a relative common dish offered in restaurants, and much more regularly consumed in the rural areas than either beef, pork, mutton or goat meat.

It is extremely important for pigs and chickens to be kept and fed hygienically lest they become semi-wild and feed on dirt and rubbish thereby picking up germs they can pass on to the consumers.

In Zimbabwe, fresh fish – a veritable source of protein – abounds in regions with perennial water sources. In rather dry regions, tinned and dry fish is more common.

Kapenta (matemba) is a highly recommended source of protein, which could replace fresh fish and meats because it is are relatively affordable, particularly during these economically hard times.

People who eat a well-balanced diet are less prone to attacks by diseases than those who are not adequately nourished.

Some fruits, such as oranges, are recommended as a source of minerals.

In the rural areas, it is advisable to have a garden and an orchard if only for one’s family rather than for commercial purposes.

In towns, a family should maintain a kitchen garden in the backyard.