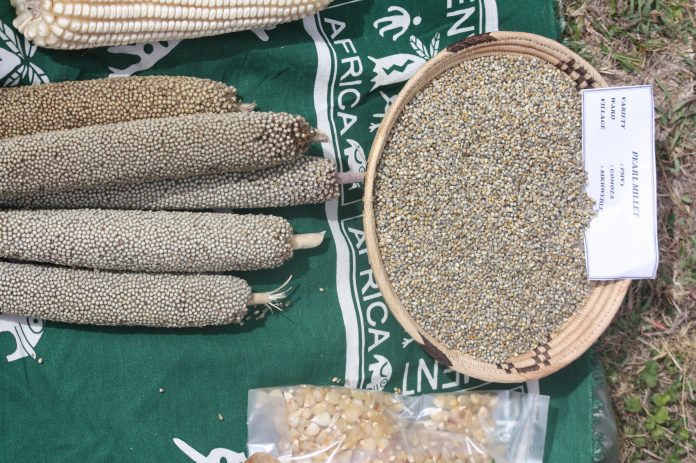 TODAY, many people in Africa, Zimbabwe included, struggle with poverty, food insecurity and a scourge of diet-deficiency-related illnesses.

However, indigenous African people, as with peoples the world over, existed for millennia on healthy diets of locally gathered and/or produced foods which closely linked local communities with their diverse cultures and environments.

Sadly, many indigenous people have lost their ability to address nutritional and environmental problems solely through their indigenous knowledge systems as Western ideas and infrastructure imposed through a hotchpotch of colonial and post -colonial development projects have altered their environment. As a result, indigenous societies began to suffer from dietary illnesses (due to changes to their food system).

These socio-cultural and socio-biological disconnections   occurred when economic and resource development began to alter their environment but rather before this, when their culture was disrupted during the earliest stages of Euro-Western contact and colonisation.

As a result, traditional foods and food systems were closely linked with indigenous knowledge and often extend to belief systems, spirituality and without a doubt, to entire world views.

The degree of nature and culture that define a food system of an indigenous culture contribute to the whole health picture of the individual and the community— not only physical health but also the emotional, mental and spiritual aspects of health, healing and protection from disease.

The decline of traditional food systems has, in fact, parallelled a steep rise in illnesses such as BP, diabetes and, currently, obesity within African communities, many of which had little or no incidence of these illnesses until recently.

The current re-discovery and recreation of sustainable, indigenous food systems through the promotion of traditional foods is increasingly seen as a way to solve some of these pressing problems at both the community and individual level.  Collectively, these efforts should build Zimbabwe as a food sovereign nation.

Relocation, assimilation, loss of land and the introduction of commodity foods are all examples of events that can lead to cultural change and changes to the food system; which, essentially, led to the loss of food sovereignty – agro-scientific knowledge that was practiced during the Mhunhumutapa’s dynastic reign.

Ultimately, what was lost was the ability for communities to control decisions regarding food, from its production and processing to its distribution and consumption, to the role of food in culture and cosmology.

Our indigenous post-colonial ministries of Agriculture and Health in Zimbabwe are similarly disconnected and not co-ordinated to maintain national health, indigenous culture and agro-cultures as a single entity.

In the whole of Southern Africa, post-colonial governments are found wanting in this regard, particularly in the promotion of creating a sustainable food system and environment targeted to  both the well-being, commercial gain and health needs of the people.

Needless to say, Western colonial agro-systems developed in Southern Africa were designed purely for the gains of the colonial masters.

Much of the knowledge will come from practices maintained by particular community members over time and supported by a specific indigenous scientific knowledge and world view.

Increasingly, indigenous knowledge is seen as a resource for development and has been adopted, in part, by even the largest development-oriented non-governmental organisations (NGOs) such as the World Bank and the United Nations Development Programme (UNDP).

Others have also found indigenous knowledge to be beneficial in development initiatives because it not only serves the interests of local populations, “… but also renders world view, social institutions, land and resource management systems, local knowledge of land, animals projects more efficient and efficacious by increasing local participation.”

Today there are claims that academia, most NGOs and other sectors have embraced indigenous knowledge as a result of political and economic pressure to redress some of the ill-effects of previous development strategies.

Colonisation, globalisation and dominant development approaches have taken a particularly hard toll on indigenous communities throughout the globe and the world in general has begun to take notice.

As a result, the UN, after 10 years of drafting and editing, produced a formal Declaration on the Rights of Indigenous Peoples in 2006 (UN General Assembly Resolution 61/295 2007).

The declaration explicitly grants indigenous peoples control over developments affecting their lands, territories and resources in order to develop in accordance with their own aspirations and needs while strengthening local institutions, cultures and traditions.

Dr Tony Monda holds a PhD in Art Theory and Philosophy and a DBA (Doctorate in Business Administration) and Post-Colonial Heritage Studies. He is a writer, lecturer and a specialist post-colonial scholar, Zimbabwean socio-economic analyst and researcher. For views and comments, email: tony.MONDA@gmail.com