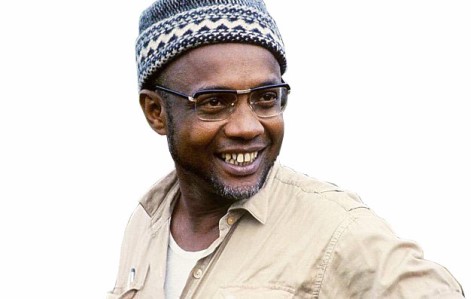 Amílcar Cabral
AMÍLCAR CABRAL (September 12 1924 – January 20 1973) was a Guinea-Bissauan and Cape Verdean agricultural engineer, writer, and a nationalist thinker and political leader.
Eight months before the independence of his country at approximately 10.30 pm on January 20 1973, Amilcar Lopes da Costa Cabral was shot dead by Inocencio Kani in front of his party offices unarmed and unprotected.
He was 49.
The assassin was a guerrilla and one of his own, in the service of Portuguese secret police the Policia Internacional De Defesa do Estado (PIDE).
The original plot was not to kill Cabral, but instead to kidnap him and deliver him to PIDE with the hope that it would gravely destabilise his party that was gaining momentum in destabilising the Portuguese regime.
The perpetrators were promised protection from Portugal.
Like Patrice Lumumba, Cabral had shaken the foundation of imperialism and was de facto president of the then Portuguese Guinea later Guinea Bissau.
According to eye witness testimonials, Kani panicked upon Cabral’s refusal to comply at gunpoint and shot him and even while wounded, Cabral kept insisting with Kani to give up on the plot and he was shot a few more times.
Cabral was able to unite the seven ethnic groups within Guinea (Balantes, Fulas, Manjacas, Mandingas, Papeis, Barmes and Bijagos) to fight their colonial oppressor (Portugal) and he was able to integrate a completely different people the Cape Verdeans into this struggle.
“Keep always in mind that the people are not fighting for ideas, for the things in anyone’s head. They are fighting…..for material benefits, to live better and in peace, to see their lives go forward, to guarantee the future of their children. National liberation, war on colonialism, building of peace and progress – independence – all that will remain meaningless for the people unless it brings a real improvement in the conditions of life.” – Amilcar Cabral said in his speech, ‘Destroy the economy of the enemy and build our own economy’ in 1965.

Benjamin Nnamdi Azikiwe
Another founding father, Nigeria’s Chief Benjamin Nnamdi Azikiwe (November 16 1904 – May 11 1996), was crucial in the fight for independence for African states.
“My nationalism was also revived … through articles written in The West African Morning Post by Nnamdi Azikwe, a Nigerian from Onitsha,” Kwame Nkrumah once said.
Azikiwe was one of the leading figures of modern Nigerian nationalism, pioneer newspaper owner and editor as well as a prolific author.
After a successful journalism enterprise, Azikiwe entered into politics
He was head of state of Nigeria from 1960 to 1966, serving as the second and last Governor-General from 1960 to 1963 and the first President of Nigeria from 1963 to 1966, holding the presidency throughout the Nigerian First Republic.
He was also Kwame Nkrumah’s mentor.
Azikiwe and his civilian colleagues were removed from power in the military coup of January 15 1966.
“My stiffest earthly assignment is ended and my major life’s work is done. My country is now free and I have been honoured to be its first indigenous head of state. What more could one desire in life?” said Azikiwe at Nigeria’s Independence on October 1 1960.
The Organisation for African Unity (OAU) was not without its own problems.
The union has 53 countries on board out of the 54 states in Africa.
Morrocco was once part of the OAU as part of the Casablanca although it left shortly afterwards.
Morocco was forced out of the OAU in 1984, when a majority of African states lined up behind Algeria to recognise the Polisario movement’s claim to the territory of Western Sahara, which Morocco had annexed in 1975.
The most recent change of membership has been the withdrawal of Morocco in 1985 in protest at membership being granted to the Saharan Arab Democratic Republic.
Because of the alignment of Morrocco to the West under King Mahomed IV, with the Americans contributing a lump sum to the United Nations (UN) body, the UN shifted its position and acknowledged Moroccan sovereignty over the territory.