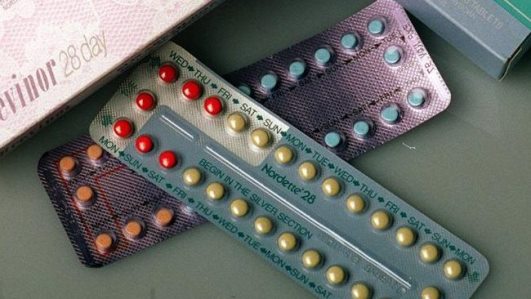 ON May 27 2014 a story appeared in The Herald citing comments allegedly made by the Registrar General, Tobaiwa Mudede, concerning the size of Zimbabwe’s population.
Mudede urged Zimbabweans to stop using some of the contraceptives which he regarded as a ploy by powerful nations to retard population growth in Africa. He also claimed that some of these contraceptives were conduits of diseases such as cancer which is increasingly becoming a pandemic in many parts of Africa.
And, as if to re-assure all of us that his comments were not made off the cuff, but based on careful considerations he also revealed that he had co-authored a book, dealing with indigenous methods of population control.
Needless to say Mudede’s comments have since then torched a storm which is still raging in the country.
On one side are those who feel the old man is correct, more so when he is the one presiding over the registration of our births and deaths and over most matters to do with citizenship.
The logic is as follows: surely for someone with vast experience on such matters such as he is, someone who is way past his prime and probably more pre-occupied with legacy issues which go beyond his immediate personal interests, his utterances should be weighed carefully in the interests of policy formulation for future generations.
Mudede has seen it all, especially the grisly harvest inflicted upon us by the HIV pandemic for many years, the frightening weekly death rates which soared up to levels never seen before!
The unsaid argument of the old man is: why resort to family planning methods advocated by the West in most African countries when the HIV pandemic is already culling the African population to worrisome levels?
His logic is straightforward-more numbers means more security and therefore more autonomy for Africa!
On the other side of this raging debate is Professor Marvellous Mhloyi of the University of Zimbabwe, a demographer by profession who is very keen on family planning as a way of empowering women.
She has not hesitated at all to unleash her considerable academic firepower to quash once and for all time, Mudede’s views.
The good lady takes no prisoners!
Judging from the article she got published in The Sunday Mail of June 1 2014 entitled, ‘Large Population will Propagate Poverty’ one senses that she is determined to protect all the gains which have accrued to our women, thanks to birth control measures.
Further, her arguments also point to a desire on her part to protect a whole life-time’s work whose results she sees going up in smoke if Mudede’s stance prevails.
Her sincere conviction is that contraceptives are for the common good of the nation as a whole, not just for women!
She thunders eloquently and more or less persuasively: “Zimbabwe, like any country, does not need a numerically large country, it needs an optimum population.”
This debate is belated, but welcome and should have been held many years ago when the HIV disaster began its grim harvest among us!
Instead, like the proverbial ostrich of legend, we hid our heads in the sand then and simply prayed from one funeral to the next, desperately shying away from talking about the impact of HIV on our demographic situation.
Most of our so-called health partners or stakeholders did the same, some of them going to the extent of over-relying on the name, ‘Reproductive Health’, instead of the well branded and more revealing one, ‘Family Planning’, all in an attempt to delink the effects of the well sponsored Family Planning Programme from the ultimate effects of the HIV pandemic!
The painful irony in all this is that the arguments by both Mudede and Mhloyi are not easy to ignore.
Both are on to something fundamental and related to our survival as a people and a nation and a member of the African Union (AU).
Both are in their own way trying to address a myriad of issues ranging from simple numbers and security to gender rights, development capacity and quality of life, lifestyle issues etc. in post-colonial Africa.
Because the issues being raised by Mudede and Mhloyi are fundamental, many, interrelated and complex, all one can do for now is to suggest positions and perspectives from which to handle this unfolding debate!
Mudede’s argument is that Zimbabwe needs a bigger population if it is to guarantee that its natural resources remain earmarked for the development of its own population rather than for outsiders who, as history tells us, have not hesitated in the past to use force against us so as to pilfer those resources at our expense!
A small population of 13 million is unlikely to deter hungry and powerful bullies from attacking us and taking over the country.
And Mudede can point out to our past and how Britain moved in uninvited in 1890, used brutal force to topple the African leadership and assumed ownership of all the resources of the country on the basis of the doctrine of right of conquest.
Mhloyi on the other hand is saying that big numbers not matched by availability of resources, health and education facilities etc breed more poverty which, as the rest of the continent shows, is actually spreading.
Put simply, where Mudede is in favour of a big population primarily for deterrent reasons, Mhloyi is for a modest population size proportionate to available resources, facilities and opportunities.
To put this debate into a meaningful context, it is important to deploy raw facts which, hopefully, readers can rely on when reflecting on population issues being raised by both Mudede and Mhloyi:

Zimbabwe is 150 thousand square miles area-wise and is nearly one-and-a-half times bigger than Britain which is only 93 thousand square miles in size!
But population-wise, Zimbabwe hosts only 13million people while Britain is home to 65 million people.
This means that Britain has a population five times bigger than Zimbabwe’s, notwithstanding the fact that it is, area-wise, far smaller than Zimbabwe.
The simple comparison between Zimbabwe and Britain outlined above is also easy to replicate in regard to resources which these two countries possess. Zimbabwe is home to far more natural resources, especially minerals, than Britain.
In fact the latter has almost exhausted its coal, tin and copper and has very little else just as the rest of Western Europe has also exhausted most of its minerals and is largely dependent on raw-materials from other continents–with Africa being the main source!
On a larger scale the European Union (EU) today is home to over 500 million people, but its overall physical space can hardly match the combined area covered by the Democratic Republic of Congo and Sudan combined.
The dilemma for EU is how to feed its industries with raw materials, to create jobs for its youth and sustainably provide for the needs of such a big population.
On the other hand Africa is over 11 million square miles in size and home to just over a billion people.
Africa has all the resources one can think of, especially minerals and crude oil which are coveted by the EU, but its people remains some of the poorest here on earth!
This is part of the background to the population debate that is unfolding in Zimbabwe!