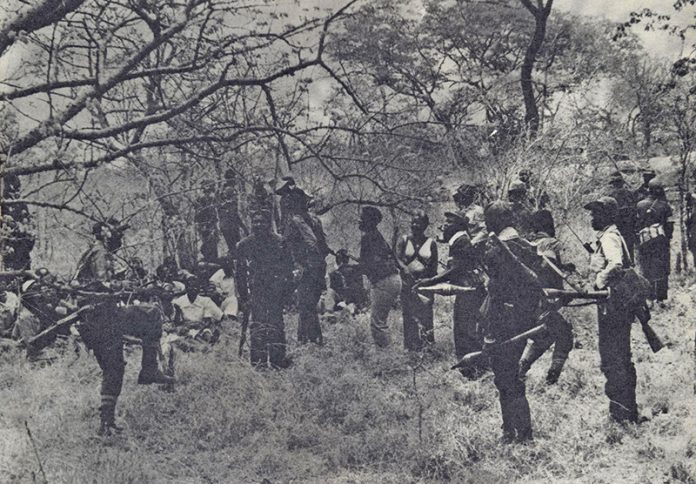 The story of Cde Sylvester Chitambire

I COULD not believe my eyes when I saw a huge blaze of fire at Kasora Farm.
Liberation fighters had successfully avenged the death of our leader who was brutally murdered by the Rhodies.
Comrades Wuraya Heep, Bazooka Masunda, Golden Shungu and Christopher Lee had finally attacked Kasora Farm.
An infamous Rhodesian farmer, popularly known as ‘Basa Kasora’, gave villagers in Njanja, Wedza, a hard time whenever the freedom fighters attacked the farms across the Save River which was the boundary of the white farming community and Njanja Tribal Trust lands.
Njanja was now a liberated zone, hence freedom fighters could freely walk in daylight and lead most cattle raids on the farms across the Save River and give us the cattle.
Beef became so popular that we began to refer to it as ‘macabbage’.
Our forefathers had lost their cattle to Rhodesians.
And the Rhodesians, especially the soldiers, were in the habit of shooting our cattle, especially when they came to the dip-tank accusing us of supporting the freedom fighters.
Villagers from Marambo, Nyamutsamba, Jacha, Zimondi, Pasipamire and Muhupete were mostly affected by the killings of cattle by the Rhodesians.
As the liberation fighters gained the upper hand in the war for independence, they would raid cattle from the white-owned farms.
Villagers from Zairimwe and Warikandwa eagerly participated in the raids.
And we enjoyed the meat of the Rhodesians’ treasured Brahmans.
Though we enjoyed the meat, the backlash from the Rhodies was brutal.
Villagers were cruelly punished for the ‘disappearance’ of the cattle.
Rhodesians would apprehend and shoot the mujibhas involved in the raids.
Sellouts sold out to Rhodesians and many mujibhas were apprehended and killed by the Rhodies.
An informer sold out to Basa that Tendai Maumbe, a senior mujibha, led a lot of the raids on the Rhodesians’ farms.
A wealthy farmer, Basa had a big herd of cattle, sheep and ran a huge piggery.
He responded swiftly by contacting the Rhodesian forces.
Since Njanja was now a liberated zone, the Rhodesians had to set a trap to apprehend the brave and courageous Maumbe.
A trap was laid and unfortunately Maumbe fell right into it.
Like other captives, Maumbe was shot in front of fellow villagers before his body was thrown in Save River to feed the crocodiles.
The murder of Maumbe did not go down well with the freedom fighters.
He was a courageous mujibha who was very resourceful and ensured that the guerillas had all the necessary support.
He was a trusted collaborator.
I took the information of the murder to the freedom fighters who were on Wedza Mountain and they promised they would destroy Kasora Farm.
It was in February of 1979.
Cde Christopher Lee told me to tell villagers not to go to the farms for cattle raids because they would be caught in the cross fire and I did likewise.
I will never ever forget February 15 1979.
With the help of my fellow mujibhas, Taurai Kashiri,Feebeon Mudzingwa,Takundwa Muneri and Amos, we took food to Wedza Mountain.
After eating, vanamukoma went to a mountain about a kilometre away from Save River for the high morale pungwe meeting.
On this particular day, the guerillas were in high spirits.
They joined villagers in singing and dancing to Chimurenga songs before they dismissed the villagers.
The morale was astonishing and exciting at the same time.
After about an hour, we heard the sound of heavy gunfire.
Though the sound was from a long distance, we knew vakomana were delivering on their promise.
We knew it was Kasora Farm being attacked. I came out of my bedroom and was delighted to see a huge blaze of fire at Kasora’s farm.
Although the farm was some kilometres away from our homestead, we could clearly see the blaze.
The Rhodesian forces did not respond to this attack.
They feared dealing with the guerillas in the dark and we knew they would come in the morning.
When we noted the absence of Rhodesian soldiers we rushed to the farm where other villagers and the farm workers were helping themselves to cattle and pigs.
In the early hours of the morning, Kasora fled the farm never to return.
The farm was subdivided and parcelled out to landless Africans in 1980 and it was renamed Magamba, under the Sengezi Resettlement Scheme.
Compiled by Emergencey Mwale-Kamtande