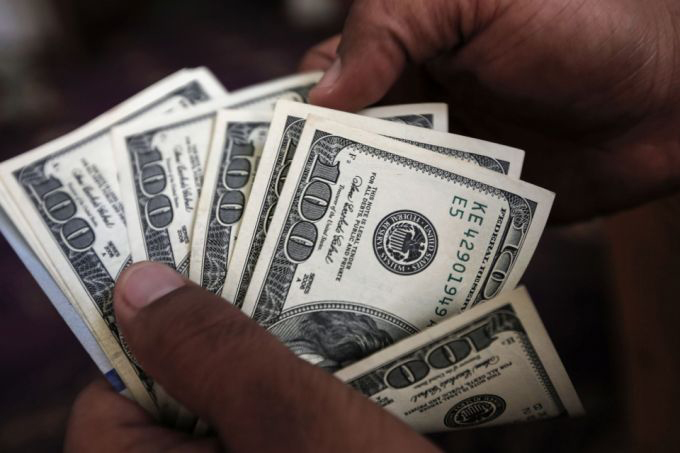 REFUGEES have no permanent home.

Zimbabweans now behave like refugees when it comes to how they handle their money.

Those with access to money (foreign currency = US dollars) either keep it under a pillow or in an off-shore account.

Some go further; they invest it in property in overseas or neighbouring countries.

They behave no different from foreigners who repatriate their profits to their countries of origin.

And these are said to be the educated who possess the knowledge and skills to build Zimbabwe. If they are fleeing the country, who will build the Zimbabwe we want?

The action of Zimbabweans externalising funds has become a national craze!

It is the exact behaviour of refugees.

They have no allegiance to the country and so find off-shore niches to hide their money just like stateless people!

The private sector, touted as the backbone of the economy, has been notorious for this ungrateful and unpatriotic behaviour.

Exporters deliberately fail to remit the moneys earned, preferring to deposit it in foreign banks.

Local ordinary people use trunks and pillows or cross over to Musina in South Africa to deposit money in off-shore accounts.

The externalisation craze has gripped both the private sector industry and individual Zimbabweans!

A lot of foreign currency generated through black market sales of fuel is also finding its way out of the country.

Criminals do not want to be caught; so they hide the paper trail by resorting strictly to cash transactions.

The US dollar suits them just fine. So the dollar craze is also an indicator of the extent of illegal dealings in Zimbabwe’s economy!

When the educated, largely urbanised Zimbabweans, complain that there is inadequate foreign exchange, they are simply complaining that the volumes available for them to do dirty deals and to externalise are low!

For an economy where money is not banked but kept under pillows, the urge to accumulate US dollars for stashing under pillows is, for many Zimbabweans, overwhelming.

I know that this bold assertion will be vehemently denied by many Zimbabweans as it casts aspersions on their commitment to national development.

But if truth be told, the desire to accumulate and subsequently externalise US dollars, British pounds, rand and Euros is at the core of the financial behaviour of many Zimbabwean elites, especially those resident in urban areas.

It summarises what people in this country tend to do when they get hold of money (foreign exchange).

The tendency demonstrates a total lack of confidence and commitment to building Zimbabwe’s economy. It has become a culture.

We must hasten to point out that the majority of the rural people are largely innocent bystanders bearing the brunt of shortage of money and skyrocketing prices of goods.

They are hardly involved in the illegal economic activities whose medium, the US dollar, they hardly can recognise!

Before we accuse Zimbabweans of lack of patriotism, for which some evidence does exist, we must interrogate our recent past to identify causes of this seemingly total lack of confidence in our financial systems.

It is common cause that the economy has been under sanctions for nearly two decades.

The sanctions are meant to punish Zimbabweans for daring to take back their soil.

One Western diplomat openly called for sanctions to make the Zimbabwean economy scream!

The US dollar craze that grips Zimbabwe today is part of the ‘screaming’ economy.

The onslaught has led to Zimbabweans literally abandoning ship!

The perception among individuals and even corporates seems to be that the ship, Zimbabwe, is sinking, hence the urge to skip out.

Typical of refugees, Zimbabweans have packed their valuables, converted by hook or by crook, into US dollars, and are running.

Millions of Zimbabweans are estimated to have fled abroad as economic refugees with some using the political asylum route to gain admission to the UK and other countries.

As the economy has continued to scream, corruption and outright criminal activities have proliferated!

The US dollar has been the leading currency in the money laundering activities characterising economic activities.

In a poorly regulated financial system, the dollar craze is in fact the face of financial malpractices.

Several reasons can be advanced to explain why the US dollar craze has engulfed the country.

As pointed out in an earlier discussion, the Zimbabwean economy has been battered by economic sanctions imposed by Western countries to punish Zimbabweans for taking back their land.

The sanctions targeted mostly formal businesses while the rest of the economy suffered from collateral damage.

The Zimbabwean currency, the Zim-dollar, lost its value through hyper-inflation to a point where it became valueless.

The Zimbabwean authorities introduced a multi-currency regime made up of a basket of several so-called hard currencies including the US dollar, the British pound, the Euro, the South African rand and others.

Because of its universal acceptance, the US dollar became dominant within the basket of foreign currencies accepted for transacting business in Zimbabwe.

The Zimbabwe Government even paid civil servants in US dollars from the start of the so-called dollarisation period in 2009.

The South African rand also had a good run with local Zimbabweans as many moved back and forth between Zimbabwe and SA as traders, professionals or migrant workers.

But when the rand’s value against the US dollar slid, Zimbabweans shifted even more to the US dollar, whose major attraction was its stronger purchasing power.

We can see that Zimbabweans have developed an appetite for US dollars over the last 10 years that the multi-currency regime has been in place.

Because the dollars were acquired from formal and informal markets, effective exchange control was not possible.

The foreign currency market thus became a black market open to gross abuse by both individuals and corporates.

Because the US dollar is widely used around the world as a hard currency, the Zimbabwean economy has been raided by individuals and companies from neighbouring and foreign countries in search of the ‘greenback’ as the US dollar is often called.

The shortages are partly a result of illegal movement of huge volumes of foreign currency from Zimbabwe.

In the next episode, we will probe deeper to find reasons Zimbabweans have not been able to stand up to the economic challenges paused by Western sanctions.