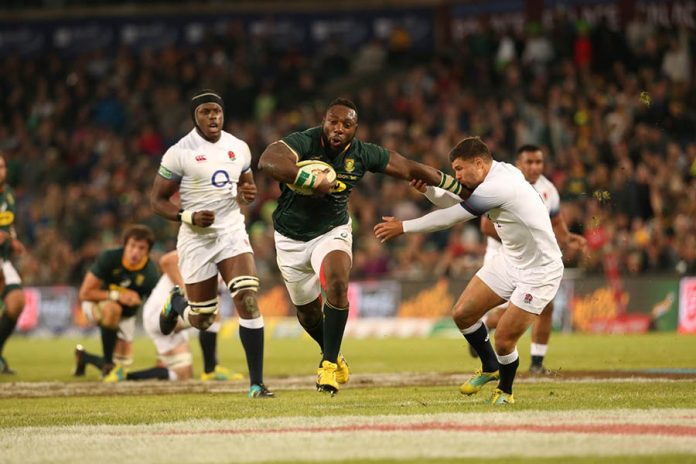 IT was, for Tendai ‘The Beast’ Mtawarira, a moment deftly crafted from the skies, that compulsive moment when dreams morph into reality.

The brilliance of the Beast could not be matched or contained by the clearly overwhelmed England rugby side that collapsed and melted at that grand stage, in Yokohama, Japan.

South Africa, 32, England, 12, the final scoreline read, but in it was a tonic that would have ignited palpable excitement, especially from Zimbabweans of a political disposition.

For this is an England that has tormented Zimbabwe for some time now.

This is an England that will be best remembered for trying to curtail the Zimbabwean dream that has manifested itself through the historic and heroic Land Reform and Resettlement Programme of 2001 through their shameless mobilisation of the world to turn against Harare through the illegal economic sanctions.

Today, Zimbabwe labours under those same sanctions whose devastating and debilitating effects are sucking life out of everyone and everything in Zimbabwe.

Zimbabwe is entangled in a serious battle of attrition with Western powers over the sanctions that England called for.

But it is in sport that Mtawarira truly made his mark.

Where the divisions between South Africa and the rest of the continent were almost reaching a point of no return, there was Mtawarira, together with the rest of his teammates, The Springboks, bringing cheers and smiles on the faces of the continent.

He won it for Africa.

With it, he seamlessly transformed from being The Beast to The Bridge — the bridge of life, unity, peace and development.

A few months ago, disturbing images of Afrophobic attacks on ‘foreigners’, mainly Zimbabweans, made the headlines, all for the wrong reasons.

Zimbabweans living in South Africa were subjected to unrestrained attacks by their neighbours who claimed they were losing their jobs to what they said were ‘foreigners’.

But when the Springboks gave Mtawarira a job, they were giving life to South Africa.

This is because that world cup glory will bring billions in revenue to South Africa.

It will boost their standing in the eyes of the West.

Most importantly, it will boost their tourism.

This explains why the Afrophobic attacks were uncalled for in the first place.

The attacks were an insult to the unshakable principle of hunhu/ubuntu.

Repeated and spirited attempts to contain the situation naturally fell on deaf ears as the marauding South Africans used all sorts of weapons to bludgeon their hapless neighbours.

His exploits have not escaped the attention of the global media.

The Daily Mail  gave a glowing assessment of The Beast’s masterclass.

Titled ‘England were blitzed by the Beast as Tendai Mtawarira led scrum rout for South Africa in Rugby World Cup final’, the story explains in detail how the Beast’s brilliance was pivotal in England’s destruction:

“This time, mercifully, there is no need for a witch hunt. All the indications are that there won’t be regime change. But there must be probing questions about what went wrong for England.

They started the World Cup final as favourites but somehow, a very good team played very badly when it mattered most. Somehow, the side who dismantled the All Blacks were themselves dismantled by South Africa.

Or, to put it another way, they were Beasted as the Springboks’ iconic prop, Tendai Mtawarira, led a scrum rout which was the foundation of this result.”

And The Beast himself posted a video on social media in the aftermath of his side’s victory:

“Today, now I sit (and there’s this) gold medal and I realised my ultimate dream. I’m so proud, it’s just a testimony of…hard work and just staying focused…Chase your dreams with everything you got and you’ll achieve them as long as you are determined.’’

This, without doubt, will be a moment that will forever be etched in the minds and hearts of many Zimbabweans; the moment when the Beast became The Bridge.