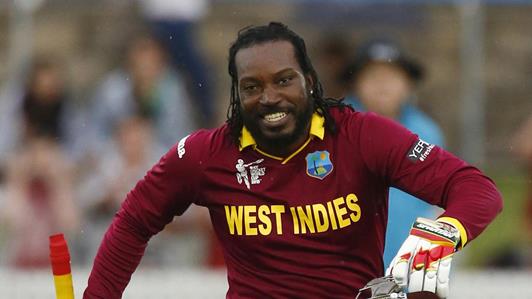 WHEN Chris Gayle came to Zimbabwe on invitation to the Stanbic Twenty20 cricket series in 2011, he played for Matabeleland Tuskers.
All the players enjoyed his flair with the bat that he displayed, playing along our cricket heroes.
His quick-fire runs were a marvel to watch as he brought a new dimension of competitiveness to our game.
No one knew that, Gayle was going to turn the bat against Zimbabwe four years later at the ICC Cricket World Cup in Canberra, Australia.
Zimbabwe were demolished by the left hand of Gayle with a double ton.
His 215 off 147 delivers helped West Indies post 372 runs in 50 overs.
The 35-year-old went on to stamp authority with the ball as he grabbed two wickets.
It was painful for Tinashe Panyangara whose leg before wicket (lbw) appeal in the first over against Gayle was dismissed only for the batsman to wreak havoc on Zimbabwe.
Our bowling was not the best as we gave the West Indies batsmen free play on the crease.
It was a tough game yes, but everyone believes our tail-ending on bowling has to be fine tuned.
Conceding 152 runs in the last 10 overs proved costly for the Elton Chigumbura captained side.
That was the time when the Chevrons needed to restrict the men from the Caribbean, but alas, Gayle and Marlon Samuels were hitting at will.
The same happened against neighbours South Africa as the Zimbabwean bowlers lost their precision.
The absence of spinner Prosper Utseya is being felt in the bowling department.
Utseya has been cleared to bowl non-spin deliveries after being found guilty of faulty bowling last year.
The reply to West Indies’ target was on track in the early overs despite losing crucial wickets.
Zimbabwe were 54 for three, while West Indies were 42 for one after 10 overs.
Even after 20 overs, there was hope as Zimbabwe had posted 126 runs for the loss of three wickets while the Windies had posted 92 runs.
In comparison, Zimbabwe’s ship looked stable, but as we went down the packing order, there was a free fall of wickets.
Our middle order tried to do the mending job after the top order crumbled faster than anticipated.
Zimbabwe now have to face Pakistan this Sunday as the Chevrons play their fourth World Cup match.
Pakistan are yet to win a World Cup match.
Pakistan have suffered defeats at the hands of India in a 76 runs loss before West Indies stamped authority on the Asians with an emphatic 150 runs victory.
Pakistan are tricky customers for Zimbabwe as the two are not so different on the power-scale.
Zimbabwe go into the match off the back of a bad result seek to capitalise on Pakistan’s poor record at the world cricket showcase.
Zimbabwean supporters again will not mind losing, but who you lose to matters.
Losing against Pakistan is unacceptable.
Judging from the competitive losses we have succumbed to against South Africa and Windies, Zimbabwe have the pedigree to maintain dominance over the Asian side.
The Dav Whatmore factor is expected to play a vital role in sprucing Zimbabwe’s performance against the Asians.
Whatmore was coach of Pakistan (2012-2014) before his appointment as head coach of the Chevrons.
Whatmore might need to change the top order maybe roping in the services of Brendan Taylor pushing Regis Chakabva to the middle order.
On Sunday, Zimbabwe must come to party as they face Pakistan and avoid complacent behaviour.
Players like Hamilton Masakadza, Tinashe Panyangara, Sean Williams who posted an impressive 76 against Windies and Craig Ervine carry the hope and trust of the flagship team in the next match.
After Pakistan, Zimbabwe’s next match will be against Ireland on March 7.