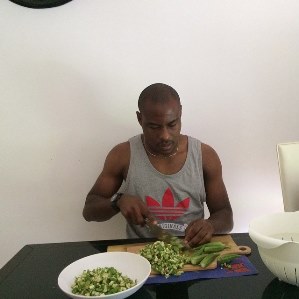 I HAVE noticed over the years that when the word ‘gender’ is said out loud, men cringe as they feel that a certain power of autonomy or authority is being taken away from them, especially in the context of both the marriage and also in the work place.
Maybe let us go back to the definition we gave of what ‘gender’ is from the start.
I wrote that gender is the social construction of roles given on the basis of whether one is a man or a woman.
Emasculation, on the other hand, is the feeling a man has, based on the gender norms which make him feel he is not masculine enough or man enough.
Sadly the feeling of emasculation has led to a lot of domestic violence which has at times resulted in the deaths of innocent people.
Basing on this definition, one can easily see that when it comes to how both men and women were socialised, the moment something else is introduced which tries to go against the norm, there is bound to be a contradiction.
A lot of men would feel emasculated if they stayed at home, while their wives went out to work.
As a result of this feeling, based on traditional gender roles, many women who go to work suffer emotional and physical abuse from their male partners because of this feeling of emasculation or impotence.
There are two things we need to deal with when we look at gender and emasculation.
The first one is how, due to traditional gender roles, a man automatically feels threatened or less of a male just by the mere action of the female providing more than him or providing everything in the home.
The second instance is where the female acts on gender as a tool of empowerment and begins to torment and torture her male partner in the absence of the male partner bringing the ‘bread home’.
One needs to understand there are men who are psychologically and physically violent to their wives or partners just because they feel they are failing to live up to the traditional gender role of providing for the family.
This first form is very dangerous because it is not based on the reactions or actions of the female spouse or partner, but is based on the mental state that society has raised within the male who feels emasculated.
In this case, there is nothing that the woman can do to resolve this situation because only the man can do so through counselling and accepting that the traditional gender role of providing is not always feasible due to micro and macro-economics of the day.
Men, in the context of gender, need to realise that times are changing and roles are shifting.
Society needs to stop penalising men for conditions beyond their control.
The way society has crafted the role of man as provider is a burden on its own because at times, due to prevailing conditions on the job market, one may fail to get a job.
When society, through its social norms, puts pressure on the man, he internalises this pressure and pours it out on the innocent wife or partner.
This is also one reason there are so many young women getting into power relationships with older men because the men in their age groups do not fit into the gender norm of ‘providing’ and as such, feel embarrassed and scared because they know how society emasculates the non-working men and blames the woman for such a poor choice.
This is a sad reality because it results in people looking for fictional men and unfair expectations.
A good example is that of a woman who gets married to the so-called working man who provides, but there is no love and what happens then if that man loses his job or the business closes for some reason.
In this case, our society, through its traditional gender norms, is not preparing couples for realities that happen in life and in the face of reality, the marriages or partnerships collapse under pressure.
No wonder we are having high divorce rates in the country.
The second form of feeling emasculated is when the pressure is not internalised, but externalised through the behaviour of the female partner.
The female who will be providing, taunts and psychologically abuses the male counterpart by calling him ‘less of a man’ because he is not providing financially.
Women need to learn and debunk traditional gender roles in the fight for equality.
I also know there are men who, when they are providing, taunt and abuse women for just ‘sitting at home’ and when the tables are turned, they end up reaping what they sowed.
I am encouraging the readers to desist from both the internalised and externalised emasculation.
At the end of the day, what is important is having a healthy relationship and ensuring that both men and women help each other to progress in their life.
I would like you to reflect this week on how you have perpetuated the emasculation of men.
Remember that traditional gender roles are a social construction and as long as what is in your life works for you, you should not feel any less of a man just because you do not have a job.
What makes a man is how he still stands up and helps to defend his family with whatever is at his disposal and not always money.