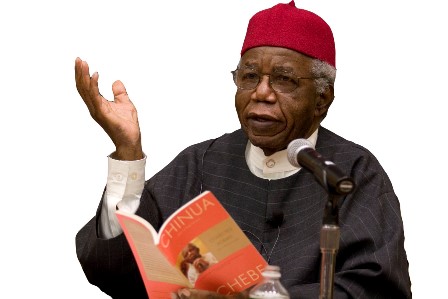 THE English language makes Africans gullible and blind to their own realities.
It articulates attitudes of white men and women towards each other and Africans embrace them as theirs.
For instance, the Bible says ‘woman’ comes from the word ‘man’ and means ‘bone of my bone and flesh of my flesh’.
Africans accept this without finding out if their languages say the same.
Mukadzi in Shona, for example, does not come from the word murume and does not mean ‘bone of my bone or flesh of my flesh’ as ‘woman’ does in English. Murume and mukadzi in Shona as husband and wife are not related.
Those who are related cannot become husband and wife.
Brothers and sisters are a good example.
They regard each other as ‘bone of my bone and flesh of my flesh’ and call each other hanzvadzi, which means they are the same person and interchangeable and therefore cannot become husband and wife.
Their children see them as one and the same person and call their mother’s brother, mother; and their father’s sister, father.
This is the complete opposite in English.
There is no word which refers to a brother and a sister as the same person in English.
The idea that ‘woman’ in English comes from the word ‘man’ is used in the Bible to subjugate women by men.
Paul in Ephesians 5: 22-25 advises women to; “submit themselves to their husbands as unto the Lord.
“For, the husband is the head of the wife as Christ is the head of the Church. “Therefore, as the Church is subject unto Christ, let wives be subjects unto their husbands in everything.”
Men who hate women use the advantage they see in the word ‘woman’ to treat women as appendages of men and say, the English language says so.
Paul hated women and never married.
Fathers of the Church do not marry.
Saint Origen hated women and subjected himself to extreme methods of discipline, fasting and sleeplessness in order to summon every power in him to resist being tempted by women.
When it dawned on him that he would fail, he cut off his manhood.
The view in Mathew 19: 12 that, “There be eunuchs which made themselves eunuchs for the kingdom of heaven’s sake,” is an allusion to Origen.
Paul’s advice that, “It is well for a man not to touch a woman, but because of the temptation to immorality, each man should have his own wife and each woman her own husband,” is also an allusion to Origen’s failure to control his desires.
Paul therefore advises that; “A husband should give to his wife her conjugal rights, and likewise the wife to her husband.
“For the wife does not rule over her own body, but the husband, does.
“Likewise the husband does not rule over his own body, but the wife does.
“Therefore, do not refuse one another except perhaps by agreement for a season, that you may devote yourselves to prayer; but then come together again, lest Satan tempt you through lack of self-control.
“I say this by way of concession, not of command.
“I wish that all were as I myself am.
“To the unmarried I say it is well for them to remain single as I do.
“But if they cannot exercise self-control, they should marry.
“It is better to marry than to be aflame with passion.” – (I Corinthians 7:1-9).
But sex is not the purpose God created man and woman for according to the Bible, God created male and female to be fruitful and multiply and replenish the earth.
In Genesis 1:26-28 (RSV) God says; “Let us make man in our image and let them have dominion over the earth.
“So, male and female created he them and blessed them and said unto them, be fruitful and multiply.”
No one, let alone God, expects Adam as a male to be fruitful and multiply without a woman.
Therefore, Adam means both male and female.
Genesis 5:1-2 (KJV) says; “This is the book of the generations of Adam.
“In the day that God created man, in the likeness of God made he him.
“Male and female created he them, and called their name Adam.
Genesis 5:1-2 (RSV) says; “This is the book of the generations of Adam.
“When God created man, he made him in the likeness of God.
“Male and female he created them, and named them, Man.”
How can intelligent African men and women miss that ‘Adam’ means both ‘male and female’ and ‘Man’ means both ‘male and female’ in the Bible?
The answer is simple.
They are mesmerised by the elaborate convolutions of the English language syntax used in the Bible to mask the truth of women’s equality with men and make women accept the status of being appendages of men.
One such trick is the use of the word ‘man’ and ‘Adam’ to mean ‘both male and female’ and at the same time to mean ‘only male’ and ‘delete woman’ without anyone noticing.
This is what they have done with ‘Adam’.
They dropped female from ‘Adam’ and refer to ‘Adam’ as a ‘male’ without anyone noticing.
They then create a woman for and from their ‘male Adam’ and call her ‘Eve’ and condemn her as a temptress of men responsible for man’s fall.
Chinua Achebe has alerted Africans to such tricks of English when he said: “Let me tell you if you don’t know it already that this problem of saying ‘man’ when you mean both ‘man’ and ‘woman’ does not exist in every language.
“In my native Igbo tongue, ‘man’ has never been allowed to casually embrace ‘woman’ as in English.”
So, Africans must heed Achebe’s advice and follow what their languages say and not allow English to take them for a ride.