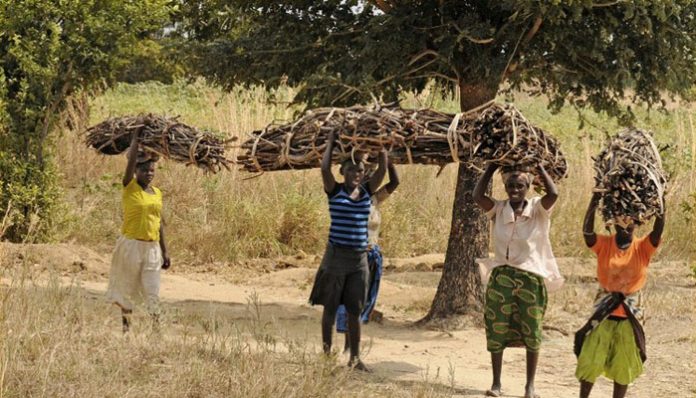 WOMEN from both rural and urban societies in Zimbabwe continue to face challenges associated with climate change.

A recent zoom meeting organised by Community Responding to Extreme Weather (CREW) revealed that climate change is one of the pressing challenges facing women in Zimbabwe.

Panelists in the meeting concurred that in Africa and most developing countries, women were the most affected due to demands made on them by society.

The UN Women Watch said women were more vulnerable to the effects of climate than men, especially those who were highly dependent on local natural resources for their livelihood.

In Zimbabwe, women, especially in the rural areas, depend more on natural resources to sustain their livelihoods.

However, the impact of climate change has resulted in the scarcity of the much needed resources.

UN Women Watch said women charged with the responsibility to secure water, food and fuel for cooking and heating faced the greatest challenges.

Coupled with unequal access to resources and to decision-making processes, limited mobility, women in rural areas have been hard hit.

Now common in Zimbabwe are sights of women queuing for water at boreholes or carrying buckets of the precious liquid on their heads.

Water shortages have been a tenacious challenge of climate change that has compromised the lives of both urban and rural women.

Much of production time is wasted in search of water.

Rivers are drying up, levels of water in dams decreasing while a number of councils are failing to provide water on a regular basis for residents in urban areas.

Such situations have left women in vulnerable conditions of balancing the search of water and providing for their families.

Panelist at the CREW’s zoom meeting shared firsthand experiences dealing with climate impacts and how they have been resilient in the face of changes.

To curb effects of climate change some panelists, who are farmers have founded non–governmental organisations for women by women.

Though operating from different societies, common about these organisations are their empowerment initiatives to assist women to cope with challenges associated with climate change.

Speaking during the zoom meeting, Thandiwe Chidavaenzi, director of Women Land Zimbabwe said her organisation was working with around 43 000 rural women in 10 rural Districts in Zimbabwe.

“We are raising awareness about climate change because Women did not understand what was causing their produce not to reach maturity. They were facing many challenges of long dry spells,” said Chidavaenzi.

Chidavaenzi said they had developed low cost irrigation schemes and were training farmers to look outside the box and try other income generating projects besides farming.

Saliwe Mutetwa-Zakariya of Talia Women’s Network said their focus was mostly on rural women, many who had not proceeded further with their education.

“Our economy being agro-based, women and girls are mostly the care givers of the elderly and the young.

“We saw that by empowering women and girls we are able to empower the family and household’s income level,” she said.

Talia’s Women Network, to improve the livelihoods of women is also imparting value-addition skills so that the women’s produce fetches better prices on the market.

Mutimbanyoka said that focus was on peri-urban women, who also worried about water shortages and electricity power cuts.

Her organisation is therefore promoting small-scale backyard agriculture of leafy vegetables, tomatoes and onions, among others.

Notable about these organisations is that they are conducting various projects that mitigate the impact of climate change by ensuring that women are not at its mercy but firmly in control of their livelihoods.

Projects that include poultry, buying and selling as well as manufacturing of bags and sandals have proved important mitigating factors.

The idea is to encourage women to look into other off farm activities to change their livelihoods.

The projects being spearheaded are ensuring that women in Zimbabwe are not left out in the social and economic development of women in the global arena.

Higher concentration of greenhouse gases, such as carbon dioxide and methane, are warming the earth surface.

And about three-quarters of human emissions of carbon dioxide are due to land use change, especially deforestation.