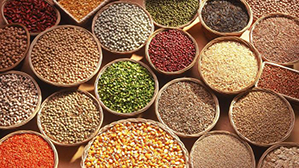 WHEN my late mother gave a small plot to my wife to plant whatever she wanted, she was clueless as to what to grow.
An old wise woman, my mother advised her to plant rukweza, finger millet or sorghum.
Later that night, my wife told me she could not do it because the exercise was labour-intensive and she did not know the difference between the weeds and what she had been advised to plant.
So the highly nutritious and drought-resistant crops were a ‘no’, she opted for groundnuts instead; not a bad option though.
My mother later intimated to her that the planting of small grains was a woman’s job that she should be proud of.
Today, six years after the death of my mother, she occasionally goes to Emkhambo to buy sorghum meal that she makes sadza or porridge with.
My daughter happily calls the sadza ‘chocolate sadza’.
This got me thinking why small grains have not been successfully grown in the country, that is, on a large and commercial scale.
The growing of small grains in the country has often been relegated to women; our grandmothers, sisters and mothers.
They played a crucial role in the production of these small grains, yet every cropping season these people are relegated to the periphery of agriculture.
While donor agents and Government agricultural extension workers often go to the dry and drought-prone areas urging farmers to grow small grains that also include zviyo, cow peas and nyemba, they forget to address the traditional custodians of the crops, our grandmothers, mothers and sisters.
Back in the day, girls would break early from school or other chores to go and pound or grind rapoko, sorghum or whatever small grain in the granary to feed the family.
If we are to succeed in growing small grains, we must include women from the beginning.
Our women do not even need teaching.
Our grandmothers know the right type of seed for particular soils and how to protect them from pests and nematodes.
In one article in The Patriot, I remember Professor Sheunesu Mpepereki emphasing the need to consider mechanical aspects of easing production of small grains.
Local universities have come up with several machines to grind and process small grains, but donor agencies have not considered these because they feel everything African is backward.
However, it is time we realise our own potential and use some of these gadgets to ease the back-breaking work.
In Zimbabwe and other southern African states, small grains remain an integral part of mainstream local food systems.
Environmental organisations and other Western donor agencies are busy promoting small grains as a mitigatory measure to the dreaded climate change yet they have ignored the very people who make them special as a key component in their production.
Today, because of the missing gender dimension in the farming of small grains, very few women are growing small grains for commercial purposes.
They grow them for their nutritional benefits as more and more people are switching to traditional foodstuffs whose value is medicinal and therapeutic.
In Zimbabwean food markets such as Mbare Musika, Harare and Emkhambo in Bulawayo, small grains are considered slow-moving commodities whose income is rarely consistent.
The fast selling of small grains will not pick up as long as there are foreign hands behind their farming.
There is need for a holistic approach in the way we manage, farm and market the small grains as well as give them their traditional value in our daily lives and dietary preferences in a country now heavily infiltrated by a fast-food culture.
It is not a secret that small grains have resisted heavy commercialisation due to their unique capacity to reflect the diversity of food systems, gender, lifestyles and other invisible strengths.
During the time of the Great Zimbabwe and Mhunhumutapa Empire, the production and utilisation of small grains and other marginal crops empowered farming communities to establish traditional governance systems and standards that ensured sustainability for the whole agricultural ecosystem.
It is this governance system that gave women the power to be custodians of small grains hence they were given small plots to farm these crops, men had no say as far as tseu yambuya or yamai was concerned.
Women wielded so much power that men had no say in the exchange of small grains.
It is this power that we are depriving them of today when it comes to the farming of small grains.
There is need for awareness among farmers that preserving and rebuilding small grains seed systems is a proven insurance against hunger and starvation, and the best people to do that are our women.
They have the power to strengthen local and traditional food systems through spreading awareness about the benefits of small grains and other marginalised foods.
The power of small grains does not end in Zimbabwean dishes only as our relatives overseas are also requesting to be sent small grains such as groundnuts, roundnuts or nyimo and other foods to be sent from home.
If the responsible authorities are armed with enough knowledge on small grains and if they include women in communal and smallholder farming areas, it is possible to increase small grains production, marketing and consumption in ways that can change the fortunes of many farmers and consumers.
However, this needs a complete or partial overhaul of the current agriculture models that encourage donor dependency and agribusiness models that are encouraging industrial agriculture at the expense of local food systems.