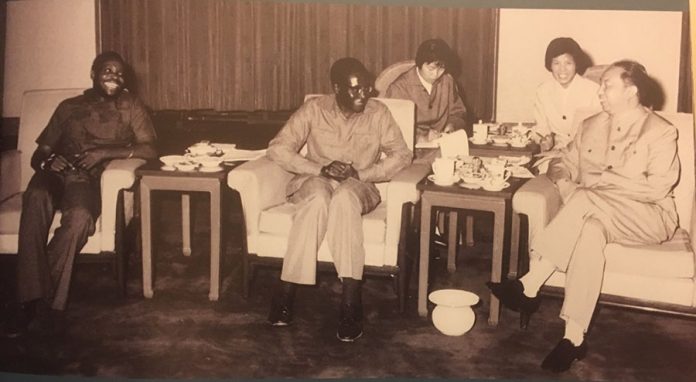 IN 1965, when the flint of African nationalism had been struck in Southern Africa, Josiah Magama Tongogara went to Tanzania, at Itumbi Camp, for military training and, subsequently, to Nanking Higher Military Academy, in east-central China, early in 1966, where he led a group of eleven cadres.

In 1967, Tongogara was appointed Chief of Operations for ZANLA  and, subsequently, in 1973, at the two-yearly review conference, he became Chief of Defence in ZANU’s Dare reChimurenga, the executive council charged with the responsibility of directing the liberation war.

General Tongogara’s military and altruistic philosophy laid the roots of the revolution in pre-independent Zimbabwe. Having learnt how to mobilise peasant consciousness and the military strategies of guerilla warfare, he understood that common people would be the driving force and shield of the Chimurenga.

As a result, he adopted a new type of guerilla warfare and the enemy could not separate the guerillas from the local people; giving practical meaning to Mao Tse Tung’s teachings translated into Shona as: ‘Simba rehove riri mumvura’ (a fish’s strength is in the water): the guerilla must live with the people as the fish swims in water.

Tongogara returned to Tanzania in November 1966 to assume the new role of military instructor.  He understood the hopes and impediments of the people and structured the Chimurenga ideology by decolonising the minds of the masses in an authentic military voice.

His approach was “…to win people’s hearts before launching an attack on the enemy.”

Under his direction, ZANLA spent several months preparing for the opening of the new war front. He organised routes and camps from Zambia through Mozambique into the Mt Darwin area in Mashonaland Central.

To surmount the restrictive socio-economic conditions imposed on African people by the Rhodesian regime, General Tongogara did not court self-importance but sought national liberation and cohesion by engaging the masses in the war.

Resisting pressure for an early attack on the enemy, Tongogara’s newly-trained guerilla fighters spent months infiltrating and educating rural people on the objectives of the war through the pungwes; gathering supplies and preparing for a sustained campaign.

As a result of his mass mobilisation, the historic offensive was launched just over 12 months after ZANLA forces had established themselves in the Centenary and Mt Darwin districts.

These first shots, fired on Altena Farm, marked the decisive phase that ignited the war of liberation.

Responding to the offensive, Ian Smith, then Rhodesia’s Prime Minister, admitted that the security position was “…far more serious than appeared on the surface.”

Tongogara was also acutely aware of the fact that land was the crucible of the ancestral heritage and being for the people of Zimbabwe, and that their wherewithal and food security was anchored in the land.

To facilitate ZANLA incursions, he negotiated joint operations with FRELIMO in Mozambique,  his main objective being to open rear military bases in areas unsuspected and unpredicted by the Rhodesian forces.

General Tongogara’s military genius became apparent after the opening of the North-Eastern Campaign in 1970-71.

As a result of his military strategies, ZANU guerilla attacks re-opened with greater intensity in rural north-east Rhodesia.  In March 1971, Tongogara was instrumental in establishing the ZAPU and ZANU Joint Military Council, bringing the military wings of ZIPRA and ZANLA under one umbrella.

In 1973, as guerilla incursions and attacks increased, Smith created ‘no go’ areas, and Protected Villages (Pvs) or ‘maKeep’, in the north-east, and closed the Zambian border to stop guerilla incursions, demanding a guarantee from President Kaunda that guerillas would be stopped.

General Tongogara also eliminated divisions and disunity in the military camps where internal squabbles were quashed with a disciplined sense of purpose, solidarity, commitment and a singular vision to liberate and unite the people of Zimbabwe.

In March 1975, following the death of Chairman Herbert Chitepo, Tongogara was detained and held in Kabwe Prison in Zambia for over a year before been tried and acquitted on false charges of murder.

During his detention, Rex Tapfumaneyi Nhongo, who later changed his name to Solomon Mujuru, acted as Commander-in-Chief of ZANLA where he played a significant role in re-organising ZANLA forces.

General Tongogara, together with Rex Nhongo and Alfred Mangena, attended the 1976 Geneva Conference as a military advisor to Robert Mugabe’s delegation and in 1977, he was re-elected to the Central Committee and appointed ZANLA’s Secretary for Defence while continuing to chair the High Command until the time of his death.

After attending the 1979 Lancaster House Conference in London that led to Zimbabwe’s independence and the end of white minority rule, he returned to Mozambique where ZANLA was based, to play his part in putting the agreement into effect. However,  on December 29 1979, he was killed in a motor accident which occurred north of Inhambane Province, Mozambique, whilst travelling from Maputo to Chimoio.

He was forty-one-years old at the time of the accident.

At the time, many expected him to be the first President of Zimbabwe, with Robert Mugabe as head of ZANLA’s political wing, ZANU, as Prime Minister.