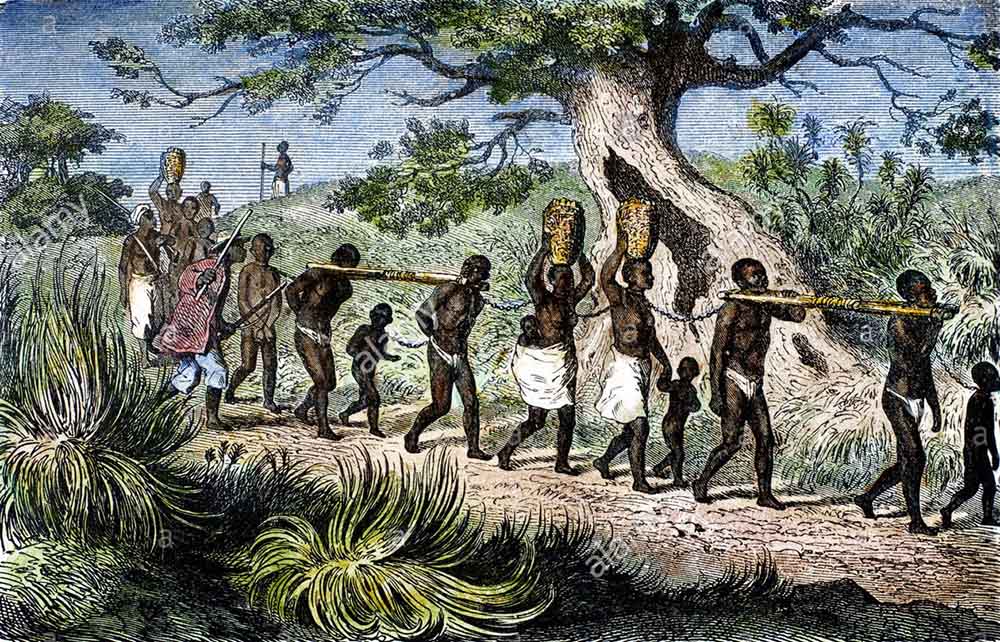 THE whole idea of re-visiting slavery of the black African two centuries after its ‘purported abolition’ is because the lived experience shows ‘kuti chinoregwa ndechiri muruoko kwete chiri mumoyo’.

It is, apparently, only the ‘language of hate’ that was abolished and not the hate that informed the gross crime against blacks.

Relevant legal ‘re-forms’ to sanitise the crime have been variously instituted in the criminal states and it is now illegal to call ‘a still enslaved’ blackman a ‘slave’ or a ‘nigger’. But, white vigilantes can still ‘lynch’ the ‘emancipated’ black slave on the streets of the US, provided they do so institutionally — as a uniformed police department like LAPD.

It is now almost 600 years since the Portuguese started the Transatlantic trade in black human beings in the 1400s.

Those descendents from the first captives now fall close to 20 wretched generations down the line and, it must be conceded that, it is not easy to break attitudes of servitude hard-formed over 20 generations of slaves and slave masters.

They constitute prison walls that cannot be broken down without understanding or taking stock of what happened or what was done to each generation.

And, this is especially so, because much of that history no longer evokes the painful and traumatic memories required to stir campaigns for redress.

It is so far away and so laundered by time and industrial ‘civilisation’ that the inhumanity of it all seems unrealistic.

To many great, great, great grandchildren of the enslaved generations, it feels too unrealistic to associate it with the European beneficiaries of the black holocaust now masquerading as champions of universal human rights.

Six generations ago, the gross crime against black humanity was ‘abolished’ by the industrial revolution that replaced slave labour with machines.

The white slave master was compensated to replace lost human capital with machines. The ‘redundant’ black slave was ‘freed’ and then ‘lynched’ for being homeless and therefore ‘trespassing’ on the land he once worked as a slave.

Today, his ‘minority status’ accords him not the minority rights Western champions of democracy invoke in the African lands where they once plundered black human beings to harvest their lives in sugarcane and cotton plantations of the West Indies and the Americas.

Twenty wretched generations down the line is a painfully long time.

It is too physically disconnected from the time and place of horror to make the holocaust arouse any sense of corrective justice in the generations descended from the victims. Not even as the remorseless architects of the evil who founded their affluence upon the holocaust arm violent police to watch over those survivors who insist ‘black lives matter’.

“When we Westerners call people ‘natives’ we implicitly take the cultural colour out of our perception of them.

We see them as wild animals infesting the country in which we happen to come across them, as part of the local flora and fauna and not as men of like passions with ourselves. So long as we think of them as ‘natives’, we may exterminate them or, as is more likely today, domesticate them and honestly (perhaps not altogether mistakenly) believe that we are improving the breed, but we do not begin to understand them.”

This mindset was applied to the first generation of captives right to the dot.

They experienced the worst of the holocaust. Theirs was the first cut and it was the most horrific and the savagely deepest.

Their experience answered the racist historian’s question: “What shall we, the lords of creation, the white people, do with the natives we find?

Chairman Herbert Chitepo cited him thus in his 1974 speech in Australia.

The first generation of captives experienced the hunt as the human quarry.

They were captured and de-humanised in the chains and yokes originally fashioned for beasts of burden.

They were stripped for public inspection and pricing as merchandise.

The women had their privates groped and raped by the racist beasts.

Behind the ‘doors of no-return’, they experienced the bestiality of sleeping and eating in the same place they relieved themselves; the holding dungeons that formed the basements of the churches of their captors.

Separated by just one concrete floor, they would not have missed the singing and stomping of feet in carnival as the racists praised and worshipped their God for blessing their crime.

They experienced the arrival in foreign lands marking the beginning of a new life of savage servitude on plantations of sugarcane, cotton and tobacco … without human rights … without identity.

The culture shocks presented even higher prison walls of language because language is a worldview, a reservoir of self-sustaining socio-historical experience … a collective memoir of sorts.

They became a mixed bag of language groups, each individual locked away from others by the differences of their tongues.

And the new language that brought them together was only a mutation of the slave master’s language, specifically fashioned to sustain their servitude and not freedom of thought or viewpoint.

The change in language erased and distorted relevant/critical memory.

And they carried the master’s name.

And the women lost their sexual as well as reproductive rights and were turned into breeders of other slaves without choice of the bull or the time of pregnancy — they could not name their issue or determine their upbringing. And the men could be castrated into sexless beasts of burden.

That is how the institution of family was destroyed in the first generation of slaves and, with it, went every other human value (security, identity or community) dependent upon it.

The first generation of slaves experienced the worst of the holocaust.

It was all the more painful because they had fresh memory of home, family, freedom, dignity, humanity … all the things their descendants would take for granted that they were not meant for them.

Habits are hard-forming and consequently difficult to break.

With time, servitude becomes as much a habit as the predatory dead conscience that created it.

λ To be continued…