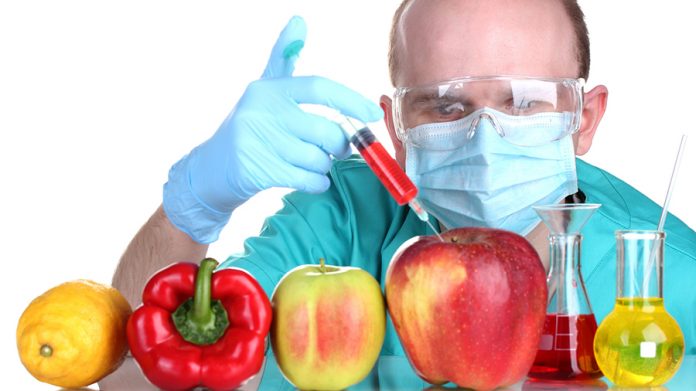 FOOD and nutrition security exists when all people, at all times, have physical and economic access to sufficient, safe and nutritious food to meet their dietary needs for a healthy and productive life.
On the other hand, food and nutrition insecurity leads to the vicious cycle of malnutrition, increased susceptibility to disease, impaired mental and physical development, reduced productivity and poverty, resulting in compromised respectability and dignity.
Professor Sheunesu Mpepereki has been on record on the nutritional value of crops such as soyabean, the growing and consumption of other small grains, as an alternative to heavily processed foods.
He is right. Many people are now eating a lot of imported processed foods that have little nutritional value.
And these are mainly genetically modified organisms (GMOs), the main subject of this article.
With climate change, fast altering weather patterns and causing droughts, the issue of food security has become a global debate that has seen some countries dabbling with GMO agriculture as the only short-term solution to feed a growing global population.
The debate surrounding the use of genetically modified organisms has become a hot issue on the global scene, since the onset of the green revolution with some countries imposing a total ban on GMO agriculture while others are still advocating for the practice.
In Zimbabwe, the issue has been debated with no conclusion reached.
Players in the food industry have been at the forefront of lobbying the Government to allow GMO agriculture to boost food production.
A genetically modified organism is an organism whose genetic material has been altered using genetic engineering techniques.
These techniques generally known as recombitant DNA technology uses DNA molecules from different sources which are combined into one molecule to create a new set of genes.
This DNA is then transferred into an organism giving it a modified set of genes.
Scientific research has shown that GMO agriculture is cheaper to practice and help improve food production.
GMO agriculture has been a controversial subject causing division among players in the food industry, agriculturalists and environmental scientists.
Zimbabwe has faced numerous droughts since the turn of the new millennium and some are considering GMO agriculture as the lasting solution to the problem.
Professor Heneri Dzinotyiwei is one of the chief advocates of GMO agriculture in Zimbabwe.
However, many African countries including Kenya are banning GMO agriculture.
Many countries across Europe have also recently imposed bans on GMO agriculture citing serious environmental problems associated with the practice.
Zimbabwe is one of the largest producer of white maize seed in the world and would not want to contaminate the seed by allowing GMO seeds into the country.
Scientific research has shown that while GMOs are cheaper to produce, they have serious consequences on the environment, ecosystem and biodiversity and on human health which is the main reason the practice is now condemned by many countries.
The way governments have regulated GM foods varies.
In some countries, GMO foods are yet to be regulated.
Countries, which have legislation in place, focus primarily on assessment of risks to consumer health and environmental risks.
Although there are no specific international regulatory systems currently in place, several international organisations are involved in developing protocols for GMOs.
In Zimbabwe, the Bio-safety Board, a statutory body mandated by Government to manage the application and use of biotechnology and its products, has developed some regulations governing the use of GMOs.
However, not much has been done to control the importation of GMOs mainly due to economic problems that have been faced by the country.
According to the biosafety board, the implications of new biotechnology like GMOs and cloning on human health, food security, environmental sustainability, social norms and values remain debatable.
“Suffice to say that there are no agreements on these issues at international level, solutions have to be found if the people of Africa are to lead productive and quality lives,” according to the board.
Traditionalists said it was important to conscientise every player in the food industry on the importance of conserving and protecting the ecosystem before venturing into farming practices that have long term effects on the environment and food production.
Recent scientific studies have shown that engineered crops if continuously used on a piece of land will become weeds (crops with undesirable effects) causing harm to non GMO crops.
This will consequently harm biodiversity and the natural ecosystem. Engineered plants will become conduits through which genes move into wild plants which will become weeds posing problems to the ecosystem.
Another study reveals that GMO crops may initiate a perturbation that may have effects that ripple through the ecosystem in ways that are difficult to predict and control.
Genetically engineered crops produce viruses that can facilitate the creation of new, more virulent and more widely spread viruses.
In addition, plants engineered to express potentially toxic substances could present risks to other organisms like birds in the same ecosystem.
Many countries in the Euro zone and Africa are banning GMO agriculture citing the above mentioned negative environmental and human health consequences.
Agriculturalists have warned that it will be an economic disaster for Zimbabwe to practice GMO agriculture since the imports are now banned in most countries in the world.