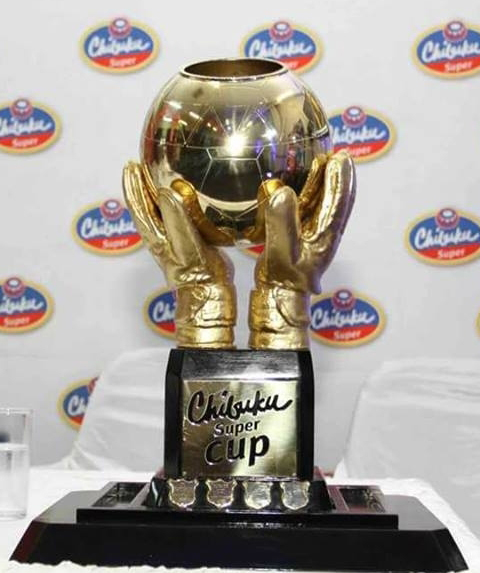 BITTER rivals Dynamos FC and Highlanders will renew their battle for supremacy when they take on each other in a Chibuku Super Cup first round blockbuster at the National Sports Stadium on Sunday.

The encounter, dubbed the final before final, will set the tone for the country’s biggest knockout tournament that has attracted widespread attention across the country in recent years.

With a total sponsorship package of ZW$1,5 million, the Chibuku Super Cup not only brings a hefty paycheck, but it comes with a ticket to CAF Confederation of African Football (CAF) tournament.

Form is of no consequence in matches like these.

It is pride and honour that will be at stake on Sunday.

Perseverance, consistence, determination and team spirit will see the conquering outfit progressing to the next round of the tournament and, with it, the possibility of clinching the trophy.

The rivalry between Dynamos and Highlanders has been fierce and intense.

The Glamour Boys will be at home for this one-legged fixture.

The Battle of Zimbabwe dates back to the days of the colonial era.

Added to that, they are the oldest clubs in the history of Zimbabwean football.

Highlanders was formed in 1926 while Dynamos was founded in 1963.

On the power scale and support base, Dynamos enjoy a bigger chunk.

The current form of the two clubs is a bit worrisome.

Dynamos have been struggling to collect maximum points, the same with Highlanders who have had a torrid time on the pitch.

The Harare giants will be trying to make up for barren years of the Chibuku Super Cup title.

Local clashes are seldom as big as this one.

Both clubs are trying to shake-off humiliation and save face from early exit from the coveted competition.

Whatever the assertions and outcome, pointers are that whoever manages to clinch this one may as well progress to the next stage.

It has never been an ordinary match when Dynamos and Highlanders clash and there is a lot at stake.

To many, it is the mother of all local football games.

The battle between the country’s most supported teams are almost always the best occasions for any player to shine against some good opposition.

The real Highlanders’ fulcrum is Prince Dube, who has led the national team with conviction, banging in goals at will.

In striker Dube, Bosso have a player who, in his own way, can destroy defences, scoring important goals.

Dynamos coach Tonderai Ndiraya has transformed last season’s rubble into a better performing outfit after bringing in new ideas and strategies which have helped this fixtures’ lustre.

The Harare giants will try to force their old foes into submission and vice versa but the match is quite tough to predict; one just has to wait for the big Sunday.

Mushowani Stars and TelOne advanced to the first round of the Chibuku Super Cup competition after coming out victors in their preliminary round matches at Mandava Stadium in Zvishavane.

The current edition of the 2019 Chibuku Super Cup feature 18 teams participating for the trophy, prize money as well as the ticket to represent the country in the CAF tournament.

Triangle beat Harare City 2-0 to lift the 2018 Chibuku Super Cup for the first time in the history of the Lowveld side at Gibbo Stadium.