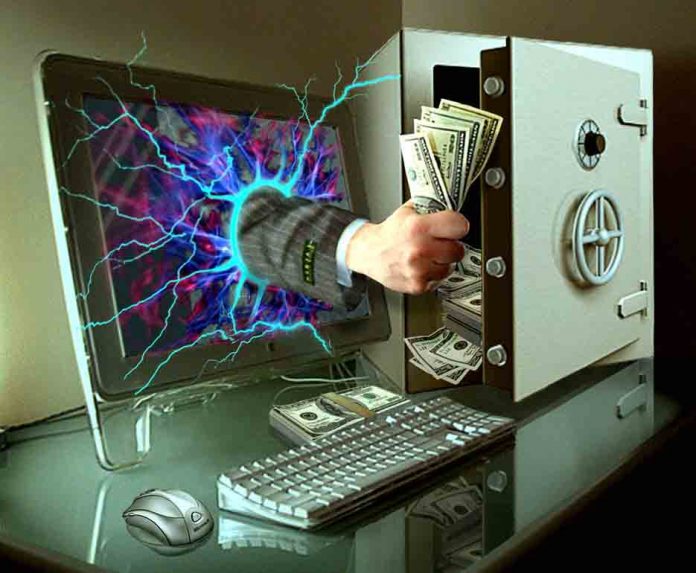 JAPAN has pledged to extend grant aid of US$3,6 million (390 million yen) to Zimbabwe for equipment to fight cybercrime.
The equipment will be used by the Zimbabwe Republic Police in conjunction with INTERPOL and the Southern Africa Regional Police Chiefs Co-operation Organisation (SARPCCO) to combat cybercrime and transnational crimes in the region.
Officiating at the ceremony, held on November 11 at the Ministry of Finance offices, Minister of Finance and Economic Development Mthuli Ncube and the Japanese Ambassador to Zimbabwe, Toshiyuki Iwado, said in this information age, more and more criminals are taking advantage of the speed, convenience and anonymity of modern technologies to commit a wide range of crimes, therefore tightening the country’s security is imperative.
Ambassador Iwado said the equipment to be donated will be the most up-to-date and state-of-art equipment made by Japanese companies to tackle cyber security issues and will improve the capacity of the Zimbabwe Republic Police (ZRP) in ensuring the people’s safety.
“It is well recognised that economic development is closely related with the level of safety in the country. And the law enforcement authority, namely the ZRP, is expected to play a central role in ensuring the safety of the country,” said Ambassador Iwado.
“The new equipment to be provided, which includes digital forensic tools, face recognition systems, an information system and an information sharing platform, will contribute towards upgrading the capacity of the ZRP and will promote inter-regional co-operation of the responsible bodies under the sponsorship of INTERPOL.”
Noting the importance of tourism and agriculture in contributing to the country’s economic development, Ambassador Iwado said tightening the country’s cyber system will also ensure an increase in the country’s safety as a tourist destination.
“Zimbabwe enjoyed 500 000 foreign tourists, including around 35 000 Japanese tourists, last year. Should a greater degree of safety prevail, not only in some popular tourist destinations like Victoria Falls and Mana Pools, but also throughout Zimbabwe, the number of incoming tourists and lengths of stay would also increase,” the Ambassador said.
Many have become victims of cybercrime in Zimbabwe, especially those who are in business.
Over the past few months, there has been an upsurge in cases of credit card cloning as debit cardholders lost more than US$200 000 to ATM bank card cloning.
Between January and March, over 150 card cloning cases were reported countrywide.
African Cyber Business and Cyber Defence Operation Centre says Zimbabwe sits at number 134 of most attacked countries in the world and is in the threat landscape.
“In the last couple of weeks, 25 websites have been hacked in Zimbabwe, but then there is obviously much more than that,” said head of African Cyber Business and Cyber Defence Operation Centre Vernon Fryer.
Cyber insurance experts have warned businesses to guard against hackers saying the global annual cost of cyber-crimes is now estimated at US$1 trillion per year and growing.
According to the Zimbabwe Republic Police (ZRP), the most common types of cybercrime in Zimbabwe is phishing, which is theft of information through e-mail; credit card fraud; identity theft; telecommunications piracy; unauthorised access and; hacking.
Minister Ncube said the grant for procurement of cyber security equipment deepened the bilateral relations between the two countries.
“I am therefore grateful for the grant aid support from the Government of Japan amounting to 390 million Japanese yen (about US$3,6 million) towards the procurement of cybercrime equipment,” Min Ncube said.
He said the cyber security equipment, to be procured under Japanese support, will go a long way in protecting the nation against cybercrime as well as counter acts of terrorism.
“The grant will provide for the procurement of services necessary for the procurement and transportation of the product as well as training and other necessary services for the operation and maintenance of equipment for enhancing the ability to counter terrorism and public security,” he said.
The funding comes at a time Government is crafting a new Bill to deal with cybercrime.
The economic development of the country has been slowed down due to cybercrimes.
Cybercrime refers to crimes committed via the internet or other computer networks.
Additionally, cybercrime also includes traditional crimes conducted through the internet.
There are various forms of cybercrimes which include, but are not limited to, defamation, bullying, harassment, fraud and pornography.
The use of social media platforms such as WhatsApp, facebook and twitter, among others, has also resulted in the escalation of cybercrime.
Neighbouring South Africa has a high rate of cybercrime where almost everyone is at the risk of ATM scams.
South Africa records the highest rates of cybercrime in Africa.
Research by different organisations has proved that cybercrime has cost SA an estimated US$1billion a year.
According to the 2014  report of the Centre for Strategic and International Studies on cybercrime, South Africa loses 0,14 percent of its GDP to cybercrime.