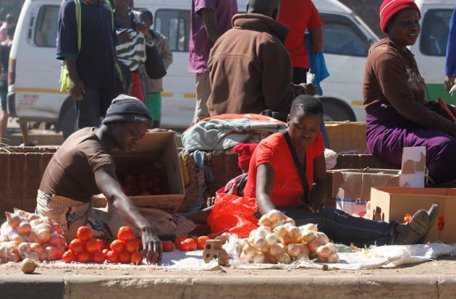 GOVERNMENT has called on all illegal vendors in the country to sell their items at designated places or face the wrath of the law.
The Minister of Local Government, Public Works and National Housing, Dr Ignatius Chombo read the riot act during the launch of the Sustainable Clean Up campaign held at the Town House on Wednesday in Harare.
Minister Chombo said a number of mechanisms are in place to persuade the informal traders to relocate to approved vending sites.
“Harare City Council has made significant efforts in allocating approved vending sites that can accommodate 6 000 informal traders,” said Dr Chombo.
“The 6 000 vending slots have already been demarcated and are ready for occupation by registered vendors.”
So far, there are 10 designated places in the central business district to accommodate flea market and vegetable and fruit vendors which includes Fourth Street (flea market, fruits and vegetables and dried foods), Charge Office ZRP Flea Market, Charge Office Vegetable Market (dried foods, fruits and vegetables), Julius Nyerere and Kenneth Kaunda (flea market), Market Square (flea market and dried foods), Speke and Cameroon (flea market), George Silundika (flea market -Sundays only), Park Street (flea market and dried foods), Speke and Cameroon (vegetable market), OK Cameroon (fruit and vegetables), and Chinhoyi and Samora Machel.
Flea market operators will pay US$3 daily for trading space, while fruit, vegetable, airtime, dried foods and newspaper vendors pay US$1.
Dr Chombo said vendors who operate mostly from pavements and open spaces in the city have to move with immediate effect to the 10 vending sites managed by the local authority.
“The time for action to ensure that all informal traders and commuter omnibus operators adhere to the city by-laws has come,” he said.
“There should be no vending on road pavements, traffic intersections, road islands, middle of the road and in front of shops and office.”
The relocation is aimed at bringing sanity to the sunshine city.
Vendors who sell wares and food almost everywhere in the city have in the past been blamed for the outbreak of diseases such as typhoid and cholera, littering and blocking the city’s drainage system.
However, informal traders have reacted angrily to the decision to move to the designated sites fearing they will lose business.
Illegal vendors who spoke to The Patriot rejected plans by the Harare City Council to relocate them to new vending sites, citing exorbitant prices charged by land barons.
Land barons are charging from US$3 to US$8 per day depending with sites and size of space.
Lamenting the high prices charged by land barons, one vendor Chipo Dzenga who has been selling tomatoes in the CBD for 13 years said the high rates charged by the land barons who are in charge of the sites deter most vendors from relocating to these new vending places.
“We cannot pay US$8 dollars per day to the land barons and pay US$3 to the City Council,” said Dzenga.
Taurai Moyo, a vendor from Domboshava who sells her wares opposite Fourth Street, said she and her colleagues were not moving from their current site (road island), complaining of lack of hygiene and limited space at these places.
“We will not move from this place to the so-called new sites,” said Moyo.
“This place is most convenient to us and our clients.
“Besides being a strategic place for business, the place is spacious unlike the so-called designated places.”
Another vendor, Caroline Nyakabawu from Hatcliffe said council was starting a “war” it would never win as a lot of people in Harare were surviving on vending.
“Council must not try to start a war by harassing us and preventing us from fending for our families because they will not win it,” she said.
“The designated areas cannot accommodate all of us.
“People will have nowhere to go and will obviously react; and authorities would then think that people are pushing a political agenda, when in fact, it is a bread and butter issue.”