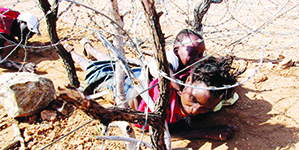 SKILLED and unskilled Zimbabweans left the country in numbers of unusual dimension at the turn of the millennium as a result of the ruinous and illegal economic sanctions imposed on the country by the United States of America and the European Union (EU). The US and the EU imposed sanctions on Zimbabwe after President Robert Mugabe’s government embarked on the Land Reform Programme that saw over 400 000 black households getting land that was previously owned by 4 000 white farmers. As the economic sanctions took their toll, Zimbabwe experienced an unprecedented loss of jobs as companies failed to access funds for working capital and retooling, resulting in citizens skipping borders in search of ‘greener pastures’. A significant number of them went to South Africa and Botswana while others went to Britain, Australia, Canada and the United States. Those that left the country were a mixture of skilled and unskilled personnel. The skilled included doctors, nurses, engineers and teachers who had benefitted from President Robert Mugabe’s education for all policy. In no time, the citizens realised that the grass was not so green on the other side as the bulk of them traded their cozy offices and respectable professions for menial jobs such as cleaning the elderly, washing clothes and working on the farms, for next to nothing. The lucky few would get salaries which endeared them with those that chose to remain behind, only when the money was changed into the local currency on the parallel market. For a moment, others felt they had lost out by choosing to stay behind. However, when then Acting Finance Minister Patrick Chinamasa announced in 2009 that government was introducing multiple currencies to replace the Zim-dollar, locals were empowered in an instant and those that had skipped borders began to feel the pinch as the parallel market that had sustained them for long had been throttled. The bulk of those doing menial jobs were exposed and many have not set foot in the country since then fearing the embarrassment associated with failing to see a single project that others went on to accomplish in a few months’ with salaries earned locally. South Africa had been seen as a ‘theatre of dreams’ where people would rebuild their lives shattered by economic sanctions. A survey carried out by the Southern African Migration Programme of Zimbabweans in 2010 in Cape Town and Johannesburg revealed that the respondents had come to South Africa for the first time in 2005 or more recently. Most Zimbabwean migrants in the 1990s saw South Africa as nothing more than a place to help their households cope with economic conditions and prospects in Zimbabwe. When asked to compare their country with South Africa, Zimbabwe came out top on every measure except the availability of jobs and goods. In the following decade, the migration surveys demonstrated the mounting pressures on ordinary Zimbabweans and the strong desire to get out of the country. A 2001 survey of Zimbabwean professionals, for example, claimed that 86 percent had considered emigration. By 2000, 51 percent of all Zimbabwean-trained medical doctors had left their country, with South Africa as the most popular destination. The numbers with work permits increased from 3 500 in 2001 to 21 000 in 2008, suggesting that it became easier to legally employ Zimbabweans in South Africa after the 2002 Immigration Act was passed. Zimbabwean mathematics and science teachers in particular are in demand in South Africa. In 2010, surprisingly few of the respondents mentioned the search for asylum or a political motivation of any kind for migrating to South Africa. In total, this amounts to only 10 percent giving any kind of asylum-related reason for going to South Africa. Far more important as a reason for going to South Africa was to work or look for work mentioned by 44 percent, living conditions in Zimbabwe was 18 percent and to study was seven percent. More than 60 percent of the migrants were employed and another 20 percent work in the informal economy. Only 18 percent were unemployed at the time of the survey and a mere 14 percent had never had a job in South Africa. However, the migrants seemed to occupy more menial jobs than their predecessors. This, impacts on their incomes and their remitting behaviour. A third of the migrants earn less than R2 000 per month and another 32 percent earn between R2 000 (US$160) and R5 000 (US$400) a month. Only three percent earn more than R20 000(US$1 600) a month. Given the high cost of living in South Africa, this means that migrants generally do not have a great deal of income to send home, but remitting continues. Fundamental change in the economic and political environment is one of the most important pre-conditions for return migration to Zimbabwe. Changes mentioned by most respondents were a change in economic conditions (89 percent) and improved job opportunities. In other words, while economic changes are seen as paramount, these are not seen as disconnected from substantive political change. Jonathan Crush is the CIGI chair in Global Migration and Development at the Balsillie School of International Affairs and honorary professor at the University of Cape Town. He says the Department of Home Affairs in South Africa processed a total of 1 283 permanent residency applications in 2012. Of these, only 251 were from Zimbabwean nationals. A total of 141 550 temporary residency permits were issued in 2012 with 24 370 permits being issued to Zimbabwean nationals. However, he concludes that the numbers cannot be substantiated. Claims that there are between two and three million Zimbabweans living in South Africa cannot be substantiated. The 2011 Census shows that there are about 1,7 million ‘non-South African’ citizens living in South Africa. Claims that Zimbabwean nationals crossing borders into South Africa have doubled since the 2013 harmonised elections can also not be verified. Recently, South African President Zuma announced that some Zimbabweans are engaged in criminal activities and 4 000 are behind bars. Perhaps that is what the majority who are not into vending, teaching, or working in farms among other jobs have resorted to.