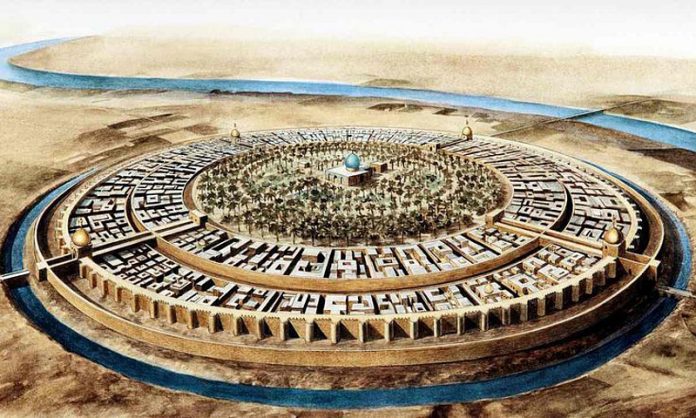 AFRICAN civilisations predate European ones by thousands of years.
African cities and sophisticated engineering works flourished in Africa well before Europeans emerged from the cold caves of the Caucasus mountains.
As alluded to in earlier articles, Europeans went through a phase of development when they were barbarians.
They destroyed everything in their path.
They had no appreciation of art or science.
The great civilisations of Egypt, Sudan, Ghana, Mali and Ethiopia boasted sophisticated urban settlements, high-tech irrigation systems and cities with street lights.
The sophisticated infrastructure was destroyed when marauding gangs of barbarians without an iota of civilisation crossed from Europe and laid waste the creative works of art and scientific genius that had taken thousands of years to develop.
As a result, Africa was set back in terms of development to the beginning of time, almost.
Some will argue we are trying to justify the lack of development in Africa and blaming it on ‘innocent’ people from Europe!
History, however, shows that Africans have been up there on the ladder of development long before other races were civilised.
In this article, we shall outline some of the architectural and engineering feats that Africans achieved in their history and for which solid evidence is available as archaeological monuments and as existing ancient buildings.
It is our understanding that construction of elaborate buildings requires the rigorous application of science, technology, engineering and mathematical calculations.
The design and fabrication of the various components of various structures requires a better than good understanding of the properties and behaviour of the materials used.
A high level of knowledge and understanding was possessed by the Africans who constructed the numerous monuments scattered around Zimbabwe and sub-Saharan Africa.
Our best local example is the Great Zimbabwe monument. The architectural designs have been proven to be African in origin.
European traders, and later colonisers, for a long time refused to accept that the monuments were designed and built by local Africans.
Phoenicians, Arabs, Indians, Europeans and other non-African people were credited with the construction of the Great Zimbabwe monument.
However, the discovery of numerous similar stone settlements all over Zimbabwe, albeit on a smaller scale, clearly showed that the science and practice of constructing buildings using granite stones cut into rectangular pieces, but without mortar, was an indigenous African technology.
In Zimbabwe, the Matabeleland region appears to have the largest concentration of stone-built monuments.
Touted as the second Guruuswa, home for the majority Mbire (Shona) people who had migrated from the original Tanganyika Guruuswa, the Matabeleland region was clearly an integral part of the Monomotapa Empire.
It is of interest to speculate on how the Mbire people came to be masters of stone building construction.
Granite is widely available in Africa, but the land of Zimbabwe seems to be abundantly endowed with his natural resource.
So, perhaps readily available granite spurred the development and construction of stone structures.
The stone walls were excellent protection against enemies as they were not readily breached.
In West Africa, the Edo people achieved a breath-taking engineering feat!
They built the walls of Benin City which stand as the world’s largest man-made structure.
The British invaders went to great lengths to destroy the walls in 1897.
The walls have been described in an article in the New Scientist Journal as follows:
“They are said to extend over 1 600 km and cover an area up to 6 550 square km in which are found over 500 interconnected settlements.
In all, the Benin Walls enclose an area of over 6 500 square km.
The walls are four times longer than the Great Wall of China.
The construction of the Benin Walls consumed 100 times more materials than the Great Pyramid of Cheops.
A total of 180 million hours of digging were spent in constructing these walls.
The Walls of Benin stand as the largest single archaeological phenomenon on planet Earth!”
Again in West Africa, Sungbo’s Eredo is the second largest pre-colonial monument in Africa.
It is larger than the Great Pyramids of Egypt or even the Great Zimbabwe monument.
The Eredo was built by the Yoruba of Nigeria in honour of Oloye Bilikisu Sungbo.
It consists of sprawling mud walls on the valley surrounding the town of Ijebu-Ode in Ogun State, Nigeria.
In the Sahel region, Tichit is the oldest surviving all-stone archaeological settlement south of the Sahara.
Built by the Soninka people, Tichit is thought to be the pre-cursor of the Ghana Empire.
Another African architectural giant is the Great Mosque of Djenne, which happens to be the largest mud brick and adobe building in the world.
It is considered by many architects to be the greatest achievement of African pre-colonial engineering.
In this episode, we have shown that African science and engineering not only stand tall among the world’s best but that the black people have accomplished what the largest engineering firms of today would never attempt to build.
These African builders must have invented sophisticated machines to move the massive materials that they used used in constructing some of the enormous structures that still stand today.
We shall explore more areas of scientific achievement in the next episode of this series.