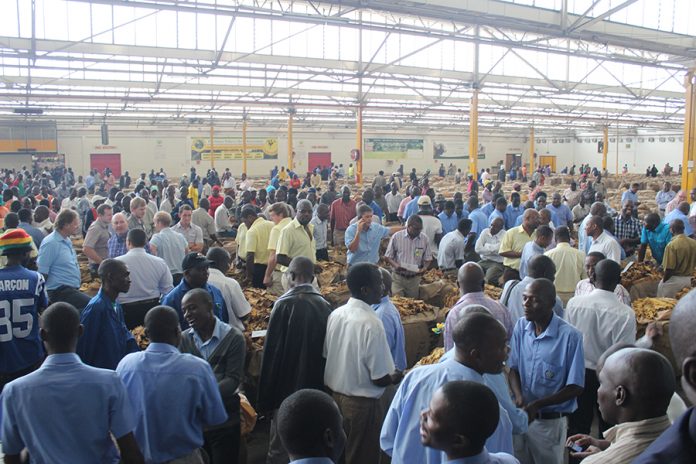 Derry Cooley: The story of a Huguenot Family in Ireland and Zimbabwe
By Norman Atkinson
Published by N and F Atkinson (2009)

LAST week, the Tobacco Industry and Marketing Board (TIMB) indicated that tobacco deliveries had reached 239 million kg, surpassing deliveries recorded in 2000.
The record become the highest since 1980.
The developments in the tobacco industry are a slap in the face for those against the Land Reform Programme.
Resettled farmers have been under fire since the inception of programme.
Detractors labelled them failures.
But their resilience, hard work and patience has finally paid off.
Resettled farmers are now reaping the fruits of their labour.
This is despite literature that has been published before, castigating not only the Land Reform Programme but also the resettled farmers.
One such book that carries distorted facts about the land redistribution programme is Derry Cooley: The story of a Huguenot Family in Ireland and Zimbabwe written by Norman Atkinson.
The book is no different from the others that seek to drive the notion that the Land Reform Programme was a violation of human rights and democracy.
What the writers of these books seem to miss is the fact that the Land Reform Programme was aimed at redressing colonial imbalances where few whites owned vast tracts of land.
The writers turn a blind eye on how white commercial farmers lived lavishly at the expense of the indigenes who were farm labourers and did not own land.
The book, Derry Cooley, is about how Michael Deverell was “…expelled from his farm in Zimbabwe during the recent land invasions.”
As in all their books, the writer portrays Mike and his family as the ‘heroes’ for holding on to their farms and bringing development to Zimbabwe.
The book is set in October 2005 when land reform was underway.
Atkinson terms that period the era of ‘land wars’ where he praises his kith and kin for surviving and not letting it break them.
The writer portrays the ZANU PF-led Government as inconsiderate as they started ‘the land wars.’
“The worst aspect of the land war was the appalling demands it did make on women and children,” Atkinson writes.
He wants to paint a picture of the white community as being the victims who were being taken advantage of by the blacks.
He deliberately ‘forgets’ to mention how in the first place blacks were displaced from their farms.
People were killed, women were raped and livestock was confisticated as the blacks were being driven off their land and forced to stay in settlements.
Atkinson and his people are silent on this but want to exaggerate the effects of the Land Reform Programme on the white commercial farmers.
Mike is commended by Janice, a visiting friend from South Africa, for doing a good job at his family farm in Mazowe.
“Of course it wasn’t always as productive as it eventually became,” Mike explained.
“Grandfather bought it from some fellow who was much too fond of his Scotch whisky bottle and had done very little to improve the place.
“But the Grandfather worked very hard, as old soldiers usually do, clearing the scrub and laying out more fields to plant.”
The writer gives credit for all the good work done at farms to whites.
What Atkinson seems to forget is how the indigenes were made farm labourers and did all the hard work with the owners of the farms only taking the credit.
Farm labourers worked from dawn till dusk, toiling on the land and producing on the farms with whites coming in to inspect on horsebacks.
As is the norm with Rhodesian writers, Atkinson takes a swipe at the black Government, saying it did nothing to empower its people.
“They (Zimbabwean Government) don’t do enough to encourage people to make their way by honest hard work,” writes Atkinson
The writer misses the thrust of the land reform, unveiled to make locals masters of their own destiny by playing a key role in economic issues.
This is a clear indication of how the Rhodesians want to distance themselves from their wrong-doings and blame Government for ‘running down the economy.’
In as much as the Rhodesians go on with their endeavour to tarnish the image of the Land Reform Programme, the locals are grateful for what happened and are now reaping the benefits.