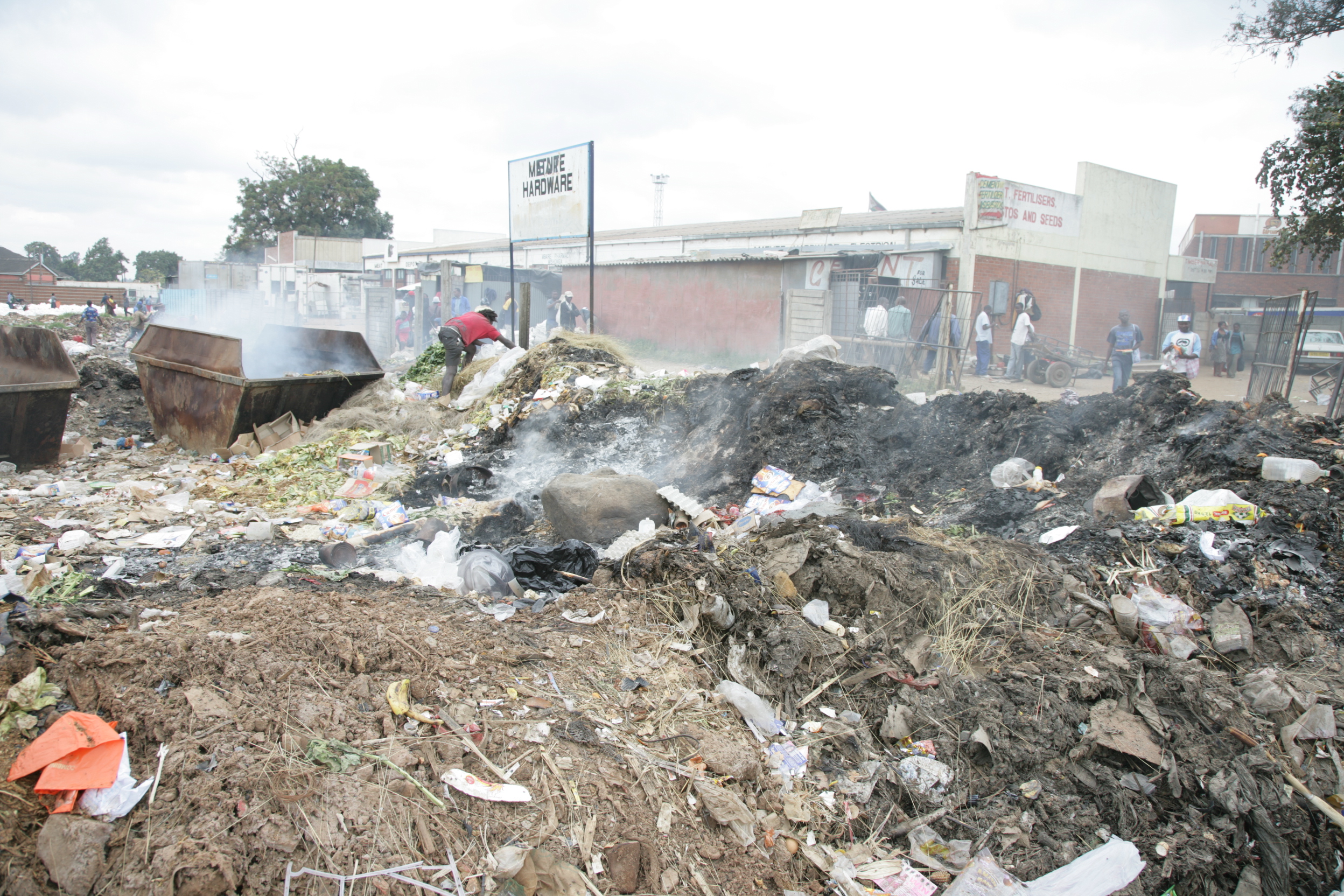 WASTE management, water and sanitation issues have become a major concern because of the failure by many city councils to provide timely services.
For many years, people have died while others have suffered from water borne diseases in the process seriously exposing local authorities for their poor waste management practices.
Many legal orders have been served by the Environmental Management Agency (EMA) on some city councils such as Harare City Council for their failure to collect litter, but in vain.
In an era of rapid urbanisation and climate change, proper management of waste is essential to avoid problems associated with improper disposal of waste.
In a move aimed at helping to raise awareness on urban climate change issues, Practical Action Brazil in partnership with a local community body carried out a pilot study on how raising awareness can help improve waste management practices, water and sanitation and reforestation issues.
It is widely known that toxic waste improperly disposed can seep into the ground and contaminate water supplies, sometimes causing widespread disease.
Non-toxic waste also causes pollution that contributes to global warming and a general negative impact on the public health.
Urban water management is now on the verge of a revolution in response to rapidly escalating urban demands for water as well as the need to make urban water systems more resilient to climate change.
To combat water shortage, water harvesting techniques have been put in place. Rainwater is collected when it falls on the earth, stored and utilised at a later point.
It can be purified to make it into drinking water, used for daily applications and even utilised in large scale industries and good in that it reduce water bills, reduce demand on ground water, reduce floods and soil erosion.
Rainwater is free from pollutants as well as salts, minerals, and other natural and man-made contaminants and can be used to recharge ground water through artificial recharge techniques.
In an interview with The Patriot, Peter Mukarumbwa, a freelance climate change consultant said Practical Action Brazil was helping Zimbabwe to raise awareness on urban climate change issues.
“Urban climate change issues are not very common here in Zimbabwe as stated in the National Strategic Framework which acknowledges that only 18 percent of people are aware of urban climate change issues and yet it affects them,” he said.
“Issues such as waste disposal, water and sanitation and reforestation are some of the issues which affect people in urban areas and yet you find them disposing their waste everywhere.
“Climate change is more of a rural phenomenon and yet climate change affects everyone.
“People suffer and react from it differently and as according to their economic status.
“You cannot expect someone from Borrowdale to suffer in the same way as someone from Dzivarasekwa.
“Practical Action Brazil therefore gave us a US$5 000 grant last year in order to raise awareness on how best communities can improve on waste disposal, water and sanitation and reforestation.”
Mukarumbwa noted the lessons learnt from Brazil which he said could help Zimbabwe improve its practices.
“Lessons from Brazil are on the favellas in which many people would improperly dispose of their waste resulting in the clogging of the country’s rivers,” he said. “The 2011 floods exposed how Brazil had less knowledge on environmental issues and recycling.
“With the help of the University of Rio and Care Brazil, the authorities began to raise awareness and there has been a massive reforestation and re-vegetation of slopes taking place in Rio’s degraded areas.
“Back home our pilot study done in Dzivarasekwa made us realise that people lack social responsibility when it comes to waste management.
“They throw litter everywhere hoping somebody else will come and pick it up. “Instilling a sense of responsibility through engagement of the communities and raising awareness with them on how they can create employment through waste will help improve our country.”
Mukarumbwa said with the response from the community, there has been need to upscale programmes if more funding can be availed.
“We had overwhelming response on the awareness programme with people even outside that area that we were covering came in to learn from the pilot study,” he said.
“We are writing a report on our findings and we hope that from that report we can get more funding from Practical Action Brazil so that we can scale up the awareness programme.”
Through this initiative Dzivarasekwa Extension has created a project on urban reforestation.
It is providing first-hand experience on how the local community can implement their own low cost projects.
Companies that pollute have to re-compensate for their pollutants and this compensation is used to reforest these areas as this is a part of national legislation.
A total of 60 community participants have been trained on how to develop their action plans to train other community members and to enable cross pollination of ideas amongst the participants.
Communities have also been trained in affordable safe and sustainable shelter and rain water harvesting techniques, waste disposal and, water and sanitation and urban reforestation