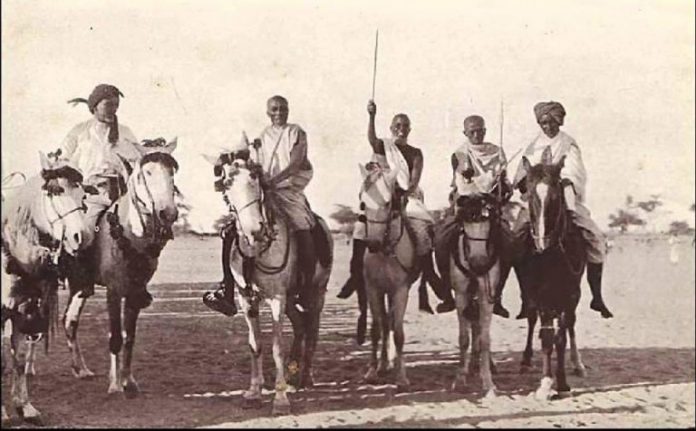 SOMALIA has been a place of strategic importance to Africa and Asia since ancient times.

It is located at the horn of Africa and borders the Red Sea and the Indian Ocean.

It is a place known for exporting goods east from the hinterland and vice versa.

It was an important part of the great silk road which stretched from China to southern Europe.

Somalia had one people, one race, one language and one religion.

They were all black Somali-speaking Muslims.

During the Berlin Conference that institutionalised the scramble for Africa, unknown to the Somalis, East Africa, including Somalia, was allocated to Italy.

Italy, France and Britain laid claim to parts of Somalia.

In 1885, the northern part of Somalia was signed off by the ruling sultanates to the French as a protectorate which they would prevent from being colonised by other European nations.

They would cunningly convert their protectorate into a colony by accusing, first, the British, then the Somalis, of murdering French sailors in 1886.

Central Somalia was signed off to the British under similar conditions in 1888.

That same year, the rest of Somalia became Italian Somaliland after being signed over to Italy as a protectorate.

They were led by Muhammad Abdullah Hassan, nicknamed ‘the mad Mullah’ by the British.

His resistance was effective, but the British were unwilling to accept defeat. Every loss in battle the British suffered from the Dervishes hurt their pride.

This led them to eventually deploy numerous troops and advanced technology such as military aircraft on men with sandals, swords, rifles and camels.

After two decades of fighting, Hassan’s resistance would be quelled in 1920 after an air attack that killed most of his family members and troops.

Britain, France, Spain and Portugal were way ahead of Italy in terms of colonial exploits.

Italian Somaliland had become Italy’s crown jewel and Benito Mussolini was trying to consolidate the rest of Somalia and East Africa under Italy.

The British had parcelled out the Somali region of Ogaden to Ethiopia in 1897 after Menelik, the Emperor of Ethiopia, had provided troops to aid them against French attackers. This led Mussolini to use this as an excuse to invade Ethiopia in 1935.

In 1940, the Italians militarily overwhelmed the British troops of British Somaliland, leading them to surrender the region to Italy.

By March of the following year, the British had successfully regained the territory lost to the Italians.

In 1948, the British added the Somali grazing area of Haud to the territory they were parcelling out to Ethiopia.

Some Somalis were, overnight, made citizens of Ethiopia without retaining any degree of autonomy.

This has caused conflicts between Somalis and Ethiopians which are evident to date.

On July 1 1960, what used to be British Somaliland was united with previously Italian Somaliland to form the Somali Republic.

In French Somaliland, the French, with their cunning, held a referendum to determine whether or not a majority would vote to join the new Somali Republic or remain under French rule.

A large percentage of the voters were white settlers and up to 1 000 Somalis were expelled shortly before the referendum.

The result, as in Mayotte and New Caledonia, was a rigged vote for continued French rule as opposed to independence. French Somaliland would never make its way back to Somalia.

Instead, after acquiring independence from France in 1977, French Somaliland would become the nation now known as Djibouti.

Meanwhile, the newly formed Somali Republic had Abdirashid Ali Shermake as its prime minister and Aden Osman Daar as its president.

In 1967, Shermake became president and appointed Muhammad Haji Ibrahim Edgal, one of the founders of government, as his prime minister.

In 1969, Shermake was assassinated via one of his bodyguards and Somalia, politically, fell into a state of turmoil.

He was succeeded by Siad Barre as president and he led the country warlord-style. Civil war broke out in 1991 after which a group of Somalis, with strong Western ideals, moved to reinstate the borders of formerly British Somaliland to form Somaliland.

Muhammad Haji Edgal was one of these members and he became the first president of Somaliland.

The Somali-landers have since voted yes to becoming a sovereign state, ignoring the history of the land being a part Somalia prior to the coming of whites to the land.

Somaliland is historically, geographically, genetically, linguistically and culturally a part of Somalia.

Their music and cuisines are the same and the only thing that separates them is that one region was once colonised by the British as opposed to Italians.

Somaliland is peaceful as opposed to the rest of Somalia which is constantly at war and was void of a functional government from 1991 to 2008.

The capital city of Somaliland has about 1,5 million people and the country has one of the most efficient and affordable telecommunication facilities in Africa.

Though the country is functionally independent from Somalia and receives informal acknowledgment and support from some countries around the world, it is still not officially recognised as a sovereign nation.

Allowing Somaliland to successfully break away will potentially lead other Somali regions like Puntland and Jubaland to seek sovereignty as well.

Informally, the West treats Somaliland as a separate nation from Somalia.

They allow and encourage Somali-landers to define themselves as a separate group to Somalis.

This has led to an identity crisis among Somali-landers who, for the most part, deem themselves superior to the common Somali. They may be better off in terms of being distant to terrorist attacks and so on, but, in all respects, they are Somalis.

The distinction between them is not as great as people may assume.

In Zimbabwe, it would translate to a region like Mberengwa becoming an autonomous region vying to be a sovereign nation solely on the grounds that the area was, for a time, occupied by Swedish as opposed to British settlers.

Mberengwa has Karanga people who are no different from all other Zimbabweans in terms of culture, language and looks.

It is not like Matabeleland which actually has a Nguni contribution to their population and, as a result, a different language to the Shona.

Even so, the greater part of the Ndebele population is historically and genetically from Zimbabwe and spoke chiKaranga prior to the coming of the Zulu.

With these examples and scenarios, we can understand why it is hard for Somalis to recognise Somaliland as anything but a region of Somalia. But for the West, division in Africa works well for them.

The British are both directly and indirectly responsible for the existence of an autonomous region of Somalia seeking its own sovereignty.

Unsurprisingly, evidence of Western support, aid and intelligence being provided to the Somaliland Government from Europe and America is overwhelming.

Somalia began with one land and one people of one race, ethnicity, culture and religion. This is a case of a land and people once again divided by the historical presence of Europeans, into two and a half nations, namely Somalia, Djibouti and Somaliland.