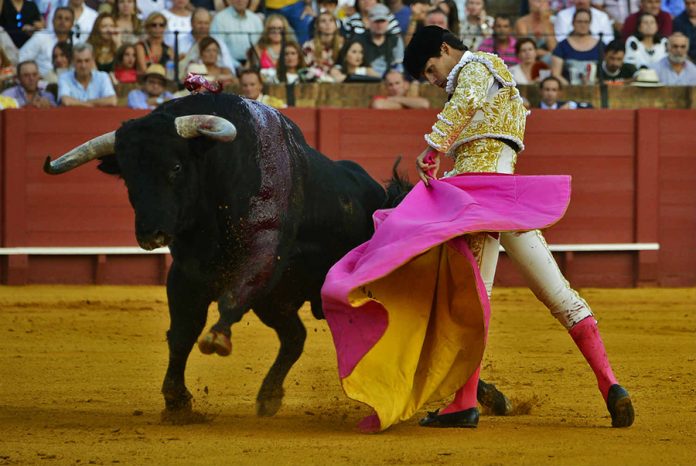 WHILE the word ‘bull’ also denotes the male species of other bovines that include the bison and water buffalo as well as many other large male animal species including elephants, rhinos, hippos, camels, giraffes, whales and even male crocodiles, most of us are more familiar with the ‘bull’ of the domesticated cattle species.
Although colloquially, people unfamiliar with cattle may refer to both castrated and uncastrated animals as ‘bulls’, in cattle, a bull is specifically an intact, uncastrated, adult male of the species bos taurus; commonly more muscular and aggressive than the female of the species – the cow.
The bull is an important animal in both beef ranching and dairy farming.
Bulls are much more robust than cows, with thicker bones, larger feet, a very muscular neck and a large, bony head with protective ridges over the eyes.
These features assist bulls in fighting for domination over a herd, giving the winner superior access to cows for reproduction.
Castrated male cattle are physically similar to females in build and horn shape, although if allowed to reach maturity, they may be considerably taller than either bulls or cows, with heavily muscled shoulders, but not so in the necks.
The hair on a bull is generally shorter on the body, but slightly longer on the neck and head with often a ‘mane’ of curlier, wooly hair.
The common belief that bulls have horns and cows do not is untrue: the presence of horns depends on the breed, or on whether the horns have been polled in horned breeds.
In horned cattle, the horns of bulls tend to be thicker and somewhat shorter than those of cows, and in many breeds, they curve outwards in a flat arc rather than upwards in a lyre shape.
Bulls are usually about the same height as cows or a little taller, but because of the additional muscle and bone mass, they often weigh far more.
Most of the time, a bull has a hump on his shoulders.
When a bull is fully grown, it can weigh as much as 900kg and over.
Other than the few bulls that are needed for breeding, most bulls are usually castrated at calf stage to reduce aggressive behaviour and to prevent unwanted mating.
Although some are reared as uncastrated bull beef, the majority of male cattle are slaughtered for meat before the age of three years, except where they are needed for work, such as for haulage or ploughing, in which case they are castrated.
A bull is typically ready for slaughter one or two months sooner than a castrated male or a female and produces proportionately more leaner muscle.
The female counterpart to a bull is a cow and a male of the species that has been castrated is known as a ‘steer’, ‘ox’ or ‘bullock’.
Usage of these terms varies considerably with areas and dialects.
For example, in north America ‘bullock’ refers to a ‘young bull’, while in Australia ‘bullock’ refers to a ‘draught animal’.
Late or improper castration on a bull results in it becoming a ‘coarse steer’, also known as a ‘stag’ in Australia, Canada and New Zealand.
In some countries, an incompletely castrated male is known as a ‘rig’ or ‘ridgling’.
In Australia, a wild, young, unmarked bull is known as a ‘micky’.
The bull has also been an important symbol in many cultures and has held a place of significance in human culture since before the beginning of recorded history as evidenced in cave paintings, some estimated to be over 17 000 years old.
The importance of the bull is also reflected in its appearance in the Zodiac as Taurus and its frequent presences in mythology, where bulls are often associated with fertility.
The Mythic Bull of the Heavens plays a part in the ancient Sumerian Epic of Gilgamesh, dating as far back as 2150 BC.
Worldwide bulls play a significant role in a variety of cultural activities.
Symbolically, the bull commonly appears in heraldry and in contemporary times, it acts as a mascot for both amateur and professional sports teams.
Bulls are used in certain sports, including ‘bull fighting’, mainly in Spain and Portugal, and ‘bull riding’ or rodeo in the US.
They are also an integral part of many festivals and folk events such as the ‘Running of the Bulls’ and ‘bull-leaping’, a sport in ancient times.
In India, as is the custom in Zimbabwe, the bull has more reverential associations.
In Hinduism, a bull named ‘Nandi’, usually depicted seated, is worshipped as the vehicle of the god Shiva and depicted on many of the images of that god.
Dr Tony Monda holds a PhD in Art Theory and Philosophy and a DBA (Doctorate in Business Administration) and Post-Colonial Heritage Studies. He is a writer, lecturer, musician, art critic, practising artist and corporate image consultant. He is also a specialist art consultant, post-colonial scholar, Zimbabwean socio-economic analyst and researcher.
For views and comments, email: tony.MONDA@gmail.com