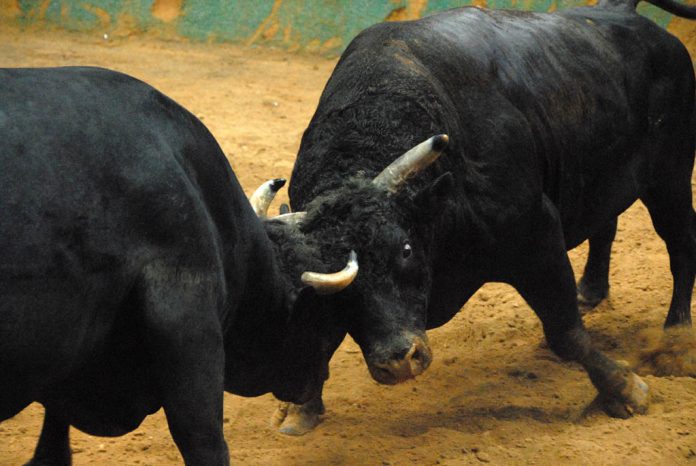 MANY questions have been posed to me regarding the spiritual role of cattle, which I believe is vital for understanding and interpreting our close affinity with our indigenous cattle in Zimbabwe.
It is a well-known fact that our cattle are the most important source of wealth in many indigenous African societies in southern Africa; though little is known regarding their spiritual role, in particular the socio-cultural rule of what is called the ancestral bull (kunzi revadzimu/handira).
The ancient Shona way of life was wholly informed by an indigenous religious tradition and African spirituality, often parochially referred to as ‘chivanhu’ (the religion of the people), cattle and a culture based around its perpetuity, being an integral part of this belief system.
Here, it must be noted that such reverence to a bull does not necessarily mean that indigenous Shona people were animists, nor did they worship cattle, as was often misconstrued by some early colonial settler-writers.
Although a bull is described simply as the uncastrated, adult male of any breed of domestic cattle, for the Shona people, however, there is more to the male bovine than its gender and reproductive functions.
The ancestral bull contributed in a very powerful way to the smooth socio-religious and cultural functioning of the Shona community.
In the Shona traditional cultural matrix, each rural homestead has a bull, usually named after the deceased founder of the clan or the patriarch of the village, whose spiritual after-life function is to protect the homestead and his family.
It is believed by most traditionalists that the ancestral bull of the homestead is endowed with human attributes – ‘ngombe kana kuti kunzi yevadzimu yayi kuma-kuma kana kudzvova pamusha, ichiva iyo nzira yeku taura nevanhu. Kunzi yevadzimu ndoyaitochengetedza pamusha’ ( in efforts to communicate with home/village progeny the ancestral bull would belch and eruct, as a sign of acceptance of deeds carried out in the homestead, or to give a warning sign, whichever the case may be, in order to guard the homestead).
According to Shona socio-religious protocol, kunzi revadzimu (the ancestral bull), becomes the plenipotentiary of the deceased ancestor, or grandfather of the village.
This phenomenon occurs following a ritual supplication conducted during a bira ceremony.
Here, ancestral spirits are entreated and the bull develops adscititious characteristics, where its behaviour patterns come to bear similarities to the deceased person – thus the bull becomes the locum tenens of the dearly departed ancestor.
The spirit of the deceased is conjured during the ceremony where elders, acolytes and mediums gather together to perform and consummate the ritual reincarnation of the deceased in the bull. Following this procedure, the bull is given a name, usually that of the departed.
The ancestral bull, once given a name, becomes the spiritual guide for the village or homestead; the bull responds to the extraneous force of the spirit of the deceased village elder.
The result of this process of transference of the human spirit and personality, as a host in the bull, makes the animal a living embodiment of the village head.
Thus, spiritually the animal assumes the responsibilities of looking after the village, where it normally enjoys spatial freedom and is always addressed respectfully, as if it were human.
When a bull expectorates, it is a physical sign of the presence of the human spirit manifesting within the animal.
The bull develops an inexplicable human psychism and extrasensory characteristics.
In some instances, the bull follows people to the fields and accompanies them as they cultivate their crops.
Oral accounts of the ancestral bull preferring to eat maize rather than grass in the fields or drinking indigenous beer that has been left out in the sun to ferment are not uncommon.
In fact, during the war of liberation in Zimbabwe (circa 1965-1979), cattle were known to inform the guerillas, literally, regarding intelligence, often warning them about potential danger or imminent Rhodesian forces attacks or security police raids at their places of refuge.
There are reports from the mid and late-1970s of some initiated bulls (kunzi dzevadzimu),known to communicate by warning freedom fighters regarding the presence of Rhodesian army forces and/or the presence of Selous Scouts, through their alarmist behaviour of continuous belching or head tossing.
During one incident in a village near Makwiro, a rather tempestuous bull named ‘Tungayi’ was said to have set off, charging into the bush and uncovering the hiding place of a troop of Rhodesian soldiers who ran for dear life; then gored the African soldier among them to death.
Was it the price for fighting on the wrong side, or could he have been a sell-out and the bull knew it?
Furthermore, chosen ancestral bulls are considered to be resistant to many cattle diseases and other illnesses.
But, should the ancestral bull be faced with a calamity and die prematurely, another ceremony would be conducted during the post-harvest period of the Shona agro-cultural calendar and a new bull would be selected as a host or medium of the venerable deceased elder.
Are occidental breeds or imported bulls able to receive the spirit of our indigenous ancestors, one wonders?
Dr Tony Monda holds a PhD in Art Theory and Philosophy and a DBA (Doctorate in Business Administration) and post-colonial heritage studies. He is a writer, lecturer, musician, art critic, practising artist and corporate image consultant. He is also a specialist art consultant, post-colonial scholar, Zimbabwean socio-economic analyst and researcher.
For views and comments, email: tony.Monda@gmail.com