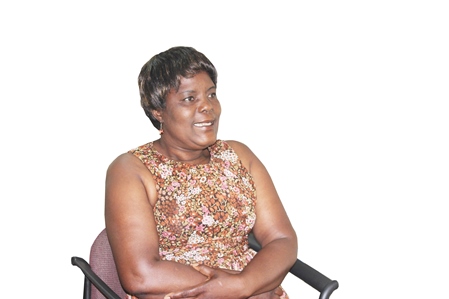 AS a political commissar at Chibawawa Camp in Mozambique, my mother Julien Chironda’s life somewhat improved.
She talks of gaining the respect and honour of her peers, especially male comrades.
Being a commissar she had benefits of not queueing for food, though it was the same food as everyone’s.
These little privileges made life bearable for my mother.
During this time, comrades were selected to go for further training at Tembwe and Tanzania.
Mother was among those selected to go for further military training.
She was happy for more formal training would increase her effectiveness enabling her to fully participate in the liberation struggle.
She left for Tembwe.
Life was difficult at Tembwe and mother got to learn and understand more about war.
War was vicious and brutal, lessons she learnt firsthand.
It meant continual suffering; war meant that freedom came at a very high cost.
Diseases and pain were the order of the day as a result of the squalid conditions in which they lived.
Malaria, typhoid, lice and jigger fleas were common.
For a year, she stayed at Tembwe and would become a librarian at the camp.
She worked with Cdes Farai Tawuya and Tichaona who were unfortunately killed during the Chimoio attack.
In no time, mother discovered that fighting meant more than carrying the gun as she found herself holding various important positions as a result of her level of education.
She was later chosen to go to the Chitepo Academy.
At the academy, they were tutored to become political instructors and for four months they underwent tutorials until the academy was temporarily closed.
For a short period they stayed at Takawira Camp before returning to Chitepo.
Mother will never forget the Chimoio bombing and how she survived the horrific attack.
It was one early morning in November 1977 while she and her friends were planning to go and do laundry when they saw a plane flying over the camp.
As she walked to the barracks to collect clothes she saw some Cdes looking up checking the plane.
While they were trying to ascertain the ‘business’ of the unusual visitor, they saw more planes that began dropping bombs.
Chimoio was under attack, a devastating and brutal attack and mother with fellow comrades escaped into a nearby bush.
They were lucky as they quickly reached the bush as the Chitepo Academy was on the edge of the camp.
While hiding in the bush, they realised that the enemy was also using a ground force.
My mother who was wearing a white dress with blue dots was asked to remove it as it was bright and easy to spot.
She removed the dress, but ‘unfortunately’ her undergarments were white.
She was instructed to remove them, but she would not go any further and had no option, but to separate herself from the group.
She hid alone.
For hours she hid with a pregnant comrade called Magorira until darkness fell.
It was during the night when they decided to get out of the war zone.
They walked from Chimoio to a place called Gondola.
Mother says at Gondola they met many injured comrades.
Those who were not injured helped carry the injured to Chimoio town for safety.
The Chimoio attack lasted for three days and those who managed to escape, among them my mother, were sent to Inchope.
At Inchope they waited for instructions.
Chimoio Camp, their headquarters, had been destroyed together with many comrades.
The attack did not dampen my mother’s spirit as she did not break down, but continued with the struggle.