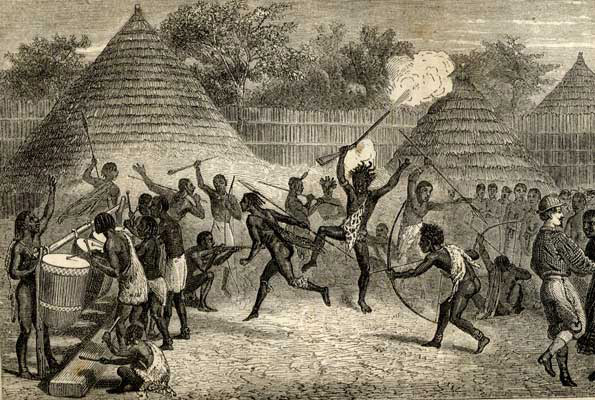 THE most outstanding feature of the Transatlantic Slave Trade is how it readily evokes gory images of brutal incursions by Europeans on the African coasts, the traumatic journeys from the hinterland as well as carrying Africans across the Atlantic known as the Middle Passage.

Not only does the institution of slavery evoke memories of unmitigated suffering and pain for millions of Africans, it also unravels the many unasked questions of agency, complicity and historical responsibility for inflicting such cruelty on humanity.

A subject of controversy yet to be fully told has been on the role Africans played in perpetuating the slave trade.

The role played by the US and European colonial powers like Britain, France, Holland, Portugal and Spain makes sad reading when we see how they forced Africans to be involved as well.

The role Africans were forced to play, especially for the slave-trading kingdoms of western and central Africa, is regrettable.

These included the Akan of the Kingdom of Asante in what is now Ghana, the Fon of Dahomey (now Benin), the Mbundu of Ndongo in modern Angola and the Kongo of today’s Congo, among several others.

And the justification for the enslavement of Africans was the lame argument that since Africans themselves practised slavery, it was no affront to African humanity for Europeans to do the same.

Another justification for the enslavement was the argument that Africans themselves participated in the slave trade as middlemen.

However, little attention has been given to the crucial question: Why did Africans sell Africans?

The argument is silent on the special circumstances under which Africans participated in the sourcing of slaves.

For Herbert Forster in Partners or Captives in Commerce: The Role of Africans in Slave Trade (1976), perhaps they indeed had little choice in the matter.

Around 1444, the Portuguese began trading in Guinea; at first, for gold and ivory, but soon after, for slaves.

Landing on the coast of Africa, the white men seized as many Africans as could be found – men, women and children and transported them to Europe.

It was a long time before the Europeans found an easier way of rounding up African slaves.

Captains of ships, from time to time, invited Africans to come on board, and then carried them away into slavery.

But when Africans finally discovered the treachery, white slave traders simply went on kidnapping raids, but this proved too dangerous for the Europeans.

In 1556, Sir John Hawkins sailed with two ships to Cape Verde, where he sent 80 men on shore to catch Africans, but the natives fled, leaving Europeans alone on the shore ‘to burn their towns and take the inhabitants’.

The slave catchers met with such resistance that seven of them were killed and they only took 10 slaves.

Since this was not enough, the slave ship travelled along the coast doing the same thing until enough slaves were captured to be sold in the West Indies (Caribbean).

But still it was not enough.

Europeans went to great lengths to influence African traders and leaders to provide enslaved Africans for the trans-Atlantic trade.

European traders encouraged African consumerism for European goods, formed military alliances to instigate fighting and increase the number of captives, and shifted the location of disembarkation points for the trade along the west and central African coast to follow African military conflicts.

The new method was to instigate a war between two tribes and to buy the prisoners of war.

Till then, the Africans had their contained wars; but were in general peaceful.

Statistics show that about 50 percent of the slaves were taken as prisoners during the frequent European-sponsored tribal wars occurring among the west African kingdoms.

Barbot, a French trader, said: “Many of the slaves sold by the Africans are prisoners of war, or taken in the wars they make against their enemies’ territories.

Others are simply stolen when visiting other tribal areas for business or when they are growing corn in their own fields.”

Walter Hawthorne, in his book Planting Rice and Harvesting Slaves, writes that the Atlantic Slave Trade was insidious because its effects penetrated deep into the social fabric of the Upper Guinea Coast — beyond the level of the state and to the level of the village and household.

Hence, in many areas, the slave trade pitted neighbour against neighbour.

Households located near fortresses were able to proﬁt from the slave trade by ‘tricking’ unsuspecting strangers and then selling them to merchants.

“These Beafares are so smart, that if a yokel arrives from the interior, they

pretend that they want to give him shelter, and they receive him into their homes. After a few days have passed, they persuade him that they have friends on the ships, and that they would like to take him and have a party. But when they go to the ships, they sell him. In this way they trick many yokels,” writes Hawthorne.

The Africans were able to gain access to new goods by kidnapping other African from their homeland in the interior of Africa.

Some became slaves as punishment for crimes or indebtedness, while most were tricked into slavery by family members, relatives and supposed friends.

One of the more notable accounts is of a slave sold after being ‘enticed on board of a Portuguese vessel by a treacherous friend’.

Another example is of a drumming group that was tricked into slavery in Atorkor (Ghana) in the 1850s.

The chief of Whuti, who was also a slave trader, was jealous of the leader of a group of drummers because the leader of the drummers fancied the chief’s wife.

The chief then arranged with a slave merchant named Dokutsu, who had contact with European slave traders for the entire group of 40 drummers to be sold into slavery.

It was arranged with the Europeans that the group of drummers would be tricked onboard the slave ship.

The drummers were told that the Europeans onboard the ship were interested in their drums and would like to hear them perform.

The drummers were served rum onboard the ship and became drunk.

Before they realised it, the ship had sailed off, headed for the so-called ‘New World’.

Kings were even convinced to sell their own subjects in this manner.

One Mr Moore, leader of the African Company in 1730, stated: “When the King of Barsalli wants goods (such as weapons) or brandy, he writes to the English Governor at James’s Fort, who immediately sends a sloop.

As soon as the ship arrives, the King plunders some of his neighbours’ towns, selling the people for the goods he wants.

At other times he attacks his own towns and sells his own subjects.”

Another French slave trader said: “I wrote to the King and said if he had a good number of slaves, I would trade with him.

He seized 300 of his own people and sent word he was ready to exchange them for the goods.”

The whiteman began selling Africans alcohol and then would hire them to sell one another into slavery.

When the slave ships arrived from Europe, they were laden with trade goods.

Captains offered gifts to local African leaders and paid taxes for the right to trade.

The direct involvement by Africans made a less threatening stay for the Europeans in Africa.

There were dozens of known African slave traders who had sold thousands of people to European slave merchants.

In West Africa, the traders were known as ‘caboceers’ and they lived on the coast.

They were usually appointed by the African rulers to deal directly with the European slave merchants.

The African slave traders were skilled in using, to their advantage, the rivalries between the French, the English and the Dutch to get the best prices for their slaves.

This gave birth to the serious business of barter and exchange, offering a wide variety of trade goods such as textiles, firearms, alcohol, beads, manillas and cowries.

Often they (caboceers) demanded ‘gifts’ or ‘custom fees’, known in some quarters as ‘dashee’, from the Europeans.

European traders, singly or in groups, would establish themselves under the protection of African rulers who welcomed them for the sake of the imported manufactured goods they offered in return for slaves or other produce.

Anything would sell on the African coast.

Slaves were exchanged for guns to fight wars, capture more slaves and to exchange for more guns.

They promoted themselves from chiefly status to the rank of king.

Oliver Ransford in The Slave Trade (1971) writes: “One prominent black entrepreneur who called himself Grandy King George was notably specific in his requests, ‘send me one lucking-glass’ he wrote to a slave captain, ‘six foot-long and six foot-wide’; he also demanded an armchair ‘for myself to sit in’ and a god mounted cane as well as a close-stool to complete the furnishing of his hut.”

Slave captains, though at pains, would entertain the demands.

In some cases, they would take caboceers and Kings on tours to England and even made arrangements for their children’s education in English public schools.

Salute and gunfire would be observed to honour the African kings while a feast and banquet would follow as signature to seal the deal.

This mutual agreement between the African and the European slaver made the process much easier and faster as captains would find every ‘thing’ in order.

A process which used to take months was now completed in a few weeks.

Fortresses and trading stations were set on the coastline.

An African trader usually transported his slaves to a coastal trading station by binding them around the neck with leather thongs, each slave about a yard distance from the next.

The factor living at the trading station negotiated a price between the African slave trader and the slave ship captain.

After making a deal with the factor, the traders transported the slaves in large canoes to the ship, riding at anchor just beyond the roaring surf.

However, identifying Africa’s part in the history of slavery does not negate Europe’s responsibility for introducing such a heinous crime on the African continent.