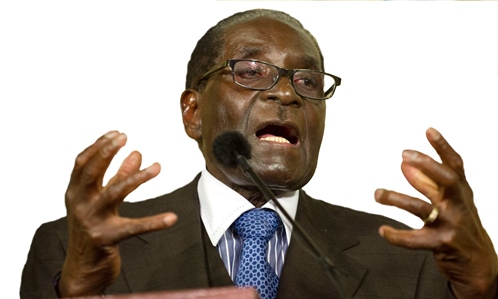 ATTEMPTS by the International Criminal Court (ICC) to divert attention of the African Union (AU) Heads of State and Government from discussing crucial issues about their organisation, at the mid-term summit in Sandton, Johannesburg, over the weekend dismally failed.
A white South African judge, Hans Hans Fabricuis had issued an interim order barring Sudanese President Omar al-Bashir from leaving South Africa.
This was after a Western-sponsored civil society group had applied to the High Court seeking the arrest of the Head of State following an outstanding warrant of arrest issued against him for alleged crimes against humanity and genocide.
The order was of no effect as President al-Bashir safely left for home after he had finished his business.
The arrival of the Sudanese President and the subsequent reaction by the South African courts had by Monday become the talking point including among the journalists gathered at the Media Centre at the Convention Centre in Sandton.
At the closing press conference well after midnight, the AU Chairman dismissed attempts by the ICC to have President al- Bashir arrested as inconsequential.
There is no way the AU would have allowed the arrest of President al-Bashir, since the current summit venue was Sandton and not The Hague
“This is not the headquarters of the ICC and we do not want it in this region at all,” said the AU Chair much to the relief of the anxious journalists.
The AU Commission Chairperson, Dr Nkosazana Dlamini-Zuma echoed the same sentiments emphasising that the summit venue was an AU and not South African venue.
Dr Dlamini-Zuma told the journalists that, just like any other previous AU summits, deliberations had gone on smoothly without paying any attention to the dust raised by the presence of President al-Bashir — a deliberate ploy by the West to unsettle the AU.
With Agenda 2063 threatening their grip of Africa’s natural resources, they can be expected to come up with all sorts of tricks to disrupt AU cohesion.
Most journalists had expected to hear of the withdrawal of the AU from the ICC at the closing Press Conference.
However, the AU Chair, President Mugabe explained that this was not possible, since the AU as a body had not applied for membership.
All ICC members had joined as individuals of their own volition, so they would have to follow the same route to withdraw.
However, the AU Chair is on record as having urged AU members to pullout of the racist body.
President Mugabe pointed out that his country had not joined the ICC since they didn’t want to compromise their sovereignty by submitting to the jurisdiction of a foreign entity.
The United States, China and Russia are among the major powers that are not members as well.
But you find that a non-member country like the United States, plays a key role in identifying who goes to The Hague.
For instance, when Kenyans ignored US Assistant Secretary of State for African Affairs, Johnnie Carson’s warning not to vote for Uhuru Kenyatta, ‘consequences of their choices’ saw their new President being invited to The Hague to face criminal charges.
That is why the ICC came under severe criticism for its attempt to embarrass President al-Bashir.
Addressing the media at the Convention Centre late afternoon on Monday, Mr Joseph Chilengi of the Economic, Social and Cultural Council for the AU (AU-ECOSOCC) declared:
“No Kangaroo court shall ever come and disturb the political-social environment we have.”
Mr Chilengi pointed out that although President al-Bashir had been invited by South African President Jacob Zuma, he was a guest of the AU and therefore immune from arrest.
In fact, AU members hosting a summit are expected to invite all members.
In 2012 when Malawi President Joyce Banda was intimidated by NGOs and refused to invite the Sudanese president, the venue of the 19th Summit was shifted to the AU headquarters in Addis Ababa, Ethiopia. But the practice of granting immunity at such fora is common
Even though the United States does not want to see President Mugabe on US soil, there is nothing they can do to stop him from attending the United Nations (UN) deliberations in New York.
Dr David Hoile, Director for the London-based African Research Centre told the journalists that the ICC had “boiled down to a very flawed European Court for Africa.”
And the situation had been worsened by the calibre of the judges most of whom were not qualified as the only recognised qualification was ability to speak English.
He also pointed out that 60 percent of the ICC funding comes from the European Union.
And as the saying goes: “He who pays the piper calls the tune.”
At question time, one journalist who identified himself with a South African media house stunned all when he seemed to be backing the ICC by wondering how far Africa could go in protecting ‘dictators’ like al-Bashir.
This immediately reminded me of another black South African, who earlier on had told me that there was nothing wrong in having a judiciary system run by whites in a black ruled country.
I told him about Judge Ferguson Blackie and company of Zimbabwe and their effort to block government attempts at land reform and the sentencing of a black Cabinet minister to jail.
He was not impressed.
That’s what mental colonialism does.
It makes individuals deny themselves by admiring values of the whiteman.
Maybe these South African colleagues of mine have been impressed by the Mandela Market shopping mall in Sandton.
It is an imposing mall clearly for the upper class, mostly whites as seen by its clientele, sitting in an area referred to as the ‘richest square mile in Africa’.
It looks very artificial.
What looks more real, however, is the adjacent Alexandra Township considered to be one of the poorest in Africa.
My two colleagues probably have dozens of close relatives and friends from there.
But, no doubt, to them Sandton is the best.