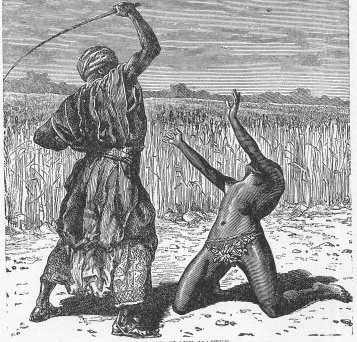 By Evans Mushawevato and Alvin Madzivanzira

One could go on and on as there are no sufficient words to describe this horrendous business venture which enriched Europeans and Americans, making billionaires and developing Western nations to developed states of today.

Due to the horrendous and despicable nature of the business of selling human beings to work as beasts of burden, perpetrators devised ways and means to portray the ‘commodity’, blacks, as non-human.

For the trade to continue without anyone in the world picketing and protesting, it was imperative that the rest of the world; the Church supposedly filled with good people, those ‘possessing a conscience’; to despise blacks, look at them with disgust and undermine their humanity.

Tasked to dehumanise black people, to strip them of all humanity, were a select corps of writers.

Unfortunately, or rather sadly, many of us are ignorant of the hundreds of years of sustained denigration that took place in order to make slave trade and subsequently the colonisation of black people excusable.

As a salve for the conscience, to justify the Slave Trade and carry it out without interruption and outcry, poverty, disease, lewdness, coarseness, filthiness, vulgarity, profanity, uncouthness, vileness, unwholesomeness, dirt, rudeness and immorality were made the exclusive identity of black people.

And it was an identity given all black people, wherever they were to be found in the world.

To reap the huge profits realised from selling people, it was critical that white people did not respect black people or treat them like human beings.

Prominent author Chinua Achebe succinctly explains how the Slave Trade flourished, supported and justified by white authors: “…a tradition does not begin and thrive as the tradition of British writing about Africa did, unless it serves a certain need. From the moment in the 1560s when the English captain John Hawkins sailed to West Africa and ‘got into his possession, partly by the sword and partly by other means, to the number of 300 negroes’, the European trade in slaves was destined by its very profitability to displace trade in commodities with West Africa. As early as the 1700s British trade in Africa had shifted entirely to slaves. Basil Davidson makes the point that by this time ‘men in Europe were accustomed to seeing Africans only as men in chains, captive without power and they transferred their impressions to Africa and the states from which these slaves had come. The belief in African inferiority was already in full bloom.

African behaviour, institutions and character were not merely disparaged but presented as the negation of all human decencies…A vested interest in the slave trade produced a literature of devaluation’.

Dalzel, for instance, prefaced his work with an apologia for slavery: ‘Whatever evils the slave trade may be attended with …it is mercy…to poor wretches, who would otherwise suffer from the butcher’s knife’.

And there at last, we have it in plain language. The enslavement and expatriation of blacks was a blessing and not even a blessing in disguise but a blessing that is clearly recognisable! A blessing that delivered the poor wretches from a worse fate in their homeland!

They invented an Africa where nothing good happens or ever happened, an Africa that has not been discovered yet and is waiting for the first European visitor to explore it and explain it and straighten it up.”

Thus, energy was expended in producing and spreading the message that blacks and whites are fundamentally —biologically and innately — different; a message that continues to haunt people of darker skins up to today.

Naturally, these beliefs were championed by white slave owners and scientists to justify slavery and inhumane experimentation on black people.

False beliefs, such as black people have thicker skin than white people and black people’s nerve endings aren’t as sensitive as whites’ were spread.

What is a black person?

A black person is an animal with pain threshold similar to that of a donkey.

A black person does not feel pain.

A black person has no feelings.

A black person does not think beyond a day.

It is important to note that the Slave Trade eventually ended, not out of the goodness of some white people but because it was no longer lucrative as would be the next venture — colonisation of resource-rich countries.

The Church easily, and without any remorse, participated in the Transatlantic Slave Trade, the most severe form of slavery practiced by Anglo-Saxons…who placated each other through believing blacks to be the children of the biblical Ham whom the Lord’s inscrutable judgment had ‘condemned’ to perpetual subjugation.

“Cursed be Canaan,” they would quote in vindication of their system, “a servant of servants shall he be unto his brethren.”

A whole society attempted to rationalise its prejudices in order to prove that the people they were harming were not worthy of better treatment.

In the 18th Century, racist views of Africa were most famously expressed by Scottish philosopher David Hume:

“I am apt to suspect the Negroes to be naturally inferior to the Whites. There scarcely ever was a civilised nation of that complexion, nor even any individual, eminent either in action or in speculation. No ingenious manufacture among them, no arts, no sciences.”

These derogatory views were consistently and systematically fuelled.

In the 19th Century, the German philosopher Hegel simply declared:

“Africa is no historical part of the world.”

The growing discourse on race added a further dimension to these debates, supposedly explaining ‘African backwardness’ and ‘savagery’ as biologically-predetermined characteristics.

Social Darwinists, such as Herbert Spencer, and eugenicists, such as Francis Galton, exerted enormous influence by lending credibility to the generalised belief that black people were an inferior lot.

Thus, Africa became “… a land of fantastical beasts and cannibals, slaves, backward races and so on…subjugating Africans (and others) (was) for their own good. European violence was going to stop the wars endemic to Africa, and their enlightened (over-)rule would be to the benefit of all,” reads a passage in Livingstone’s ideas of ‘Christianity, Civilisation and Commerce’.

To justify slave trade, there are authors who have also argued that slavery was already in existence in Africa.

Oliver Ransford, in the book The Slave Trade: The Story of Transatlantic Slavery, is at pains to explain that domestic slavery was the order of the day and before the climax of slave trade, chiefs could provide slaves from their own kingdoms before wars were executed to capture slaves from other kingdoms.

“Domestic slavery flourished in Guinea before the arrival of the white men. People could be enslaved through debt, capture, or inheritance of status.”

The author further claims: “Life for them, in Thomas Hobbes’ famous phrase, was poor, nasty, brutish and short. Dehumanising practices like ritual murder, poison ordeals and ghastly sacrifices abounded, and no one in his wildest dreams would claim that the Negroes had established a perfect manner of life.”

To strip them of their humanity, for instance, the origin of black people is said to be a mystery and his mind had no capability to comprehend the bigger issues of life.

“He has been taught to reject change in any form, to fear original thought and to drive out or kill any persons in the tribe possessed of unusual talent or aspiration. The race (black)… (is) highly conformist, the orthodoxy of the Negro mind conspicuously lacked that capricious obstinacy of the white man which has led him to rebel constantly against convention.

Tribal custom and teaching, together with the primal rhythm of the jungle, resulted in the earlier curiosity of the Negro being replaced by a fatalistic acceptance of the forest world with all its perils and limitations. There was no desire to improve conditions, and life from one century to another revolved in the same undeviating circle,” wrote Ransford.

Thus, slavery was deemed a favour and salvation of black people.

Are the days of slavery, in any form, over?