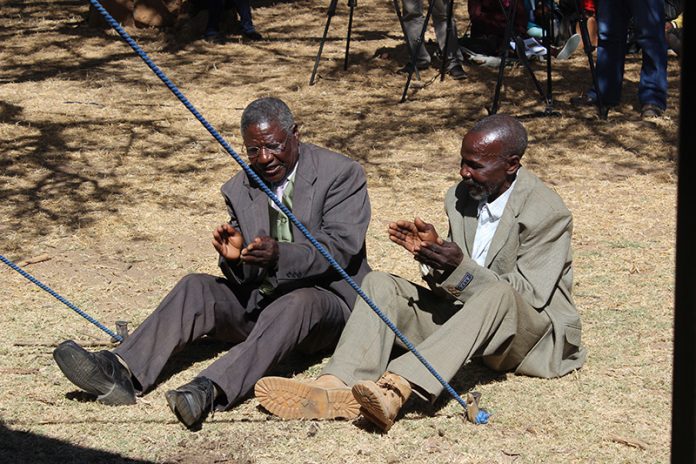 HISTORY, as some scholars teach, is a place where the dead come to inspire the living.
It is through a people’s history one can understand their culture, identity and way of life. Given the important role history plays in shaping one’s future, Africans have ensured their story is passed down from generation to generation.
Information about Africans’ way of life and history is encoded in folk tales, idioms, proverbs and totemic praise poems among other various knowledge systems.
In the book, Our Totems Our Sexuality, Cosmas Nyamutswa examines totems to identify their standard format and layout as well as their importance in the Shona culture.
“The totemic system demands that it is reconstructed in such a manner that it conforms to practices, culture and tradition of indigenous people of this country,” writes Nyamutswa.
“An important aspect of totemism that must be acknowledged is that it expresses respect, gratitude, praise of the other, self praise, happiness and whole-hearted thanking of the other, and all this is capped by tremendous humour.”
Nyamutswa says totems have been passed down through generations and have held the Shona people together.
Rules governing the totemic system have contributed to the functioning of the Shona society.
“The totemic system was obviously systematic in the beginning and each totem conformed to specific rules which can be determined today,” writes Nyamutswa.
“The totemic system (zvomitupo) encompasses the totem (mutupo), principal praise name (chidawu), totemic animal (mhuka inoerwa) and totemic praise poem (nhetembo yomutupo).
A totem is used for providing a social identity to an individual, prevention of incestuous relationships, expressing appreciation, praise, homage and thanks.”
Nyamutswa explains that the totem “…is a term that identifies people of the same bloodline who trace their origin to a common ancestor and it is passed on from father to children through the patrilineal system.”
However, he explains that among certain groups in the past, totems used to follow the matrilineal system.
The principal praise name (chidawu), Nyamutswa writes, “It is when people have the same totem and a common paternal bloodline; they belong to the same clan.
However, those of the same totem and clan can further be divided into sub-clans by assuming a different principal praise name (chidawu).”
Totemic symbols, Nyamutswa writes, are generally referred to as totemic animals, understandably because most of them are animals.
“These are in the form of animals, parts of an animal, bird and other creatures such as insects,” writes Nyamutswa.
“The totemic symbols of a clan are represented by a specific species of animal, bird or creature.”
Through totemic praise poems, the information and history of the people is packaged. These poems connect people with their ancestors.
“Nhetembo yemutupo (totemic praise poem) is defined as a poem recited to praise and thank a member of that clan or sub-clan so as to encourage good deeds and each one applies to specific groups like men only, daughters only, men in blankets, women in blankets and for other purposes,” writes Nyamutswa.
“The totemic system strings together people of the same genetic identity and provides a spiritual connection between an individual, family, clansmen and the ancestors. When someone is praised using the totemic system, the praise reverberates through that chain. Addressing someone by their totem, praise name or totemic symbol is the utmost show of respect among Zimbabweans.
The person being addressed feels respected, inspired, encouraged and motivated. One feels that they are a great ancestor reincarnate. Ancestors are held in high esteem.”
Nyamutswa explores an interesting dimension of how totems are linked to the Shona people’s sexuality.
“It is common knowledge that our totemic system carries sexual overtones,” writes Nyamutswa.
“When a member of a totemic clan is being praised or thanked, sexual matters are mentioned, veiled most of the times but sometimes explicitly.
When such sexuality is mentioned in public, people just giggle and rumble in low tones but nobody is offended.”
Totemic praise poems, as Nyamutswa writes, are also meant to strengthen sexual relationships.
“It is well known that totems, praise names and totemic symbols are linked to sexuality,” he writes.
“Husband and wife thank each other in poetic sexual language for conjugal favours in the bedroom. The poetic words uttered by the wife are called madanha and those recited by husbands are called zvirevereve.”
Given the rich history behind totems, Nyamutswa dispels the notion that Africans were primitive.
“Zimbabweans may wish to think our ancestors as having been primitive,” he writes.
“Such thinking fails to recognise their achievements in constructing the world class edifice of Great Zimbabwe and their illustrious effort by the Moyo people to go to the moon, a feat that was achieved by Americans centuries later.
The totemic system is an envy of Western civilisations. Western civilisation has no in-built mechanism like totemism to prevent incest.”
As Zimbabweans strive to better their future, knowing more about their history would help them achieve their goals and dreams.