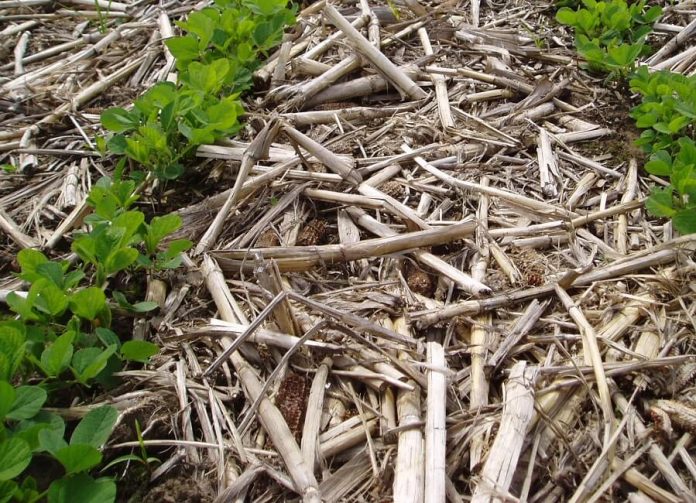 AS the summer cropping season begins, the Zimbabwe Farmers Union (ZFU) has embarked on a capacity building programme to improve conservation farming practices in the country in a bid to increase yields.
This is part of efforts by stakeholders to encourage farmers to adopt other methods of farming that ensure they get maximum yields despite getting inadequate rains.
Issues of inadequate funding, high costs of production and failure by farmers to access advanced machinery have been cited as the major drawbacks in the sector.
The change in rainfall patterns has also resulted in poor yields since some farmers do not have access to irrigation facilities.
In a bid to promote the adoption of Conservation Agriculture (CA) by smallholder farmers, ZFU, in partnership with Southern Africa Confederation of Agricultural Union (SACAU) is implementing what has been dubbed ‘Up-scaling Farmer-Led Conservation Agriculture Project’ in Mashonaland East and Manicaland provinces.
The project seeks to promote the adoption of conservation agriculture technology through the use of demonstration plots hosted by school-based Young Farmers Clubs (YFCs).
The project has a unique approach as it targets to generate interest in agriculture among schoolchildren while at the same time up-scaling the adoption of conservation agriculture by the community surrounding the schools.
One key component of the project is to foster learning and experience sharing through field days at the best performing sites.
Conservation farming is a concept for resource-saving agricultural crop production that strives to achieve acceptable profits together with high and sustained production levels while concurrently conserving the environment.
This type of farming helps in soil and water conservation by reducing erosion, runoff and overall improvement of conditions for plant growth.
Conservation farming includes a number of components and practices such as zero tillage, contour and stubble farming, alley cropping, crop rotation and trap cropping, among many others.
Zero tillage involves planting crops directly into land which is protected by a mulch using minimum or no tillage techniques.
Some farmers have, in the past, cleared off much which helps prevent the rate of soil erosion and water run-off as well as improving the soil’s fertility.
ZFU director Paul Zakariya said farmers will receive training and technical assistance on how to improve yields by adopting conservation farming.
“The exercise comes at a time when the majority of smallholder farmers using conventional farming methods are getting low yields,” he said.
He said there is need to push for all farmers to practice conservation farming as it had many benefits not only in food production but also in preserving the environment.
“Conservation agriculture addresses the problem of low erratic rainfall through the use of technologies that reduce water losses and increase infiltration and low soil nutrient status by reducing top soil loss and increasing soil carbon and nitrogen through the use of organic soil cover and legume in rotations and interactions,” he said.
“Conservation agriculture is an African initiative which presents great opportunities for attracting investment and resources for adaptation in the agricultural sector.
“Our experience is that farmers who practise conservation technology generally get better yields than those not practising.”
The country has, in the past, lost more than 30 percent of the maize crop to wilting as it has been experiencing unexpected prolonged dry spells during the summer season.
Agriculture experts say conservation farming could help the country reach food sustainability and authorities are targeting 500 000 farmers to practice conservation agriculture on over 250 000 hectares of land.
The uptake of conservation agriculture has increased significantly from over 5 000 farmers in the 2004 season to over 350 000 farmers covering an area approximately 150 000 hectares in 2012.
To achieve this target, Government has put in place the Conservation Agriculture Up-scaling Framework for Zimbabwe which seeks to promote its uptake and improve crop production.
Increased food production is not only expected to impact at household level but go even further and contribute to the national efforts of achieving promoting food security.
The country requires 1 800 000 metric tonnes of grain and 450 000 tonnes of wheat per annum.
However, over the past decades, the sector has failed to meet these targets resulting in the country which was once a surplus crop producer becoming a net food importer.
The adoption of convenient farming methods which counter the effects of climate change, as pundits predict, will result in the country being able to produce sufficient grain.
With the country working towards regaining its status as a grain exporter, it is hoped farmers will embrace new technologies and skills to ensure they improve yields.