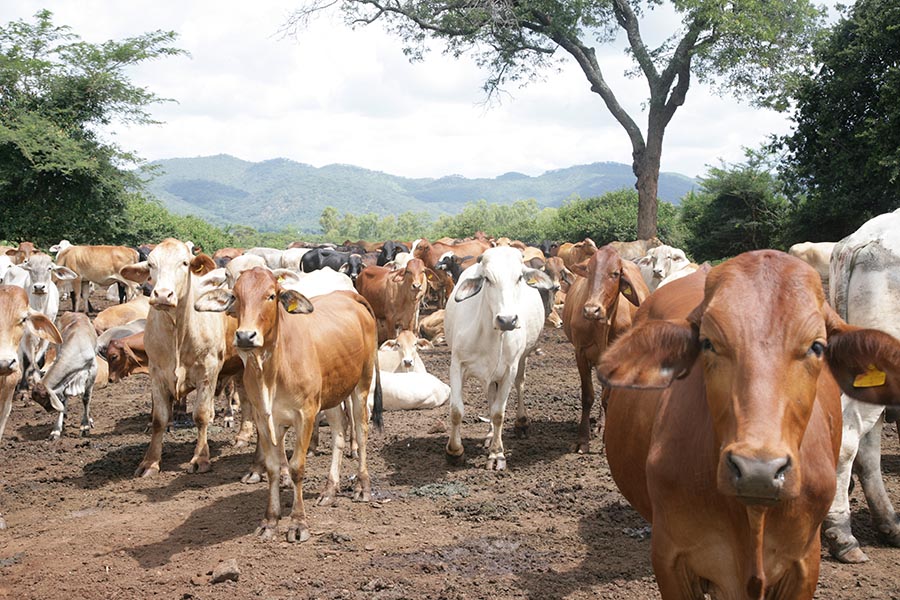 THE continued depletion of our national heritage and pride — our cattle — is of great concern.

The national herd stands as a symbol of our relative prosperity.

Simple accounts will prove that a herd of five million cattle could easily be worth US$550 million in cattle stock when calculated at the most basic cost price.

While it is not an easy feat for a sub-Saharan country, such as Zimbabwe, to have a full proof healthy national herd, it is not impossible, and has been achieved in the past.

Zimbabwe’s agriculture and animal husbandry industries suffer from the vagaries of weather, lack of technical means and the requisite training in modern farming methods as well as a national task force to rehabilitate the national herd.

Notwithstanding Treasury’s allocation of a supplementary Budget of over

ZW$67 000 million to the Ministry of Lands, Agriculture, Water, Fisheries Climate and Rural Resettlement’s Department of Veterinary Services (DVS) for the procurement of dip chemicals, vaccines and animal pest and disease surveillance to curb livestock deaths, measures to buffer expensive veterinary medicines required for the cattle have not been forthcoming, presumably due to lack of foreign currency as well as lack of technical support for the mobility and effectiveness of Zimbabwe’s animal husbandry extension services.

Tick-borne diseases continue to be a serious threat to Zimbabwe’s national herd and, by extension, a threat to household and national income and food security.

Exasperated by lax treatment and poor nourishment during the previous season, the health of cattle in Zimbabwe continues to deteriorate at an alarming rate.

According to a report from the UN’s Food and Agriculture Organisation (FAO): “Inconsistent supply of acaricides to communal area dip tanks by the Department of Veterinary Services starting in 2017 due to deteriorating macroeconomic conditions resulted in tick-borne diseases (mostly theileriosis) emerging as a major threat to animal production.”

Though dipping is the most, and only, effective way of managing disease, FAO reports that in 2019: “Dipping sessions per dip tank dropped from the recommended 32 sessions per year to an average of 8 to 12.”

Thus, together with untethered price distortions and expensive veterinary treatment, it resulted in the prevalence of tick-borne diseases, especially theileriosis increasing, and has greatly hampered Government’s efforts to restore the national herd, with more than 50 000 cattle, worth an estimated US$40 million, succumbing to diseases in 2019

In 2019, in response to the high incidence of tick-borne diseases and in line with ensuring enhanced agricultural production capacity for crops and livestock, the Food and Agriculture organisation of the United Nations (FAO) and its partners through the Zimbabwe Livelihoods and Food Security Programme (LFSP) developed a model to help farmers sustainably access acaricides for community dip tanks.

FAO and partners provided logistical and material support to the Department of Veterinary Services and supported farmers to set up 744 Livestock Dipping Committees (LDCs) comprised of local cattle owners in 10 districts to ensure effective and sustainable management of dipping services at community level.

Farmers then assumed full responsibility of acaricide supplies from the seventh month onwards.

Together with its partners, FAO capacitated farmers to set up revolving funds for acaricide procurement into which all cattle owners contribute via District Livestock Development committees (DLDCs). All acaricides purchased are distributed to the contributing LDCs through DVS structures.

According to Patrice Talla, FAO’s Sub-regional c-ordinator for Southern Africa: “Such participatory livestock tick-borne-disease control models co-created by communities, government veterinary departments and private sector are innovations which need to be embraced by policymakers and scaled-up in Zimbabwe and beyond to ensure sustainable livestock health services and enable transformation of the sub-sector.”

This reduced dipping water requirements from 20 000 litres for plunge dips to 1 000 litres for spray races and reduced annual dipping costs from USD19 800 (using pour-ons) to US$1 632 per dip tank.

A livestock specialist at FAO confirmed: “To date farmers have collected US$37 284 in dipping levies and the money was used to purchase 1 152kg amitraz. FAO has complimented the farmers’ efforts by procuring and delivering 41 783 litres of deltamethrin and 6 462kg of amitraz to 744 dip tanks in 10 LFSP districts in Manicaland, Mashonaland Central and Midlands provinces.”

This resulted in weekly dipping sessions in summer and every fortnight in winter for contributing households. From January to December 2020, a total of 920 097 out of a target of 1 000 000 cattle from 145 176 households were dipped regularly, which resulted in the reduction of tick-borne diseases.

In Kwekwe District, 25 cases of clinical tick-borne diseases were reported between January to December 2020 (first year of the model’s operation) compared to 104 cases in the previous year.

Though the coming of the rains this 2020-2021 season, despite the renewed damper of the COVID-19 threat, brought relief and joy to most, especially to farmers throughout Zimbabwe, the euphoria was short-lived for livestock farmers who continued to lose their stock due to disease outbreaks, in particular theilerioses, which has now come to be known as ‘January disease’ in Zimbabwe.

The formidable challenge of rearing a health national herd needs to be met with support from industry, academia, the farming community at large, trade relations and global animal humanitarian support.

These efforts would have far-reaching effects that would bolster our national programmes for food security and protein autonomy.

Besides a national veterinary subsidies programme urgently required to bolster cattle rearing, a national programme for food security and cattle-rearing education needs to be implemented, especially in view of climate change, through improved breeding practices and an accessible public practical education programme in cattle husbandry.

The development of new pastures through a national cattle pastural irrigation programme could also help to control the current unmanaged mobility of livestock, thus prevent the spread of diseases of the wild forest pastures and promote a concerted management of rural livestock resources.

Water, being a fundamental element for all living organisms should be developed into a systematic water supply reservoir for cattle and humans in rural areas; particularly for improved cattle breeding practices.

Having witnessed first-hand the grim reality of all the cattle diseases that are currently plaguing the national herd, it is time to proffer workable cattle-rearing solutions that will inspire greater hopes for the rural populace of Zimbabwe that was once considered the cattle capital and livestock hub of Southern Africa.

African cattle and man share a common space of vegetation, environment and weather; despite the vagaries and vicissitudes of history and colonisation.