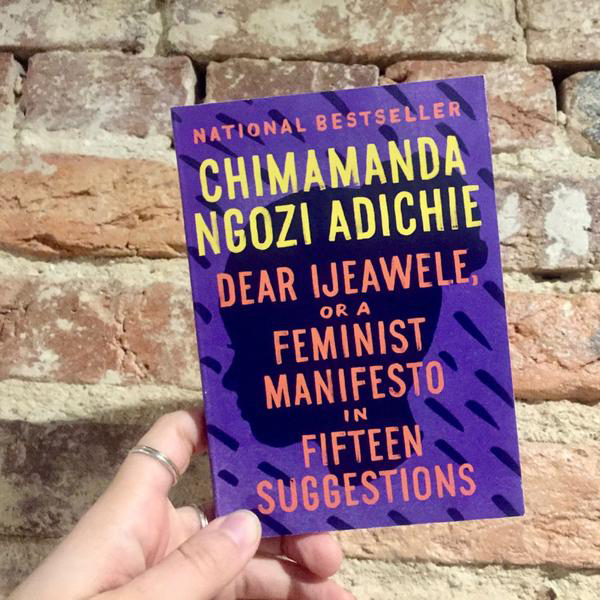 “A GIRL with a dream grows up to be a woman with a vision,” is an often heard quote in developmental circles.

March is Women’s Month; set aside to celebrate women’s achievements.

Driven by hard work, determination and the zeal for development, women from all age groups have ventured into politics, business as well as the arts — and they have made their mark.

The idea is to make a difference.

Indeed, history is being made as women from different social backgrounds continue to claw their way up the ladder of success.

It is said: ‘History remembers the brave and the victors’.

One such woman is Chimamanda Adichie Ngozi, a renowned writer from Nigeria.

In her book, Dear Ijeawele, the writer gives advice to women on issues of empowerment and development.

The book is written as a letter to a friend, Ijeawele, to celebrate the birth of her daughter, Chizalum Adaora.

Adichie Ngozi offers advice on how Ijeawele can raise her daughter to be a strong, self-reliant and empowered woman.

Ngozi advices Ijeawele not to let motherhood disrupt her life.

“Be a full person,” she writes.

“Motherhood is a glorious gift, but do not define yourself solely by motherhood.

Be a full person.

Your child will benefit from that.”

Ngozi is of the opinion women should continue pursuing chosen career paths even after giving birth.

She gives the example of the pioneering American journalist, Marlene Sanders, who was the first woman to report from Vietnam during the war at a time she was raising her son.

She writes: “Sanders once gave this piece of advice to a younger journalist: ‘Never apologise for working. You love what you do, and loving what you do is a great gift to give your child’.”

Ngozi stresses that the role to raise children was not to be left in the hands of women alone.

As the African proverb goes: ‘It takes a village to raise a child’.

“Our culture celebrates the idea of women who are able to ‘do it all’ but does not question the premise of that praise,” writes Ngozi.

“I have no interest in the debate about women ‘doing it all’ because it is a debate that assumes that care-giving and domestic work are singularly female domains, an idea that I strongly reject.

Domestic work and care-giving should be gender-neutral, and we should be asking not whether a woman can ‘do it all’ but how best to support parents in their dual duties at work and at home.”

The author calls for society to do away with gender roles prescribed by society.

“Do not ever tell her that she should or should not do something because she is a girl,” she writes.

“Because you are a girl’ is never a reason for anything.

Gender roles are so deeply conditioned in us that we will often follow them even when they chafe against our true desires, our needs, our happiness.

They are very difficult to unlearn, and so it is important to try to make sure that Chizalum rejects them from the beginning.

Instead of letting her internalise the idea of gender roles, teach her self-reliance.”

Ngozi highlights the importance of taking pride in African culture by women.

“Let her grow up to think of herself as, among other things, a proud Igbo woman,” she writes.

You can say to her, in different contexts and different ways, ‘Igbo culture is lovely because it values community and consensus and hard work, and the language and proverbs are beautiful and full of great wisdom’.”

Women, she writes, should not be made to view marriage as an achievement in life.

“Never speak of marriage as an achievement,” she says.

“Find ways to make clear to her that marriage is not an achievement, nor is it what she should aspire to.

A marriage can be happy or unhappy, but it is not an achievement.

The girls will grow up to be women preoccupied with marriage.”

“Teach her to take pride in the history of Africans, and in the black diaspora,” she writes.

You might have to counter some of the things she will learn in school – the Nigerian curriculum isn’t quite infused with the idea of teaching children to have a sense of pride in their history.”

As women continue to be celebrated, its important that they be made aware of their importance in society.

After reading the book, the reader can easily conclude that women are indeed priceless!