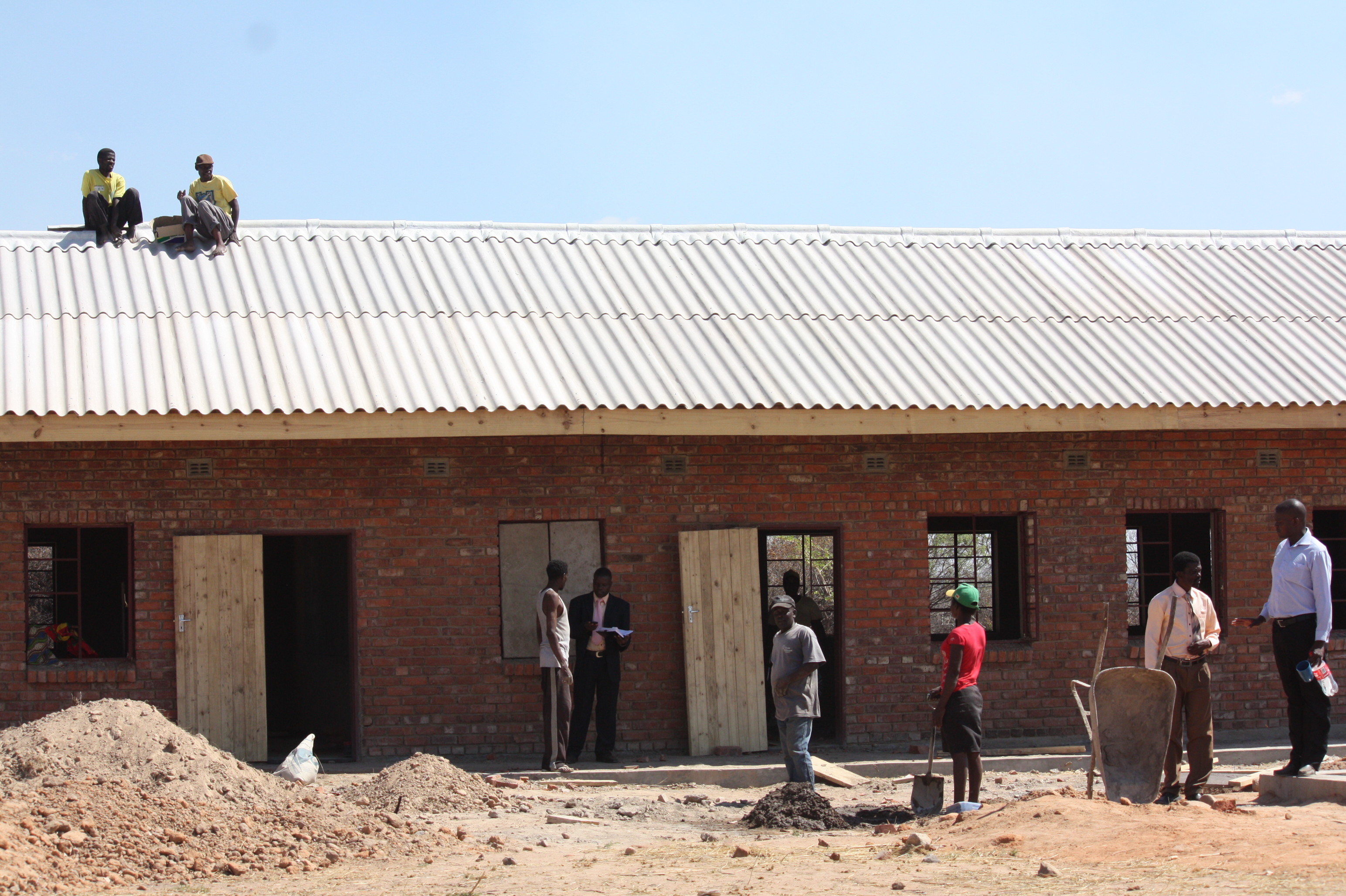 VARIOUS life transforming projects, under the Chegutu-Mhondoro-Ngezi Zvimba Community Share Ownership Scheme have been completed while several are near completion as ZANU PF embarks on the process of fulfilling its electoral promises.
Set in mainly mining areas, the ghost of poverty in the midst of plenty is slowly vanishing from these areas through the immense benefits from the trusts courtesy of the ZANU PF empowerment drive.
Although the CSOTs were launched before elections under the ZANU PF initiated indigenisation and economic empowerment programme, the programme has begun to bear fruit with people in communities expressing delight over the programme.
The ZANU PF Election Manifesto highlights that the party has spearheaded 59 Community Empowerment Schemes in conjunction with foreign-owned mining companies.
“As clear evidence that indigenisation is real and already taking place where the people live, ZANU PF has spearheaded 59 Community Empowerment Schemes covering 93 local authorities across 10 provinces. This is in line with the principle that the beneficiaries of indigenisation and empowerment are not individuals per se but the people as communities, workers and the generality of the population,” reads the Manifesto in part.
The revolutionary party romped to victory on the back of the indigenisation and economic empowerment programme anchored on the CSOTs.
The Patriot this week visited Chegutu, where several projects worth US1,2 million have either been completed or are being undertaken.
Chegutu Rural District Council Social Services Officer, Tawanda Kangai said the programme has created immense opportunities for people in the communities.
“The biggest advantage of the trust scheme is that it has created employment opportunities for people from the area within which the projects are being implemented,” said Kangai.
“Parents are also now able to pay school fees for their children through various schemes that have been born out of the trust scheme.”
Among the beneficiaries are Anna Dhokotera and Beauty Phineas of Ward 23 who are employed as general hands at Murambe Secondary School.
So far, the Chegutu Heroes Acre has been completed with the construction of the caretaker’s house, tombstones for the 12 graves, and the tomb of the Unknown Soldier.
At Busbury Secondary School in Chegutu West Constituency, construction of two classroom blocks is in process in a move that will ease pressure on students who used to travel long distances to access secondary school education.
This paper also visited Murambe Secondary which is 28km from Chegutu town where there is also construction of a classroom block, staff quarters and offices.
Currently the students are learning in tobacco barns.
At Exwick Primary School, construction of a classroom and staff quarters are also under way.
In an interview soon after a tour of the Busbury block, member of the House of Assembly for Chegutu West, Dexter Nduna said while the programme was moving on well, there was concern over the manner in which funds were being released for the project.
The funds for the Trust are controlled by the Apex Council which is made up of the Chairman of the Trust, Zimplats and District Administrators.
Nduna lamented the exportation of money through the continued sourcing of materials from outside Chegutu.
“The programme is going on quite well but it would be different if the money being used for the projects remained in the community,” said Nduna.
“It loses meaning when we start exporting money to other communities, materials for building must be sourced locally so that we derive maximum benefit from the projects. When we source materials from PG, UBM or Wildale then we are not promoting locals. We also want the money for the Scheme to come in bulk not in dribs and drabs as is currently the situation.”
Nduna said other projects must be born from the on-going CSOTs projects so that massive development comes to Chegutu.
Among the projects Nduna has targeted are the utilisation of the ACR claims dotted around the constituency, the revival of David Whitehead and the establishment of a metallurgy centre.
Chief Mashayamombe of Mhondoro expressed similar sentiments saying Zimplats was releasing little money for the projects.
“We are quite happy with the progress made so far but we feel that more can be done if the money is released in bulk,” said Chief Mashayamombe.
“At the moment we expect more to be done especially on improving our road networks.”
He said the Trust requires the services of a legal advisor and an administrator to assist in administration issues and implementation of projects.
“One of the key issues that need urgent attention is the appointment of a legal advisor and administrator to assist in administration issues and implementation of the projects,” he said.
There is no doubt that the CSOTs have brought relief to communities.