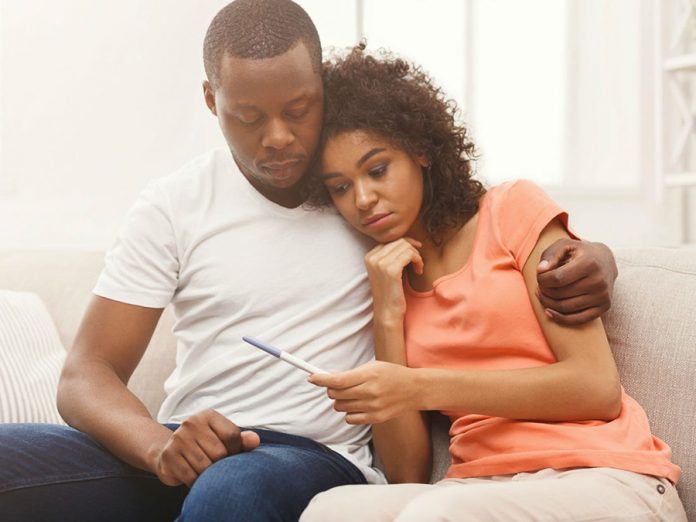 GROWING up, Tonderai Maunga (not real name) never thought he would become a polygamist but the need to have a child ‘forced’ him to betray the love of his life and marry another woman.

Narrating his story, Maunga says he got married to the love of his life at the age of 30 and the couple enjoyed the first two years of their marriage until relatives (aunts and uncles) started asking questions with regards to the issue of having children.

“They were inquisitive about our ‘bedroom issues’ to the extent that attending family functions became torture.

Maunga and wife comforted each other, sustained by the love they shared, but as the years rolled on, they were both ‘forced’ to start asking themselves why they were not conceiving.

“I remember one day, I woke up in the dead of the night to ask my wife if she was still on contraceptives and was shocked to learn that she had been off them for almost a year.

“I realised that, just like me, my wife was consciously getting herself ready for a child in our lives,” said Maunga.

Maunga says they kept trying, but it was all in vain.

During that process of trying, it did not cross their minds to seek medical attention. All they wanted was a child.

Pressure from friends, family and the community at large forced Maunga to do what he had never anticipated, planned or imagined.

He took advice from friends and uncles who persuaded him to have a secret affair with another woman so that he could become a father.

It was easy for Maunga to begin the secret affair but not easy for him to leave the love of his life who kept on trying and looking for solutions to their problem which was now hers alone.

Six months into the affair, Maunga’s secret woman became pregnant and bore him a son.

Maunga did not waste time, he suddenly became confident enough to introduce the mother of his son to his wife and married her as a second wife.

The first wife knew that society assumed a woman to be the one with the problem in a situation where a couple fails to conceive.

The infertility investigations revealed that she could conceive and was instructed to persuade her husband Maunga to undergo the same procedures.

A very confident Maunga did not hesitate since he knew that he had left a ‘testimony’ of his manhood with his second wife.

What came as a great shock to him was that he was told the reasons he could not get his wife pregnant was because he was suffering from asthenozoospermia one of major reasons for male infertility.

Questions of who impregnated his second wife is a story for another day but one might ask: What is asthenozoospermia and how is it treated?

Asthenozoospermia is a decrease in the percentage of motile sperm in a sperm sample and it is identified by means of a seminogram or semen analysis.

According to the criteria included in the 5th edition of the World Health Organisation (WHO) (2010) manual, a man has asthenozoospermia when less than 32 percent of sperm in the ejaculate have progressive motility (sperm which move around) or when there is less than 40 percent total motile sperm (motile sperm which do and do not move around).

The Patriot caught up with obstetrician and gynaecologist Dr Mugove Madziyire to explain how male infertility is connected with hormonal imbalance.

“Sperm production is initiated by hormones produced in the hypothalamus and pituitary region of the brain. These cause cells in the testis to produce testosterone which then support the sperm producing cells. The testosterone also helps in driving sexual desire.

“Hormonal imbalance from impaired natural production or from ingested steroids, drugs or chemicals can disturb the normal production of these hormones,” he said.

Dr Madziyire also explains that the imbalance can be corrected by giving drugs which correct the hormonal levels or by stopping drugs disturbing the normal hormonal production.

Lack of knowledge thus has contributed to some men creating a perception that male infertility is linked to a lack of virility (the quality of having strength, energy and strong sex drive or manliness).

Some may think that if the man is able to have sexual intercourse, then he is fertile and children are a sign of a man’s virility. Once he has done his duty, the rest is up to women but the facts are; infertility affects men and women equally.

Dr Madziyire said there can be cases in which males can be absolutely infertile.

“A man can be born with impaired or absent sperm production or the problem is acquired following disease or injury to the testis, sperm ducts. Cancer treatment (radiotherapy/chemotherapy) can also destroy sperm producing cells.”

Sperm problems or defects are thought to be the leading cause of infertility.

Some of the defects include azoospermia, meaning absence of sperm semen, oligospermia, which is the reduction in ejaculation volume and oligoteratoasthenpzoospermia which highlight a mix of problems that include low sperm count, poor movement and abnormal shapes.

However, Dr Madziyire said such defects of the sperm can be treated, depending on the cause.

“If it is inadequate production of hormones from the brain, then giving drugs with identical activity to these hormones will promote natural sperm production.

“Testosterone injections can restore potency and normal sperm production. If there is obstruction to the sperm ducts, sperms can be retrieved surgically and inserted into the woman partner when she is fertile (insemination).

“Normal sperms can be concentrated in the lab (sperm washing) and then insemination done,” he said.

Maunga represents a number of men in African societies who think they can solve infertility problems by cheating on their wives so that they can test their fertility rather than undergoing medical examinations.

However, medical intervention can lead to quick and efficient solutions to problems regarding fertility.