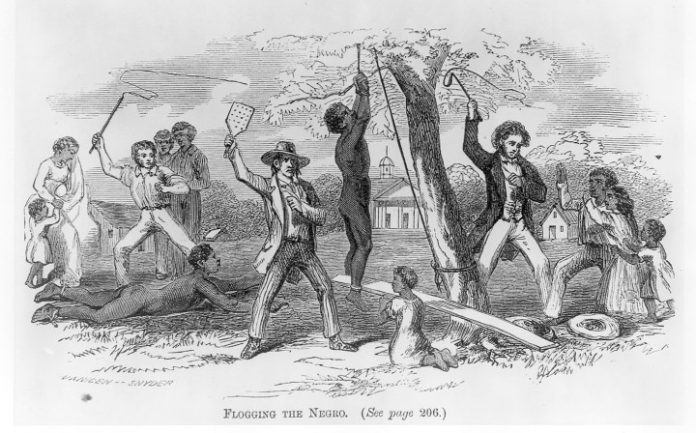 APPALLING conditions was what slaves in the Caribbean and Americas lived under.

Their toil started when they were captured on African soil.

From the violent captures to the horrors of the Middle Passage, slaves who survived to the final destination suffered further abuse on plantations.

Europeans perceived Africa as the ‘dark continent’ and believed by enslaving them, they did them a big favour.

Some even bragged their slaves were the happiest on earth.

The conditions slaves lived under were horrible.

They worked more with little to eat.

Slaves were provided space to live under with wooden shacks as shelter.

Some slave owners could provide the shelter for their slaves, but usually, where provided, it was not so rosy.

Muddy floors and overcrowding was the order of the day.

Some owners did not provide shelter but it was up to the slaves to build their houses with the available resources.

Old boards and other available materials were used to construct huts.

Some resembled the ones they left in Africa.

Heinrich von Uchteritz, a German who was captured in battle in England and sold to a planter in Barbados in 1652, likened the houses of the enslaved Africans on the island to dog kennels.

He said, they were no more than small cabins or huts:

“None above six foot square and built of inferior wood, almost like dog huts, and covered with leaves from trees which they call plantain, which is very broad and almost shelf-like and serves very well against rain.

At that time the black slaves did not sleep in hammocks but on boards laid on the dirty floor.

They had their own gardens in which they grew yams, maize and other food, and were allowed to keep chickens to provide eggs for their children.”

No furniture was provided.

They had to make beds of straw to sleep on.

No other luxuries were available in the house.

Accommodation varied from one slave owner to the other.

Some made their slaves live as families, while others lived as men and women separately.

Those who were in a family set-up were forced to share a one-roomed compartment with another family.

Up to 12 people or more lived in one room.

All ideas of refinement and decency were, of course, out of the question.

In the pathetic houses they lived, being a family unit was not guaranteed that you would live forever together.

Children who were born into slavery remained the property of the plantation owner.

There were several factors that could see the family being separated.

If the children escaped death as infant mortality was high, they could be taken away and sold at an auction.

Escape, suicide or murder by a slaveholder, overseer, slave patroller, or other dominant person could also destroy the family unit.

Today, the black-American society still suffers from such ills entrenched in them during the slave era.

Most do not value the family unit as it was destroyed during the slavery era.

“I never knew a whole family to live together, till all were grown up, in my life,” recalls Lewis Clarke of his 25 years enslaved in Kentucky.

Separation also occurred within the plantation itself, for example, by segregating ‘field slaves’ from ‘house servants’, removing children from parents to live together with a slave caretaker, or bringing children fathered by the slaveholder to live in the ‘Big House’.

How, then, did the slave family provide solace and identity? “What the family does, and what the family did for African Americans,” writes historian Deborah White Gray, “was create a world outside of the world of work. It allowed for significant others.

“It allowed a male slave to be more than just a brute beast.

“It allowed him to be a father, to be a son.

“It allowed women to be mothers and to take on roles that were outside of that of a slave, of a servant.”

When did the enslaved child realise how his or her family life differed from the slave-holder’s?

How did enslaved adults cope with the forced disintegration of their families?

Such is the life in black-Americans’ lives which do not treasure the family unit and all social ills are part of their society owing to yesteryear treatment.

The accommodation provided for slaves usually consisted of wooden shacks with dirt floors.

According to Jacob Stroyer (an African-American former slave who became a preacher in Massachusetts, best known for his autobiography, My Life in the South: “They were built to house two families.

“Some had partitions, while others had none.

“When there were no partitions each family would fit up its own part as it could; sometimes they got old boards and nailed them up, stuffing the cracks with rags; when they could not get boards they hung up old clothes.”

Josiah Henson was born a slave on June 15 1789 in Charles County, Maryland.

He was sold three times before he reached the age of 18 and wrote that: “Wooden floors were an unknown luxury.

In a single room were huddled, like cattle, 10 or a dozen persons, men, women and children.

We had neither bedsteads, nor furniture of any description.

Our beds were collections of straw and old rags, thrown down in the corners and boxed in with boards; a single blanket the only covering.”

On food, the slaves sometimes were given pots and pans for cooking, but more often they had to make their own.

The long hours they had to work in the fields meant they had little free time to make items to improve their living conditions.

Some slaves used a hollowed out pumpkin shell called a calabash, to cook their food in.

Most plantation owners did not spend more money on food for their slaves than they had to and so the slaves lived on a diet of fatty meat and cornbread.

On food, Henson said: “A description of the everyday life of a slave on a southern plantation illustrates the character and habits of the slave and the slaveholder, created and perpetuated by their relative position.

The principal food of those upon my master’s plantation consisted of corn-meal and salt herrings; to which was added in summer a little buttermilk, and the few vegetables which each might raise for himself and his family, on the little piece of ground which was assigned to him for the purpose, called a truck- patch.

In ordinary times we had two regular meals in a day: breakfast at 12 mid-day, after labouring from daylight and supper when the work of the remainder of the day was over.

In harvest season we had three.

Our dress was of tow-cloth; for the children, nothing but a shirt; for the older ones a pair of pantaloons or a gown in addition, according to the sex.

Besides these, in the winter a round jacket or overcoat, a wool-hat once in two or three years, for the males, and a pair of coarse shoes once a year.”

Slaves would be given one pair of shoes and three items of underwear a year.

Although these and other clothing would be provided by their owner, they were often ill-fitting and made of coarse material.

Most slaves had to work from sunrise to sunset.

Some owners made their slaves work everyday, others allowed slaves one day a month off and some allowed their slaves to have Sundays as a rest-day.

Slaves would spend their free time mending their huts, making pots and pans and relaxing.

Some plantation owners allowed their slaves a small plot of land to grow food to supplement their diet.

Slaves were not allowed to read or write, but some were allowed to go to church.

Socially, there were more men than women on the plantations in the West Indies.

He states it was the living conditions that were responsible for their behaviour in some instances:

“The masters roundly condemned the slaves for their pigsty morals, they had a case there but ignored the fact that a great deal of negroes’ behaviour stemmed from the way in which the male slaves on an average plantation outnumbered the women by six to one.

Indeed apart from singing and dancing there were few diversions left to the negroes except fornication ad sodomy and opportunities for fornication were not always easy to come by.

Half a life-time he escaped from slavery in the West Indies, a Negro remembered how difficult it was to catch a woman there and he said the majority of men had to turn to pederasty (sexual activity involving a man and a boy).

For the industrial revolution to be on full throttle in Britain, it was the sweat of the slaves that greased it.

Nothing was ever rosy in the days they lived on the plantations. Sugar that sweetened the teas in the UK was produced with the sweat and blood of the blacks.