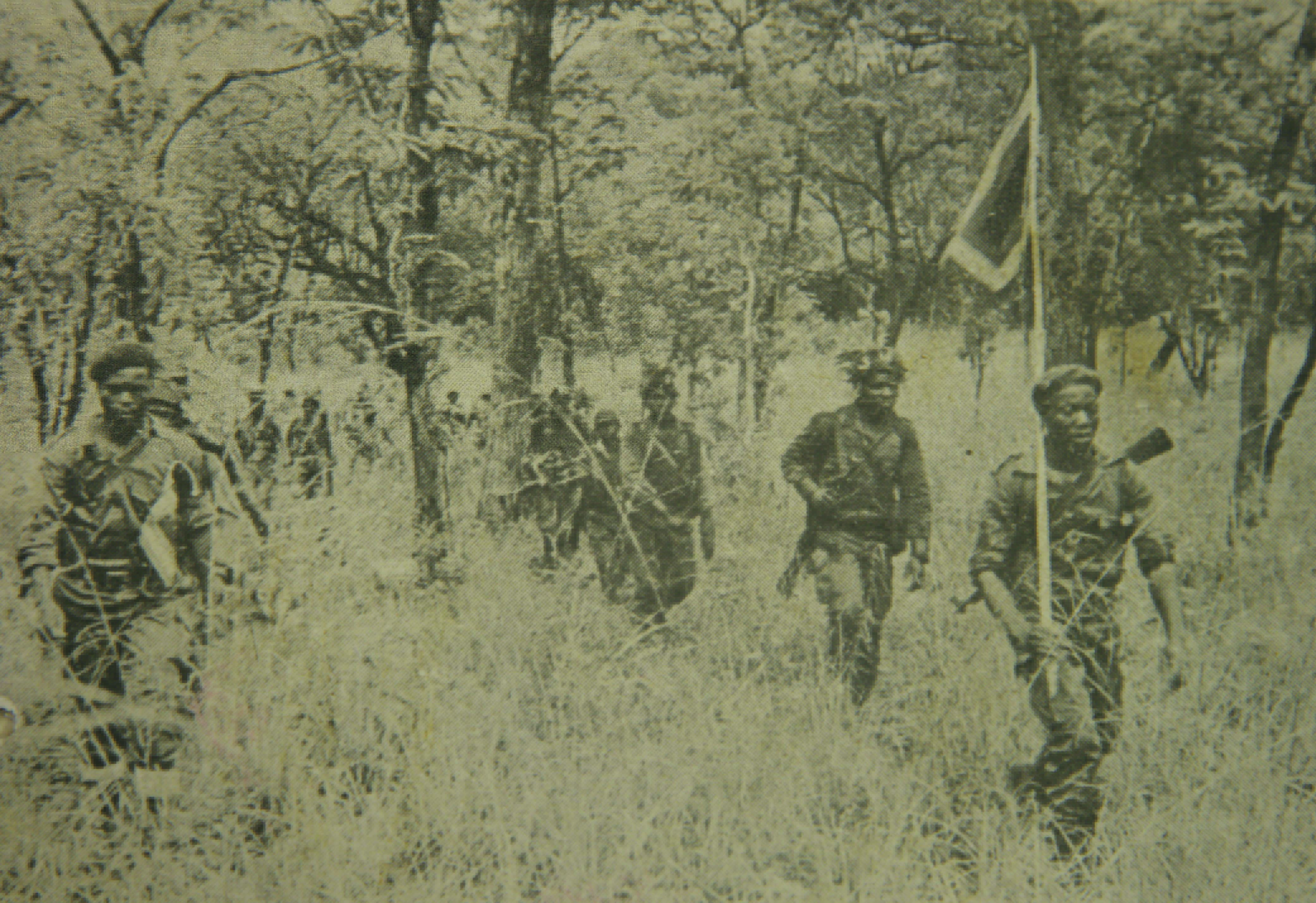 BEFORE the bombs I saw Action briefly at Mtetwa Village near Nyagwamba, which was on the western rim of a huge circle of villages that surrounded St Barbara’s Mission.
I was delighted to see him on his feet wondering about.
He was making good progress.
In his own words anytime he would be returning to his favourite haunt Madetere/Epiphany and Arnoldine.
A note on St Barbara’s/Nyaduve will be in order at this moment.
The mission lay in the centre of a basin surrounded by several villages that were overlooked by huge bald granite domes.
On the north-east the land fell away in rugged manner to the deep silent pools of the Mubvumira River.
To the south, the basin was bound by the hills of which the centre were the Gutu Hills which had rich cover and endless caves.
It was the ideal guerrilla territory, but after a series of battles in 1976 and the first half of 1977 we never used them again as a base.
The main reason was that they were easily accessible by a good gravel road that branched off from the Rusape Nyanga road.
To the west side the land fell steeply into Nyamuhabi River and the little villages of Mutanga and beyond there was the Changunda then onto Nyagura range which held the notorious Chiwira Mountain.
The story of Chiwira looms large in the Chimurenga stories of Makoni and fades into my legends of the whole district.
To the north the mission of St Barbara’s somewhere in the centre, Banhu Village lay to the east of the basin.
Nyagwamba Village bordered Gutu Hills in the south fading into Mugura Village and beyond into Nyatande.
Mtetwa Village was on the western edge.
To the north, holding the all important road was Gwata Village.
The land rose gently past Gwata Village into Gumi, Kakora and into Nyamhuka/St Triashill and this was the only accessible route for motor vehicles from the main Rusape Nyanga Road.
A good road was always bad news for comrades.
This was the same road we had ambushed a convoy sometime in August 1977. The whole area according to an old man I once talked to was called Nyaduve and St Barbara’s was a missionary innovation that sought to erase Manyika/Ungwe identity.
With the exception of the road from the north the area was very difficult to access except by air.
This perfectly suited ZANLA operation and little wonder JOC Rusape openly admitted Barabara: headquarters yemaGandanga.
Indeed it was not so much because it was some operational headquarters, but anytime the several villages were bound to host one if not more units of guerrillas.
The main reason was that it was an important junction of several guerrilla routes from the interior which converged into one arterial route to the rear base of Mavhonde.
Guerrillas in transit to and from Chiduku, Wedza, Chihota, Svosve, and ultimately Mhondoro detachments often used this route from Inyazura.
They would pass through Makoni/ Zuze area, cross the Nyatande at several; points, but most routes converged at confluence of Nyamuhabi and Nyatande then up the slopes of Gutu into Nyaduve/St Barbara’s then cross Mubvumira River into Mushanawani Village which was overlooked by a range of bald domes that ran from north to south.
There was a dangerous pass in those mountains that led to the isolated and inaccessible villages of Nyachibva, Bethania and Zambe.
This was the eastern limit of Makoni detachment.
Other routes from Nyaduve crossed Nyamuhabi into Changunda Hill then into Nyagura on to Mawango Range.
Others struck northwards to Kakora, Nyamurundira, Manjoro and Horore. Manjoro Village was the area where Bazorka and others died in 1979.
This background is necessary to clearly understand the strategic importance of Nyaduve.
It was a critical supply route: a factor which the Rhodesians were acutely aware of, but they could not stem the flow of fighters and material.
The best was a round the clock surveillance.
At any moment there was always a good chance of having observers in the hills of Gutu or the bald dome overlooking Banhu Village.
It was such an observer unit that sealed the fate of Action and others in March 1979.
It is said Action, Liberation, Zvitunha the Detachment PC and Gondo were based in Banhu Village along with several others.
It is also said Yutho Killer arrived soon after dawn with a unit in transit to the rear bases for war materiel.
They deployed themselves in the full view of observers who were in the hills overlooking the village.
I do not know if the Rhodesians knew Action was there that morning, but it is quite clear they had been hunting for him for quite some time and they knew he had been injured sometime in a fire fight in the farms near Epiphany.
On that fateful day it was partly overcast and gloomy.
As I observed earlier, I had started a learning session with Patts only to be interrupted by the high pitched whine of a Cessna screaming up the Nyagura Range.
It was clear that it was going into battle.
What we did not know was where.