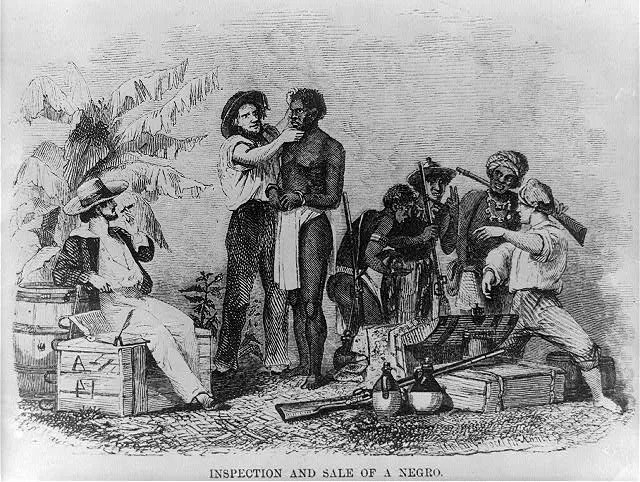 THE West has, for aeons, glossed over the negative effects of the Transatlantic Slave Trade to a point where they have almost succeeded in erasing their hand in one of the world’s most heinous crimes against humanity in living memory — the enslavement of people of colour — if the media products that whites churn out are anything to go by.

What do I mean?

Take for instance the animation series Jack and the Neverland Pirates.

The cartoon series teaches our children that there were pirates who used to hunt for treasures in Africa and the Caribbean.

The pirates lived in squalid conditions and were forced to eat stale food.

A number of pirates’ trademarks were one eye, a missing limb which would be substituted by a wooden leg, while a missing wrist would have a hook in its place, hence the popularity of ‘Captain Hook’.

Many African children dream of being pirates who would one day get a treasure map and eventually embark on a treasure-hunting expedition to some remote island.

Because of these caricatures as well as stereotypes, African children and adults alike have formulated an image in their heads that accepts pirates to be a permanent feature in our past, free of any blemishes.

But what is a pirate?

This is a thief who robs at sea.

Most pirates lost a limb when they came into contact with communities where they sourced slaves from, who would not take their actions lying down and would resist capture, sometimes overcoming their would-be captors.

And the whiteman’s kith and kin who robbed unsuspecting Africans, carting them across the Atlantic Ocean are the ones found wanting.

They robbed and plundered our land.

They stole our gold, raped our women and swindled well-meaning chiefs and kings.

But that is not the story they tell.

We are made to sympathise with pirates because they lived in detestable conditions.

In Jack and the Neverland Pirates, the pirates are said to have had seaweed and rotten socks for sustenance.

Other productions such as Swashbuckle, even host hoards of children role-playing pirates and sympathising with their plight.

The same is done when Hollywood okays shoots for movies on 9/11 as well as the US war on Afghanistan.

The audience is cowed to sympathise with the American forces.

Reasons for such wars are usually glossed over.

And if one turns back the hands of time, it becomes crystal clear that this practice has its roots during the times of the Transatlantic Slave Trade.

Going through the literature on one of the world’s most heinous crimes against humanity, it is shocking to note that the millions of people captured in Africa and condemned to slavery are presented as voiceless.

The voices that are documented belong to the early explorers who mooted the idea of the slave trade, their recruiting officers, caboceers and kings who included fellow Africans who helped capture their kith and kin, as well as auctioneers and, later on, slave owners.

However, this article will take the reader on a voyage exploring written accounts of kings and caboceers who took pains to paint a gloomy picture of their squalid living conditions that did not match their ‘status’ in society.

Never mind the detestable nature of what they were trading.

In their eyes, blacks were just another commodity that could be traded for brandy, cigarettes, beads, cloth and mirrors.

According to Oliver Ransford in his book, The Slave Trade: The Story of Trans-Atlantic Slavery:

“Their accommodation was often no better than the Africans’, and one agent counted himself lucky to find a house made of ‘long sticks mudded over and whitewashed, having the inside lined with sticks and well thatched above’.

The single agent was more likely to suffer from malaria, dengue, dysentery, trypanosomiasis and the effects of hard drink than were the men of the castle garrisons who were attended by a Company doctor.

During their year’s service anything from 25-to-50 percent of these solitary newcomers died from disease, and their corpses would be carried off to the overgrown cemetery in the bush which was grimly referred to by their successors as the ‘hog yard’.”

The Guinea seaboard was regarded as the harshest in the world that sailors often sang a shanty that went:

Of the gulf of Benin

For the one that comes out

There are forty goes in.”

An account from one Owen tells us he spent eight years without a single letter from home.

He adds that apart from his bed clothes, his other possessions comprised a cotton sheet, food which was limited to rice, fowls and palm oil, together with occasional coffee, tea and chocolate.

One can note that the pathological dislike of Africans by the slave traders, caboccers and kings was used as a shield to justify their trafficking of human beings.

John Lok had made an assertion as early as 1554 that negroes, “…were a people of beastly living, without God, law, religion, or commonwealth,” and applauded the opinion of another early visitor, John Mathews, who described the Africans as, “…extremely indolent… full of treachery and dissimulation… and addicted to pilfering.”

For everything about the negroes appeared profane, corrupt, bestial.

Joseph Conrad goes overboard in his Heart of Darkness using symbolism, including the use of the colours black and white to depict light and darkness and, to him, this colour imagery boils down to white race representing good while black stood for evil.

Slaves are thus depicted as the colour of darkness and are regarded as insignificant to the colonialists.

However, while the Europeans’ opinion of Africans of Guinea was unjustifiably harsh, it was at least occasionally conceded that some of their faults might have been brought about by the traders’ behaviour.

Barbot notes that: “If the negroes be generally crafty and treacherous it may well be said the Europeans have not dealt with them as becomes Christians, ‘having’ very unjustly and inhumanly, without any provocation, stolen away abundance of the people’.”

By extrapolation, the slaves were confined to inhuman conditions.

But the caboceers and kings were not bothered.

“If they survived the first twelve months at the ‘whiteman’s grave’, the factors were to some extent acclimatised to local conditions, and a few are known to have lasted thirty years in Guinea.

But they were never really fit for more than a few weeks at a time; the sailors who knew then quipped that their bodies were pickled in alcohol and their brains burned up by the heat… Theirs was a life of almost unbearable boredom, an endurance test rather than a career.”

The above quotation is profound.

One is naturally persuaded to put oneself in the caboceers’ shoes and imagine life as a slave trader and merchant.

“Every one of them was always on the look-out for chance to get drunk,” writes Ransford.

“One agent looking back found himself asking ‘Who can comprehend the insufferable lassitude and despondency that overwhelms an African resident, as he lies on his mat-covered arm-chest, and listens to the endless deluge pouring for days, weeks and months upon his leaking thatch?’ For company, the agents were limited to corrupt native chiefs and the five or six black mistresses whom most of them kept, together with the mulatto offspring they had destined to be employed by their companies as interpreters and sub-agents).”

What comes out clearly is that the slave trading posts were manned by whites, Africans and their mulatto offspring.

And one can read between the lines that those who recorded their accounts, especially the white folk, vented out their frustration of being cut off from their comfy lifestyles and living away from their friends.

However, despite so many spirited attempts to paint a gloomy picture about their environs, some slave traders would let the cat out of the bag and paint a more accurate picture free of negative prejudices.

“…attempts were made to approximate daily life as far as possible to European standards.

The officers could afford English provisions which were brought in for them by sea, and in good stations they were also provided with home-grown fruit and vegetables.”

There is also another account by an agent stationed at the Cape Coast Castle who wrote: “At a little distance from it is a very fine and large garden, abounding with all manner of fruits that the country produces, cocoa-nuts, tamarinds, pine-apple, grapes, limes, guavos (sic) and the casava tree, all planted between the hills in an exact order in walls, containing about twenty acres of ground; besides there is plenty of plantations and bananoes (sic) and several other fruits.”

The above candid account flies in the face of recorded derogatory accounts and shows that the West has craftily tried to cover their grotesque past in human slave trade by shifting people’s attention to the so-called plight of enslaving agents.

This is most unfortunate.

The history of the slave trade is still told through the lens of the enslavers.

And for centuries, smokescreens have been set up to hide the real horrors of the worst practice known to human-kind, which has changed faces over the years and is now known by another name.

However, as the Africans say: “What forgets is the axe that cut down the tree, not the tree that was cut.”

The scars of the Transatlantic Slave Trade inflicted on Africans will forever be etched in Africans’ memory.

Revisiting this past is important in evaluating where Africans are, as a people today, and what they aspire to achieve in future.

All we know is that the former slave master will try to find ways to conceal his involvement in any sinister plot that fosters white supremacy.