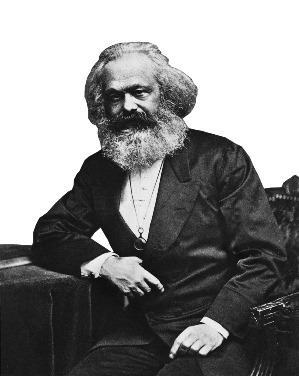 WHEN people say culture is dynamic, especially Africans, they are unaware that they are comparing culture to a dynamo and saying culture is like a dynamo.
In their minds they are saying one can leave one’s culture and follow other peoples’ cultures or come up with a mixture of both.
That mixture is what they call dynamic.
If you ask them to give examples of the so-called dynamic cultures in the world, they do not point to Indian culture or to Japanese, Chinese, Russian or Mongolian culture.
They point to Western culture, where men and women are so dynamic that they can change from a man to a woman and from a woman to a man; and where a man marries a man and a woman marries a woman, against natural law.
That is what they mean by culture is dynamic.
Some in the West are so dynamic that they change from a human being to an animal.
Some on National Geographic Channel have painted their bodies into a lizard and filed their teeth into those of a lizard and call themselves Lizard Men.
The paint does not come off.
It is indelible like tattoos.
And they live in the forests among lizards away from human society.
That is what is meant by being ‘dynamic and moving forward’.
If you ask African youngsters where the West is really moving forward to in terms of culture and human values, they are clueless.
If you ask where the West is coming from in terms of culture and values, they are equally clueless.
According to them, it is just fashionable and so exciting to follow the West.
This is why you find African women using corrosive chemicals to change their skins from black to white.
This is also why you find our young men in so much agony to change their accents from African to European.
In fact, there is nothing being dynamic about hopping around the world imitating one culture after another.
It is to be unstable and confused.
Let us go back to the idea that culture is like a dynamo to illustrate this point.
First, a dynamo does not change from a dynamo to another metal.
It does not go about acquiring properties for its dynamism from other metals.
A dynamo remains a dynamo.
It is propelled forward by its own intrinsic properties or dynamism, not by forces from outside itself.
Again, for those who compare culture to a dynamo and say it is not static, a dynamo is not always in motion.
It is at rest when it is not performing any function.
If a dynamo is part of an engine, it performs its propelling functions in the particular place where it is inserted in the engine.
It does not rebel against the engine where it is inserted and jump out of that engine to go and find other dynamos in other engines to emulate.
So, those who say culture is dynamic are simply giving an excuse for rebellion against their societies, and most importantly, against the values of hunhu/ubuntu which we call culture.
The values of ubuntu/hunhu are not dynamic.
They are there for all time.
They make us human and distinguish us from animals.
You are human according to the dos and don’ts of your society, or you are a mere animal rebelling against your society’s values of hunhu/ubuntu.
The result is that you are un-rooted and lost and wandering from place to place.
This is what Okot p’Bitek means when he reminds us that human beings do not behave like dry leaves, smoke or clouds which are blown here and there by the wind.
Men and women live in organisations called institutions, the family, clan or nation.
They have a religion, an army and a legal system.
All these institutions are informed by, and in fact, build around the central ideas people have developed; ideas about what life is all about, that is, their social philosophy, their worldview.
The view of culture as something separate from the way of life of a people, something that can be put in books and museums and art galleries, something that can be taught in schools and universities for examination purposes, or enjoyed during leisure time in theatres and cinema halls, the view of culture as something that can be bought and sold, where the artist is some very special fellow who is paid with money for his works, is entirely alien to African thought.
What goes on under the label ‘culture’ in the cities and towns, in schools and universities and in churches and headquarters of the ministries of culture in Africa, are in most cases, irrelevant if sometimes amusing.
Since these activities are not based on any particular or relevant social philosophy, they do not contribute anything to the moral life and upbringing of our youths.
It is this kind of thing or ‘culture’ that Karl Marx would refer to as the opium of the oppressed for the amusement of the elite who do not even take part in it.
To be culturally dynamic therefore means to be a part of Africa and her thought, and to be an element of that popular energy which is entirely called forth for the freeing, the progress and happiness of Africa.
And by ‘progress’ we mean making life more meaningful and ensuring the maximum participation of every individual in the productive activities of society here and now.