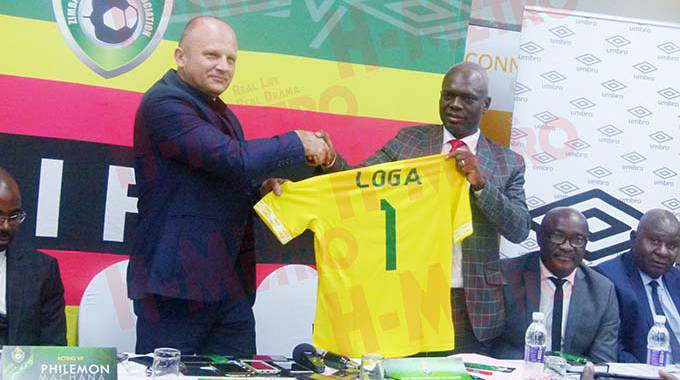 EDITOR – LESS than two months after his appointment as the new Warriors head coach, Zdravko Logarusic faces a stern test.

In March, he has to steer his ship past the terror-inducing desert foxes of Algeria in two crucial back-to-back Africa Cup of Nations (AFCON) qualifiers, matches which will decide whether we qualify for next year’s edition or not.

He has to get good results against Algeria, the reigning champions of Africa, a team so good that during last year’s AFCON tournament, they defeated the much fancied Teranga lions of Senegal twice, first in a group match then in the final of the tournament to clinch the coveted trophy.

As if that’s not enough, soon after the tricky Algeria test, the CHAN tournament commences in Cameroon in April.

Zimbabwe has been placed in group A together with hosts Cameroon, Burkina Faso and Mali, in what is probably the group of death.

Cameroon will have the advantage of playing in their own backyard, while Burkina Faso are two-time finalists and Mali are a powerhouse in African football.

This is more than just a mountain for him, which leaves me with the question: Is he ready for such a challenge?

A lot of scepticism was raised after his appointment, considering that his credentials did not do much in justifying his appointment, bearing in mind that we had seemingly better options such as in the Serbian, Milutin ‘Micho’ Sredojevic, who eventually joined Zambia after ZIFA stalled his appointment long enough to allow swift Chipolopolo to hijack him.

Talking about ZIFA, are they ready to fully support especially such a coach?

A coach whose nomadic managerial career has been marred by controversy on every aspect, coupled with ZIFA, who are also not new to controversy themselves due to their weakness in executing their pecuniary responsibilities.

I feel a mother of all controversies brewing here.

I have never been more sceptical my life.